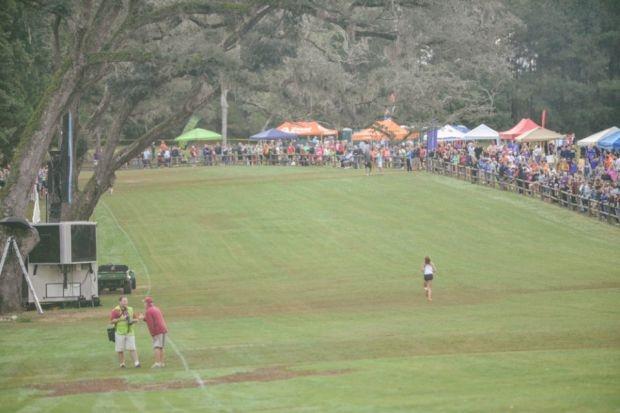 With a governor ordered state of emergency in North Carolina, the Great American Cross Country Festival cancelled Thursday evening, leaving several of Georgia's top teams scrambling to find a place to race this past Saturday. In a matter of hours most of these teams settled on the FSU Invitational, also known as Pre-State, thanks to the generous support of Meet Director, Chris Sumner, and his crew. Mill Creek coach, Andy Christie, said, " they were so kind to accommodate us and the other Georgia schools once Great American was cancelled." So, on Friday morning, teams from Brookwood, Mill Creek, Marist, St. Pius, and Peachtree Ridge headed south on I-75 toward Tallahassee, instead of north towards Cary. 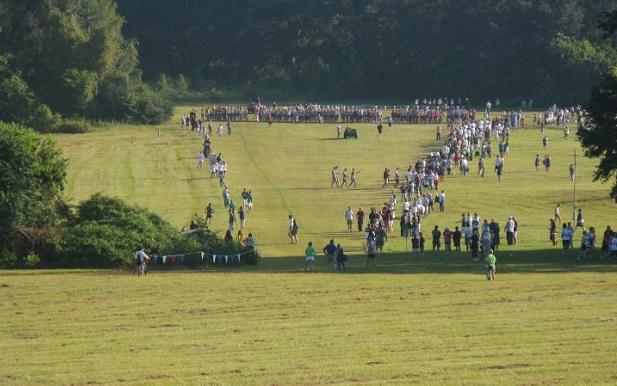 The course at Apalachee Regional Park just outside of the city is championship quality, comparable to what you find at WakeMed. It's a two loop, pristine, multi-surface course designed specifically for cross country running. Even though it rained much of Friday evening, the course drained exceptionally well and was in nearly perfect conditions for Saturday races. On race morning temperatures were cool with a bit of very light rain. Coach Eric Heintz from Marist said, "It was a very classy meet on a beautiful course. FSU does a wonderful job, the meet ran on time and they ordered the perfect weather. I would strongly consider going back." Christie, said, " the meet was fantastic. The course is great - they have obviously put a lot of time and effort into it." 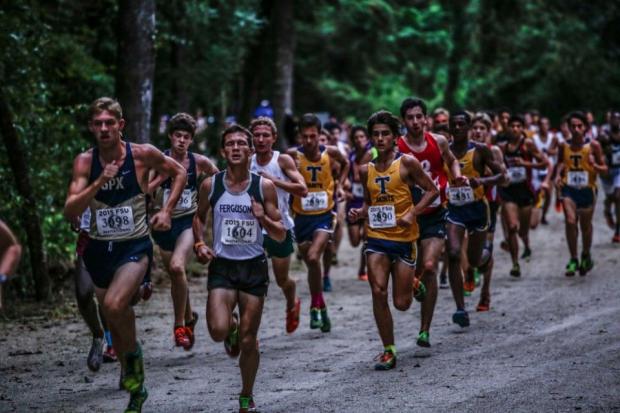 BOYS- In the first race of the day, Boys' Elite, teams from Brookwood, Marist, Mill Creek, St. Pius, and Peachtree Ridge battled it out against some of the best teams in Florida. It was clear very early on that St. Pius was going for it, as they were up front pushing the pace just behind the lead pack. 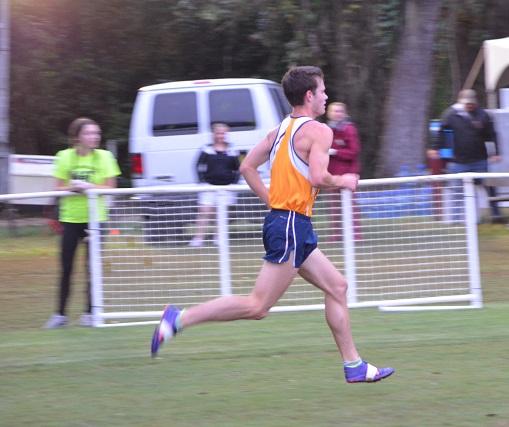 Marist's Frank Pittman was with a large front pack for all of the first loop and into the second. Heintz commented, "the most interesting thing is seeing five to eight guys run for the win. That is something you don't see at most Georgia races." As the race unfolded a gap formed between Pittman and the lead pack, and he spent much of the second loop trying to regain position. 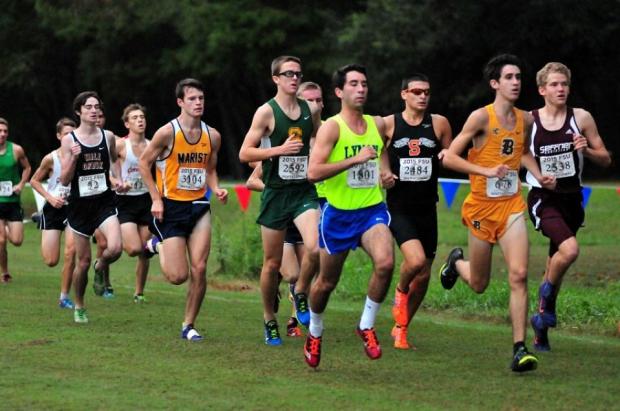 Sam Costa Meanwhile, Mill Creek's Sam Costa was having a spectacular race, finishing in 5th place with a school record 15:30. Andy Christie commented, "I'm thrilled with the races of Sam Costa and Noah Hollis (who ran under 16 for the first time)." Pittman came in behind Costa, in 6th place with a time of 15:36. Pittman said the race "was a good eye opener for where he wants to be at the end of the season." 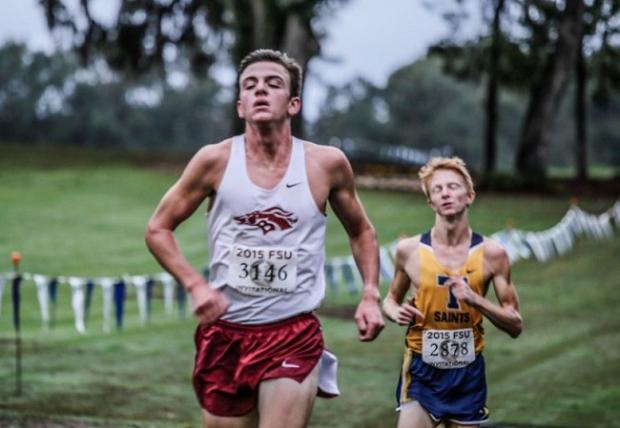 As the team race progressed, it was apparent that the team from Trinity Prep in Orlando was the class of the field. They put their top 5 all in the top 24 positions, with just a 23 second spread. From Coach Heintz's perspective, "Trinity appears to be in a different league than the rest of the Southeast. Brookwood impresses once more." That's because Brookwood moved up nicely the entire race, finishing second in the competitive field. Zach Israel was well under 16 minutes in the race, finishing just behind Pittman. 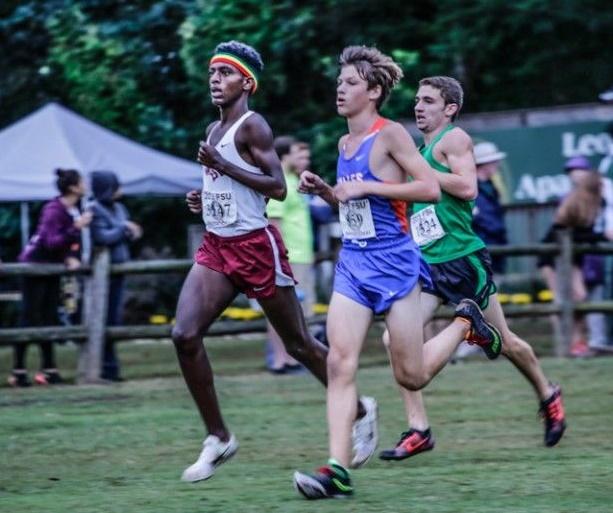 Gruem Tesfamariam also dipped under 16, helping to lead Brookwood to the impressive finish. But, AAAA's Marist wasn't far behind, finishing just 8 points behind the Broncos, and settling for a 3rd place finish. Marist's 16:17 team average was a school record, and the spread between #2 and #5 was just 23 seconds for them. Mill Creek finished in 5th place with a 16:17 average, the 2nd best average in school history. Their first four runners were superb. Andy Christie said he "was pleased with how we raced. We recently learned that our #4/5 runner Delaney Moore is out for the year with a stress fracture so for our first race without him I thought we did fairly well." St. Pius fell off of the early pace, and dropped back to 8th. Look for them to regroup and be back in force at Coach Wood. Peachtree Ridge was led by Nate Reichard's 11th place finish to an 11th place team finish in the field of 28 teams. Georgia performed well by any measure. 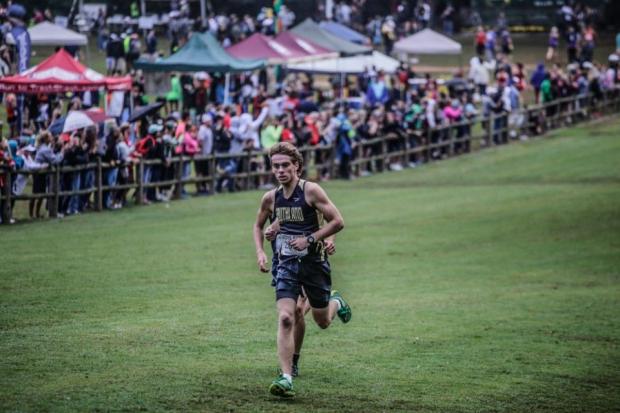 Wright Calhoun of Southland won the Varsity 'A' race (fl.milesplit 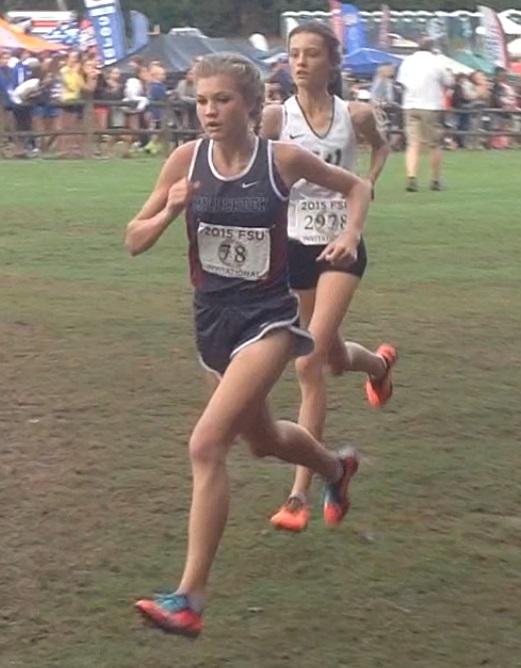 GIRLS- The same Georgia teams competed in the Girls' Elite race, with the exception of Peachtree Ridge. Coach Eric Heintz said, "To see a school like Winter Park finish fourth shows you just how great this meet was on the girls side." The story of the race locally must be the Mill Creek team, easily defending their #1 All-Class ranking against some top Georgia programs, and defeating nationally ranked Winter Park along the way. 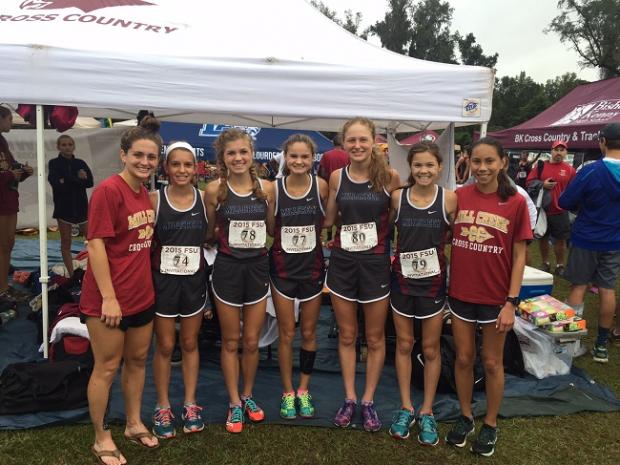 The Hawks were led by senior, Hannah Petit, who finished 6th in the team standings. Petit shifted the focus to her teammates when she said, "we were all excited to race in Florida because it was a new experience for all of us. We did not know what to expect, but we we all went in with an open mind and the mindset that we were going to have a great race, and as it turns out, we did." Mill Creek finished the race in 3rd place behind two very strong teams from Pine Crest and Bolles. Petit went on to say that "coming in third as a team overall, a placement ahead of Winter Park, made the race that much more exciting. I am so proud of how everyone on the team raced and I know that all of our hard work is paying off!" Heintz said, "Credit must be given to the Mill Creek girls for showing up big time and representing Gwinnett County and Georgia very well. The race between them and Northview at Carrollton in November will be very interesting to watch." 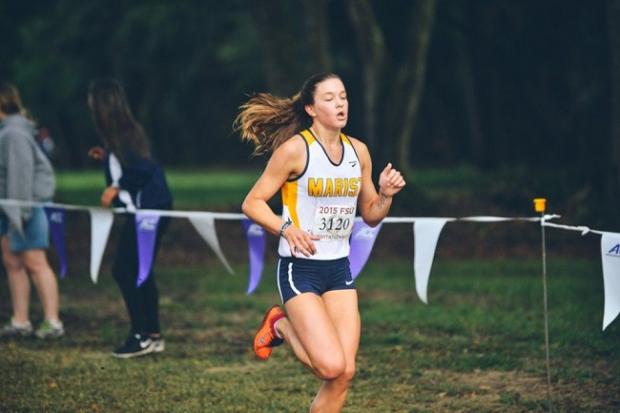 The young team from Marist had their best race of the season and finished 5th. Josie Wirtz led the War Eagles with an 18:50 and 14th place finish in the team race. Myriam Alvarez and Kendall Nelson finished ahead of the #2 and #3 Winter Park runners, which they saw as a big step forward. 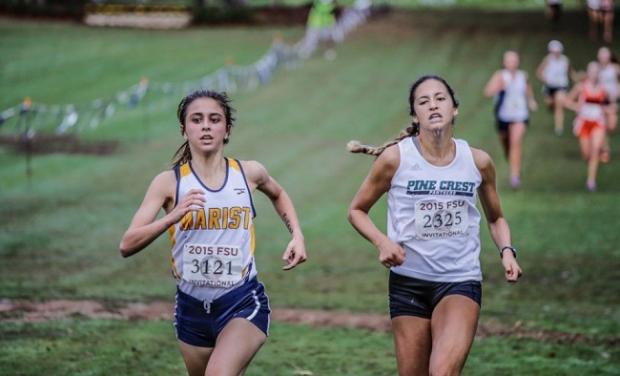 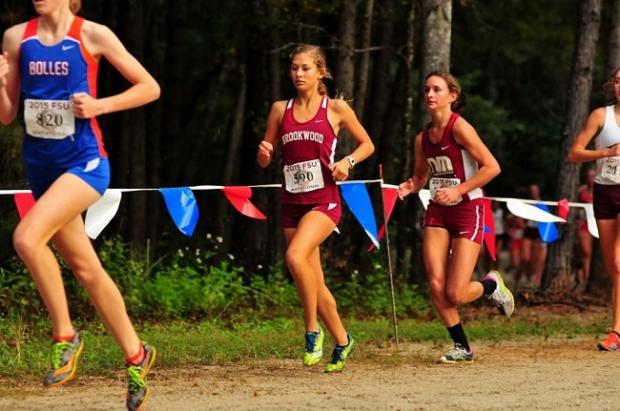 Lauren Flynt raced well for the Broncos of Brookwood, finishing with a time of 18:46, while her team finished in 8th place. The Marist girls commented that they could feel the presence of St. Pius for the entire race. The Golden Lions finished in 10th place, led by Jessica Tardy. The battle for the AAAA title looks to be an exciting one. Four teams from Georgia in the top 10 against the best Florida has to offer. It was a good day. 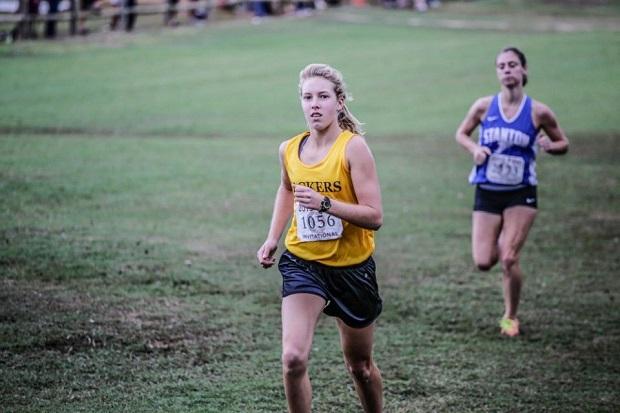 Colquitt County's Elizabeth Funderburk (above) didn't have to travel far to Tallahassee winning the Varsity 'B' Overall race in 20:18 (fl.milesplit)