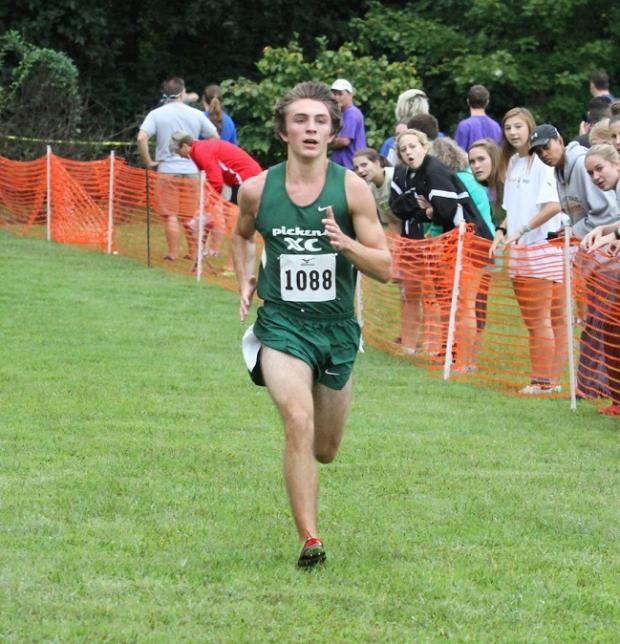 Sean Parker from Pickens County takes the win at Mizuno Covered Bridge in 16:31

Fifteen teams tested out the new Covered Bridge layout at Garrard Landing Park Saturday with Grayson's boys' team and Alpharetta's girl's teams finishing on top. The new course provided great spectator viewing and a far better two loop course for the competition. The weather made for the most enjoyable racing conditions so far this season.

Grayson used impressive pack running led by Joseph Gunn to race to a solid victory over second place Roswell. They positioned 5 of their runners in the top twenty to win by 20 points.

Sean Parker of Pickens County showed he will a force to be reckoned with in 4A as he cruised to victory with a 16:31.03 effort. A trio of racers, Taylor Scarbrough from Cherokee, and Joseph Gunn and Iyasu Binchamo both from Grayson were the only other guys to break 17:00 on the course. 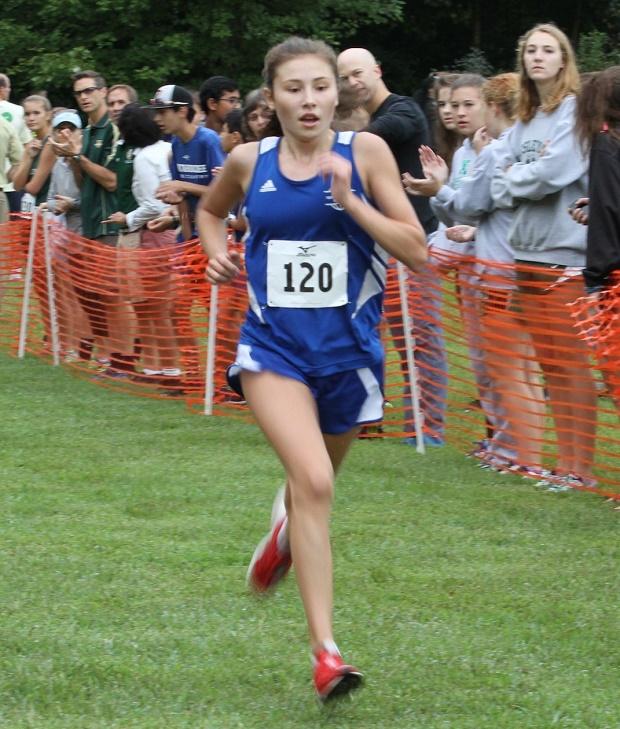 Helen Williams is back in form as she won the Overall Girls title in a very fast 18:19

On the girl's side, Helen Williams cruised to victory after breaking away from determined Grayson runner, Yanely Gomez, at about the halfway point. Helen posted a fantastic time 0f 18:19.45, the third fastest time ever run at Garrard to secure her place as a serious threat to the class 1A championship. Yanely Gomez also looked very impressive being the only other girl to break 19:00 at 18:56.58. She certainly has secured her place among the Georgia Elite runners.

Alpharetta's girls showed they are returning to the form they had several years ago by besting Roswell's girls in a close race, so close it was determined by the 6th runner. Alpharetta was led by a solid performance of Kenedy Thorne at 20:22.92 who followed the other two top five finishers Katie Meyer (19:45.00) and Rachel VanAmburgh (19:46.95) . Alpharetta placed all five of their scorers in the top 21.