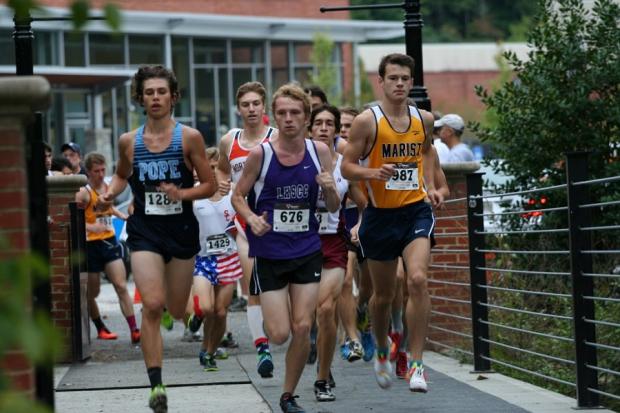 What an outstanding event this was hosted by Marist. Great racing Individually and for the team titles. Marist Boys have brought it early in 2015 and could go up the All-Class Rankings after dispatching a very quality field winning by 45 points. Winter Park (FL) showed how incredible they are defeating Marist's gals by 45 points! Lindsay Billings and Frank Pittman were their awesome selves as usual pulling away adding another notch in their title belts. 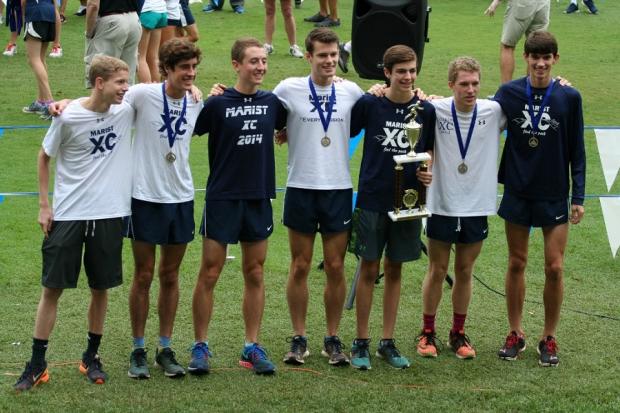 Varisty Boys- The boys race went out SLOW. Frank Pittman came through the mile in 5:17 and actually ran even splits which is very difficult to do, considering the challenge of the hills in mile three. Marist's boys are definitely the real deal this Fall as the War Eagles pounded a competitive field defending their home turf winning the team title handily by 55 points placing 4 harriers in the top 19 positions. Frank Pittman was business as usual leading the way taking the Overall win in 16:30. Sr Jimmy Brewster has found his spot taking 6th in 17:14, Knox Pittman secured 12th overall posting a 17:27. 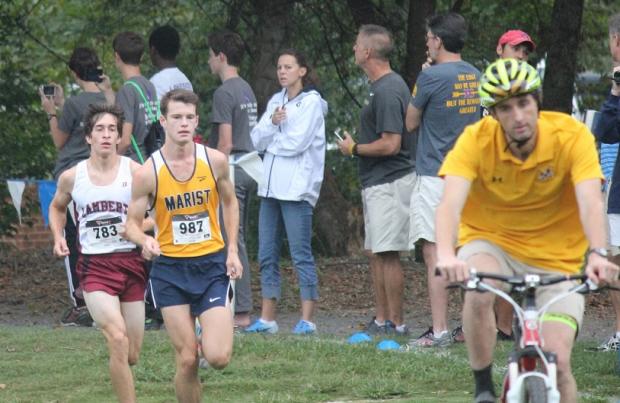 Schwind (L) and Pittman push the race 'Rabbit' at the midway point.

Team racing was tight for the top 3 awards with Coach Tigue's Lambert squad seizing 2nd led by Overall runneup Jonathan Schwind at 16:57. South Forsyth was 11 points back for 3rd with Jr. Matt Patterson going 5th in 17:14. Alexander made a statement to 5A a close 4th led by Jr Braeden Collins 7th place finish at 17:15 and Austin Muse's 11th (17:25) 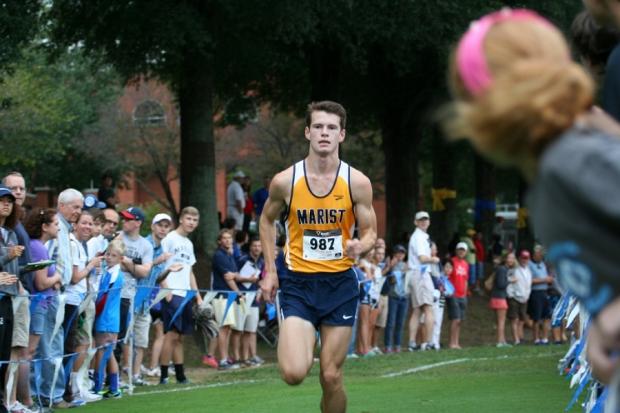 Frank Pittman hustles to the finish line for another impressive win.

Rounding out the top 5 not mentioned above were: Sr. Sam Shaylor of North Cobb racing to 3rd in 17:09 and Chapel Hill Jr Wilson Moore 4th at 17:12. 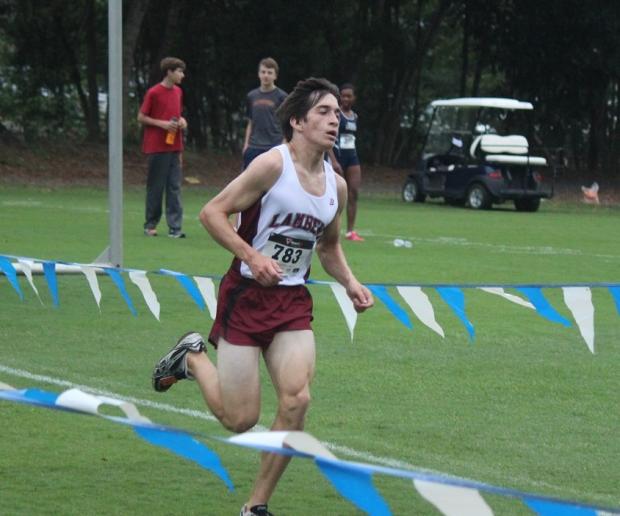 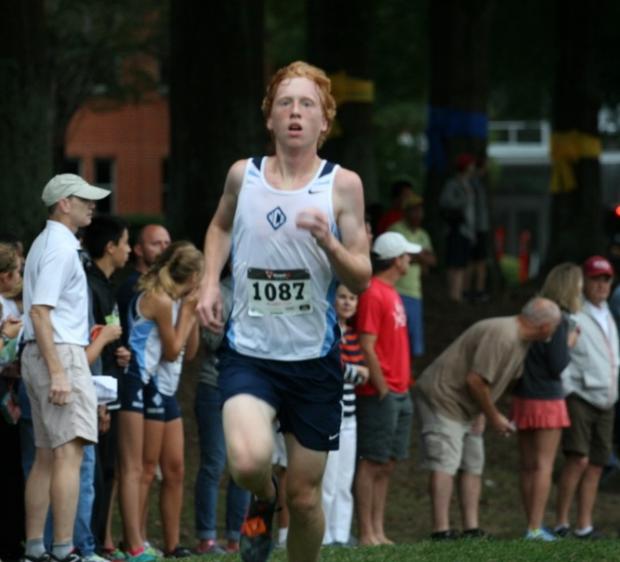 North Cobb Christian's Sr. Sam Shaylor may be the man to beat in 1A Private after a strong 3rd place finish. 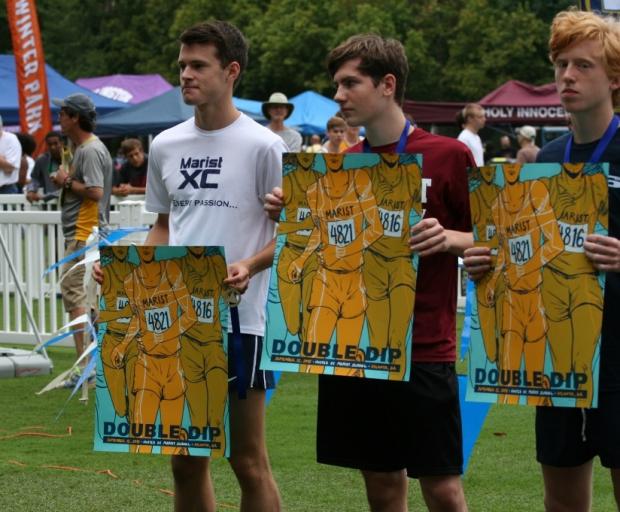 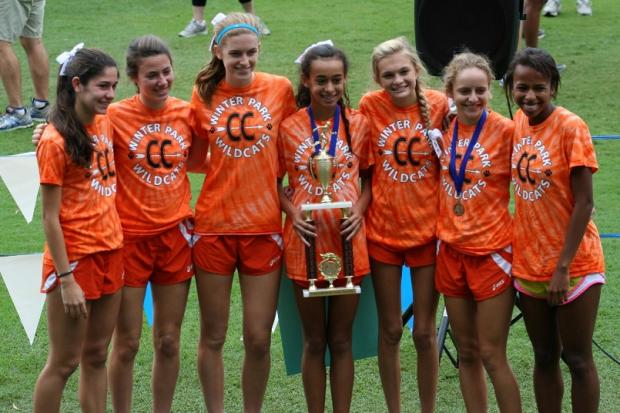 Varsity Girls- I really don't folllow the National scene until later in the Fall. But, now that will change, as Winter Park's girls left no doubt they can compete at NXN Nationals whipping a solid Marist squad. They ate up 4 positions in a loaded field from #17-33 as well as soph Rafaella Gibbons leading the way taking 3rd overall at 18:43. 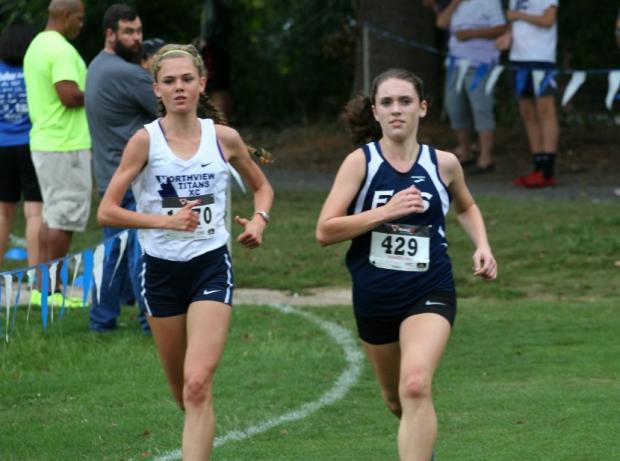 Lindsay Billings caught a challenge from Emma Grace Hurley through much of the first half of the race.

The girls race went out fast…much faster than any previous Double Dip in recent history. The racing was quite intense for the top GA squads from 2-6 with Marist defending their home turf taking 2nd led by soph Josie Wirtz's 7th place finish in 19:29. Marist was pushed hard in this meet by 6A South Forsyth as the Eagles finished only 6 points back..Sr Savannah Carnahan took it out early and had another solid race taking 5th Overall in 18:50 followed by team mate Kaylee Dupont 6th in 19:22. 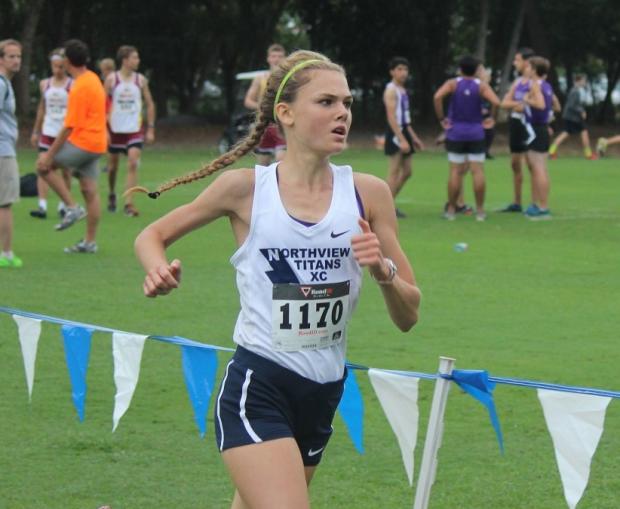 A very focused Billings has her eyes set on another victory and strong finish.

What can be said about Northview's Lindsay Billings? Its better left to just watch and let it sink, as she is one of the top runners in the USA. A few gals took it out hard early, but Billings ran her race as usual, gradually pulling away from FCS's Emma Grace Hurley who hung tough as long as possible. Billing's 18:16 on this Double Dip course demands National recognition as does Hurley's 18:29! Serena Tripodi from AA powerhouse Lovett spun up an 18:47 herself garnering 4th Overall. 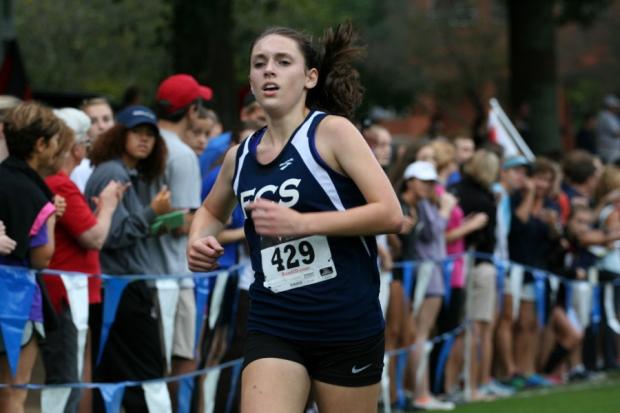 Emma Grace Hurley took 2nd Overall and is heading for a 1A Private showdown with Landmark's Nicole Fegans. 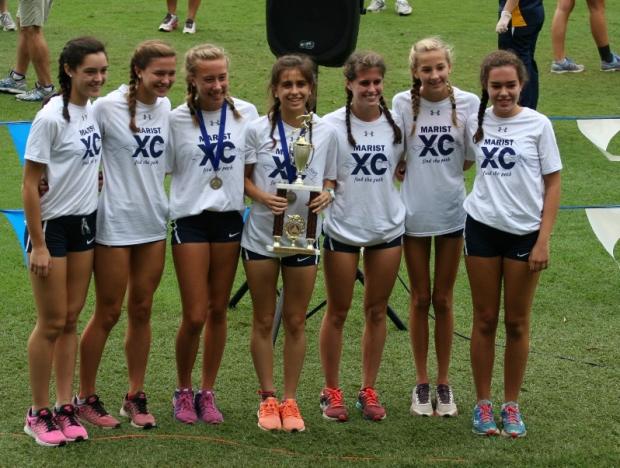 Marist's Gals were top the Georgia squad taking 2nd as a team. 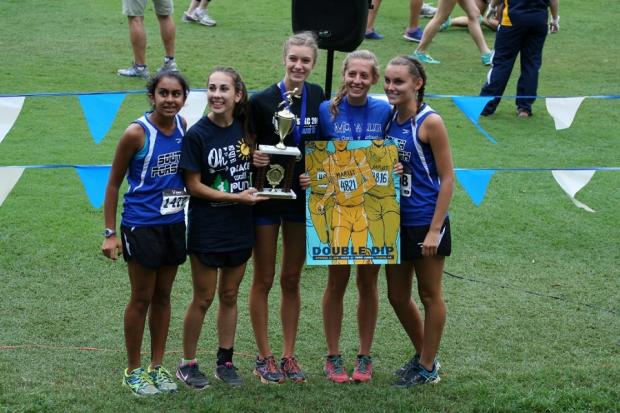 South Forsyth's Ladies were a very close 3rd 4 points back. 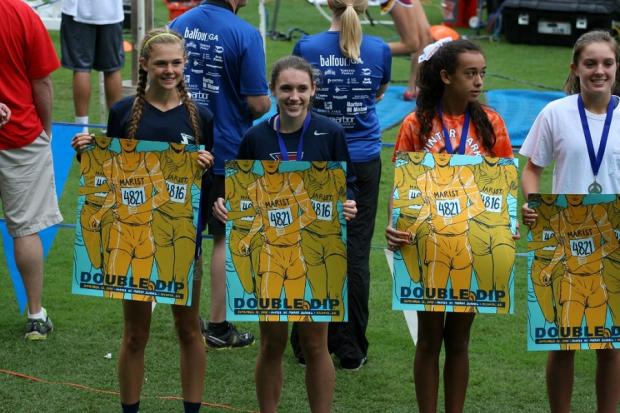