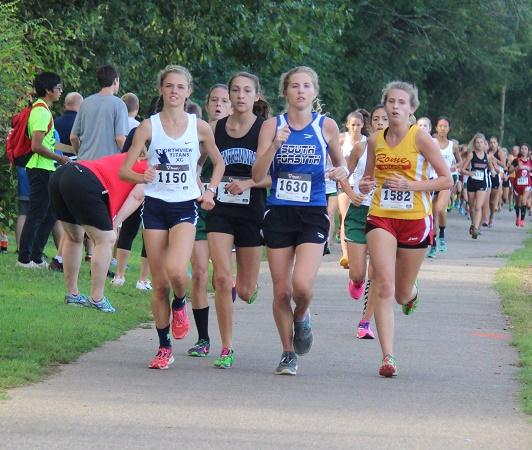 Varsity Girls- Everyone anticipated a showdown between Region rivals and 3 of the top ranked 6A squads, but perhaps not the outcome. West Forsyth showed their depth winning the title by 26 points over evenly matched Northview and South Forsyth. The Wolverines placed 3 in the top 10 and their 1-7 in the top 21 announcing with authority that they may be the team to beat this season. Jr Liz Galarza led the hunt placing 3rd in 19:28, with help from frosh Mallory Luskus 9th and Kell transfer Reagan Poteet 10th for the win. Lindsay Billings and the top 4 led Northview to a 4 point gap over South Forsyth dropping the lead group winning the Overall title in 18:37. Tiffany Yue had a great race placing 5th in 19:55. South Forsyth put 3 in the top 11 for 3rd led by sr Savannah Carnahan's 2nd place finish in 19:16 and Milicent Bergey's 4th at 19:53. 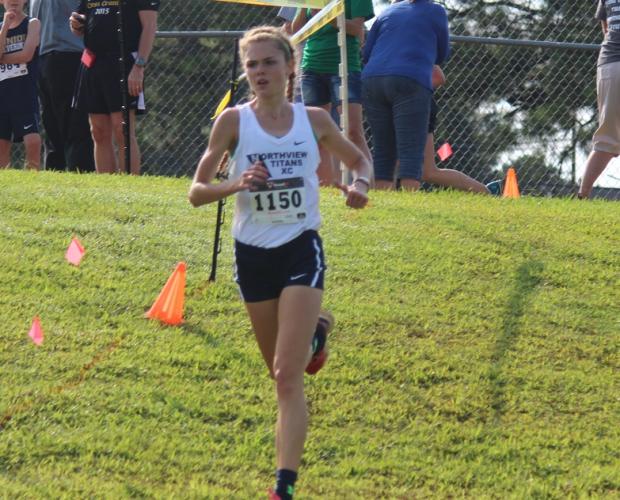 Lindsay Billings dropped the chase pack enroute to the Individual win in 18:37 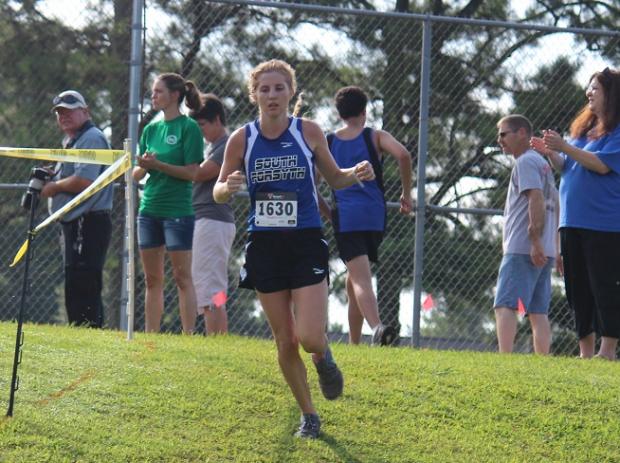 Savannah Carnahan from South Forsyth was runnerup clocking a 19:16 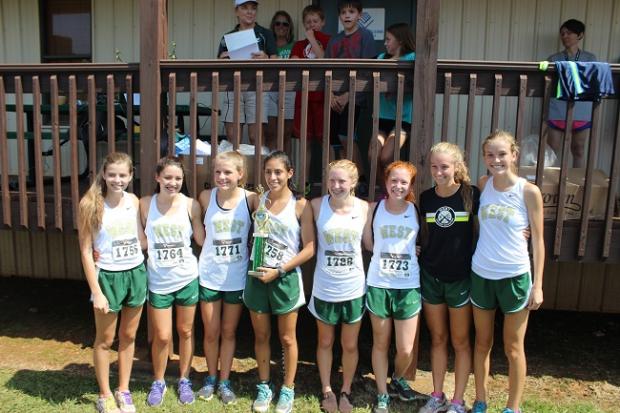 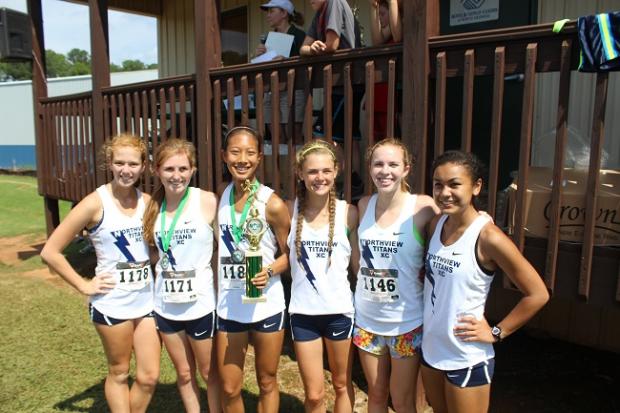 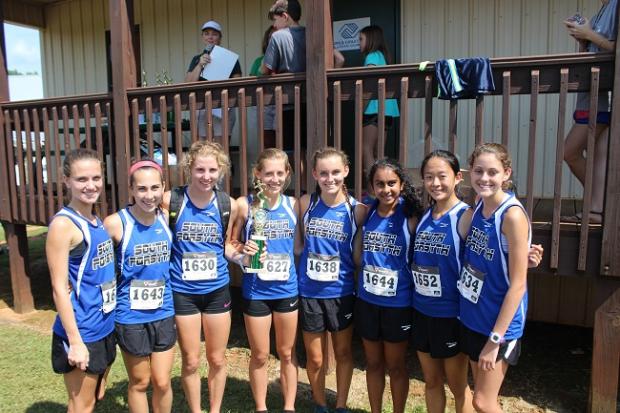 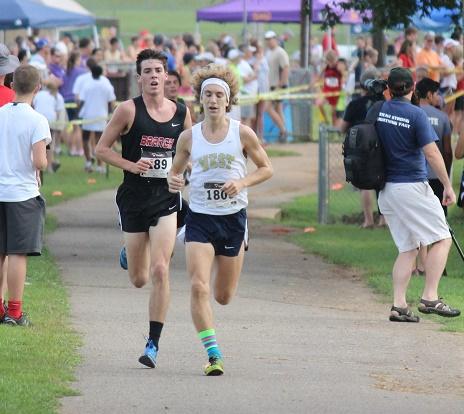 Varsity Boys- 5A Flowery Branch has started off the season very fast in taking the team title by 5 points over 6A South Forsyth. Jake Shewbert was impressive winning the Overall title in 15:49, but their 2-5 was very key in the team win including Grant O' Callaghan 4th at 16:55. South Forsyth's top 7 actually finished before West's 5th making it closer than appearances. Jr Matt Patterson led the Eagles runnerup team finish placing 6th in 16:57. West Forsyth took 3rd back home placing 2 runners in the top 10 including JohnGreen who was 2nd overall in 16:09 and Matt Bissett 8th. Johns Creek HS was 4th as a team and rounding out the top 5 Individuals were Pickens County's Sean Parker in 3rd place in 16:16 and soph Jack Douglass of Pace in 5th going 16:56. 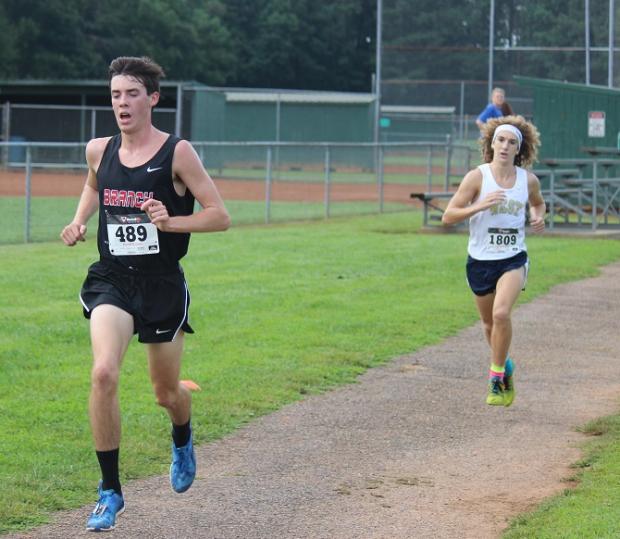 Shewbert takes the lead from Green later in the race. 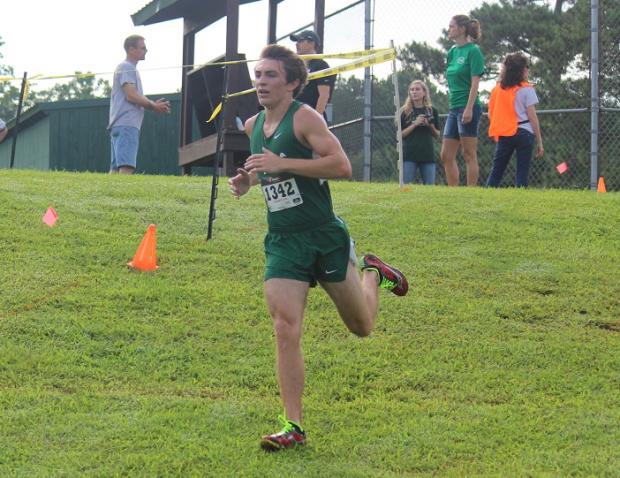 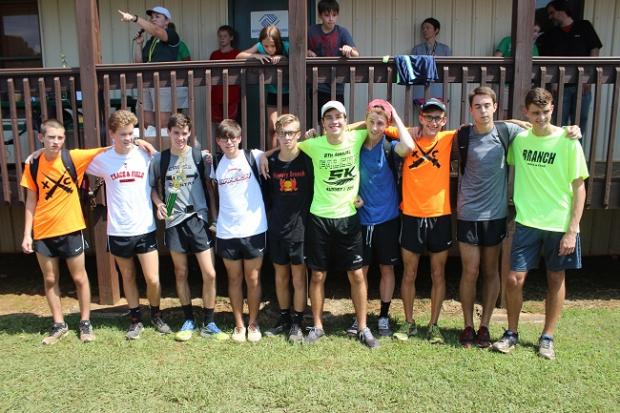 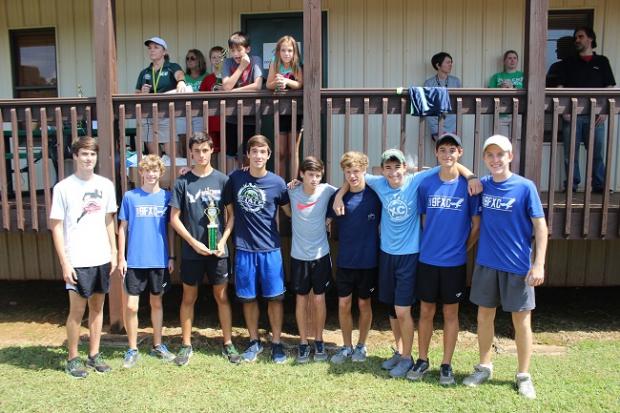 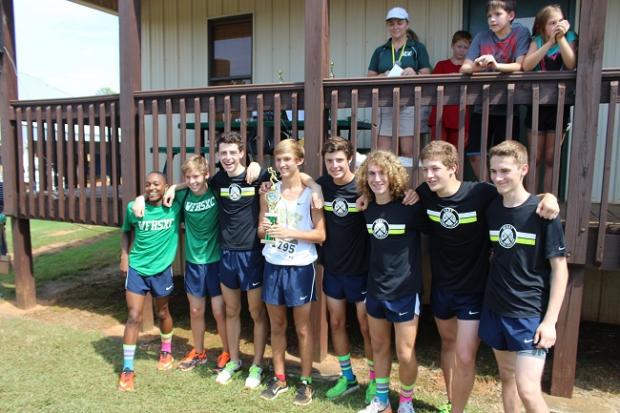