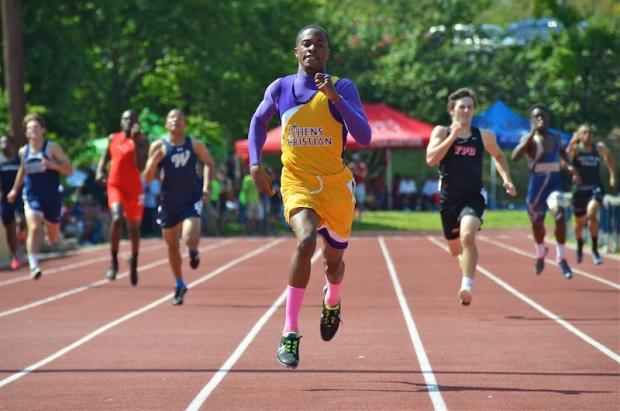 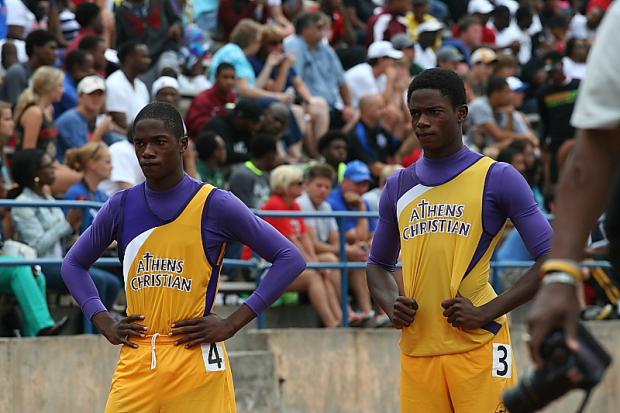 It must be frustrating to other 1A schools that Athens Christian has 18 opportunities to score in FINALS at the Georgia Olympics beginning Thursday. ACS is seeking their 5th consecutive A State title...The Brooks twins are back again to wreak havoc in the 200/400 and Relays as Justin has pr's of 21.81 and 47.97 and Josiah 21.70/48.95. Newcomer Richard Jibunor (a Nigerian War Refugee) was tops in the 300h at Sectionals, Demetrius McWhorter is a triple threat in the Jumps and Demarcus Evans is a triple threat in the Hurdles and LJ. ACS is tops in both Relays. Everyone will be chasing after Field Events Thursday.. 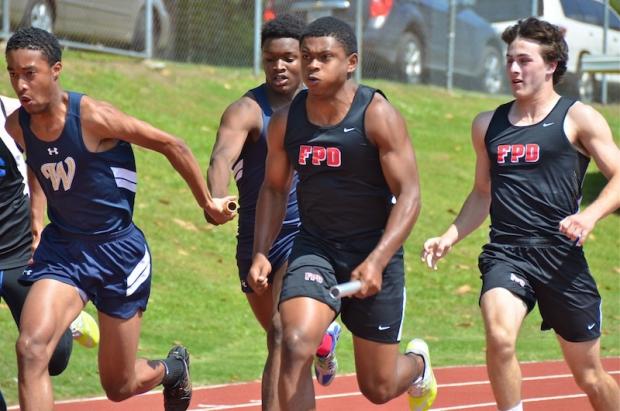 FPD has a trio of young men that can score big. Jonathan Raines is a triple threat in the Hurdles and LJ, Robby Watson could come up big in the Throws and Titus Moore is good in both hurdles events. Barron Jones, Josh Miler and Jam Morris all are capable of ringing up some points in their disciplines. FPD's relay teams are stoudt as well.

Athens Academy has many scoring chances including Adam Hearn in both distance events, Relays, Jumps and Jihoon Choi in the 800. Hebron Christian is distance strong led by Trent Johnson and Colson Hagan. Mark Stein and Luke Wilson could ring up big points in the 800m 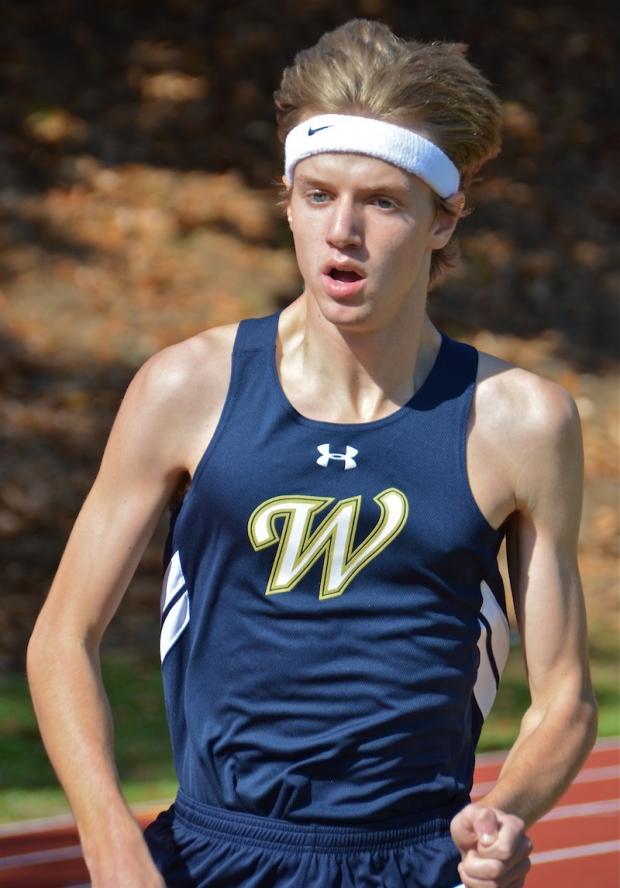 Whitefield Academy is looking for a return to the Podium led by Robby Keough who potentially could win the Top Performance Award in the 800m and has the edge in the 1600 with his footspeed (4:18) Whitefield will have 7 other scoring opps. 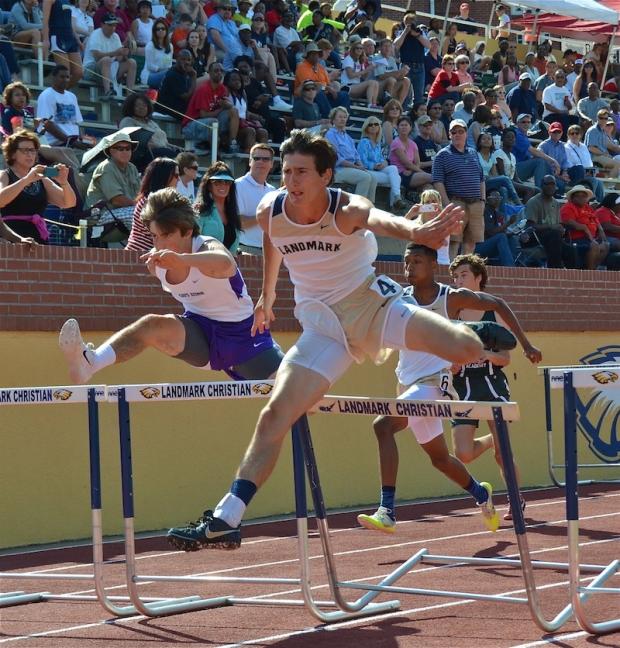 Landmark is in contention for a top 4 team finish led by hurdler Stockton McGuire and thrower Drew Anderson and vaulter Titus Creamer. Mount Paran is loaded in the short Sprints led by Dorian Wilson and Emoni Williams. 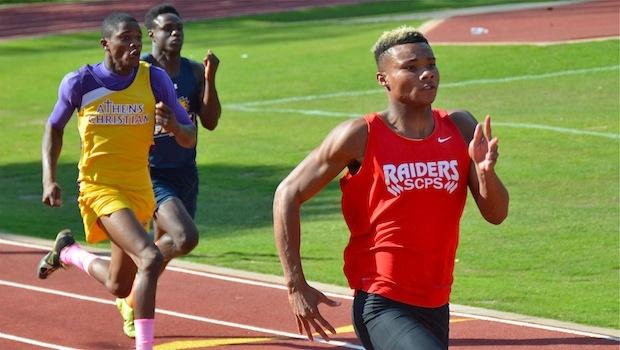 Demetris Robertson of Savannah Christian can flat tear it up on the Track in the Sprints and is #1 in Class in the LJ as well... (pic by Daniel McCauley)

Savannah Christian Prep is basically a one man team, but its a strong one led by Sprinter Demitrus Robinson who's #1 in the 100/200/LJ...that's a WOW!! 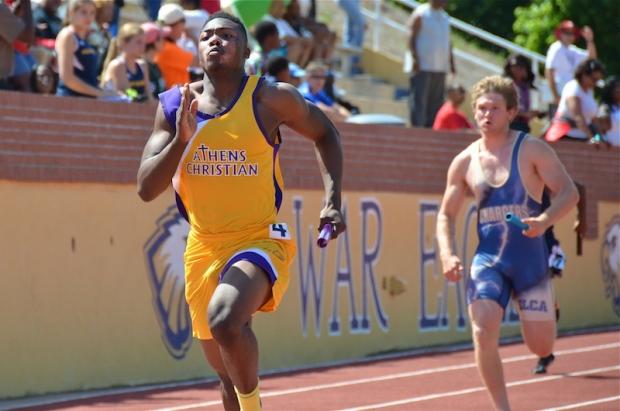 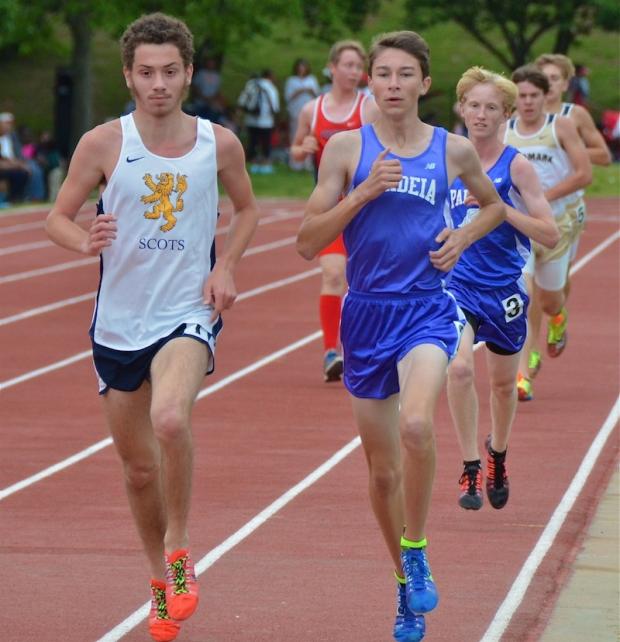 Robby Keough of Whitefield is a big favorite in the 1600 with a pr of 4:18. Chasing will be Galloway's Reilly Friedman, Hebron's Trent Johnson and Colson Hagan, Paideia's Griff McCauley and Max Haeberlin and ACAD's Adam Hearn.

3200: This will be Friedman's final GHSA race and he's a big favorite with a pr of 9:24. The same cast of characters will give chase excluding Keough who's an 800 guy.