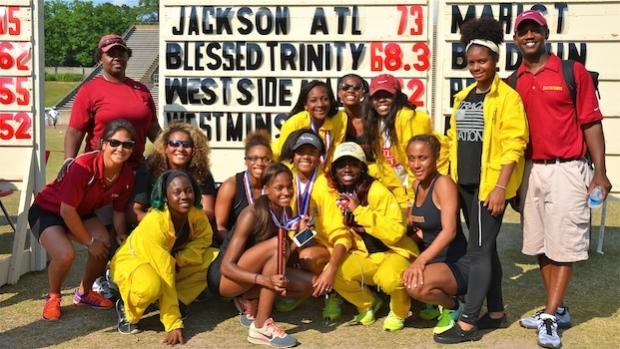 The race for the AAA team title was wide open coming in and projections held out to be quite reflective of what schools had a great opportunity to achieve their goal. Blessed Trinity racked up points in distance and Field Events leading before Finals with 37.33 points having a slim lead over region rival Westminster, but more concerning was Maynard 14 points back and Westside Macon ready to strike with 10 points. 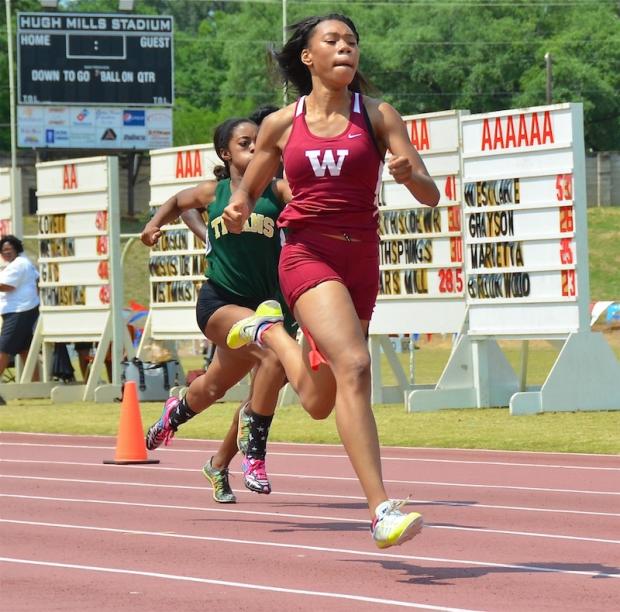 Lawrence then completed her double taking the 200 Meter title in 24.46 (pics by Daniel McCauley)

Cortney Jones from Maynard Jackson lit it up in the 100 Hudles clocking a 13.97 (pic by Daniel McCauley) 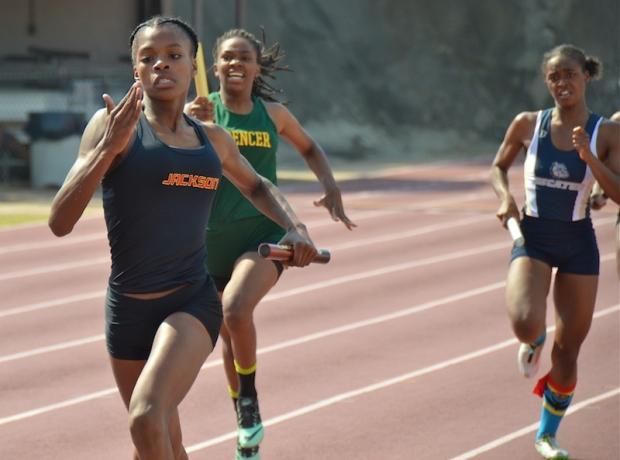 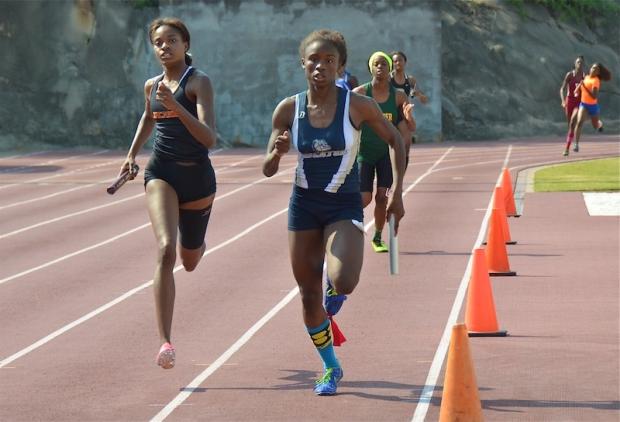 Decatur had a lead coming down the homestretch in the AAA 4x400, but Maynard Jackson was not to be denied, passing in the next 20 meters for a great end to their AAA title run (pic by Daniel McCauley)

Going into the final event (4x400), Blessed held a 5.33 point lead over MJ (with no chance of scoring in the 4x400) with Westside needing to win and pray for a miscue...No such luck as Maynard Jackson was very motivated, winning outright taking the 4x400 Relay in 3:58.79 as Westside faltered placing 6th.

Westminster, quietly was 4th overall, edging East Jackson at 5th and Decatur 6th. Sue Anne Moralis of East Jackson completed a double by taking the 800m race in 2:21.37. Jahmee Reeves from Decatur ran to the 400m title in 56.98. Alexus Shaw from Pierce County came across the SE Georgia wasteland winning Gold in the 300h posting a time of 44.65.