(all Pics and Captions by Dan McCauley) 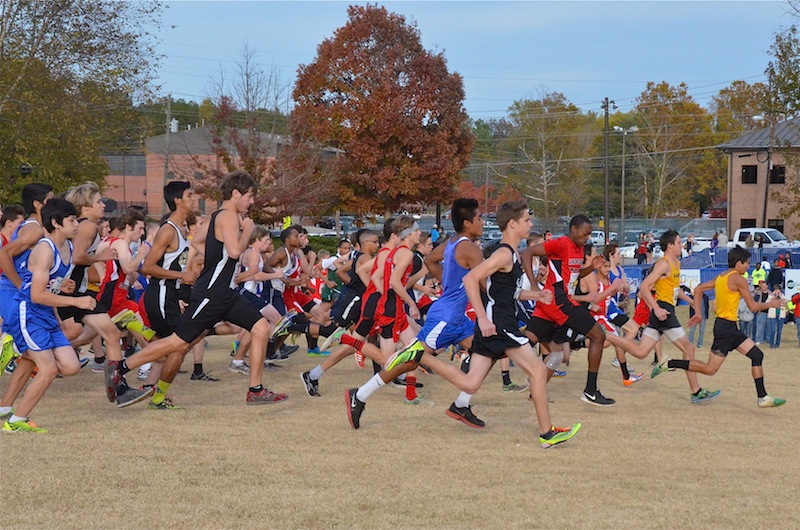 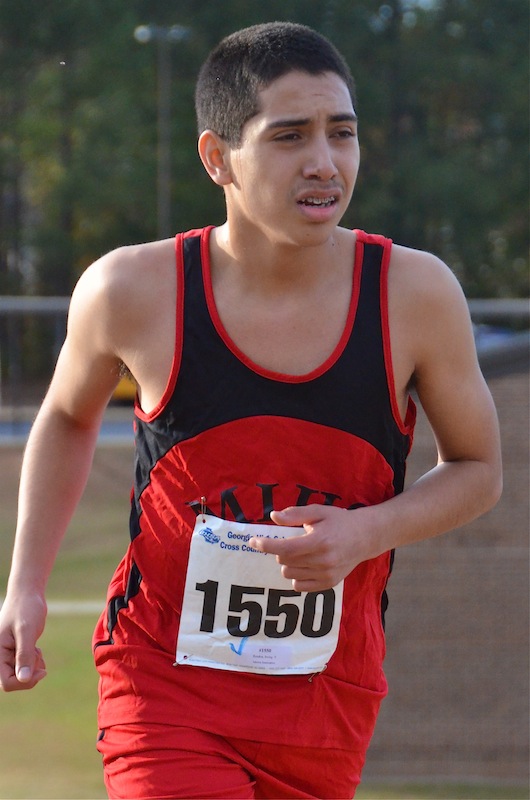 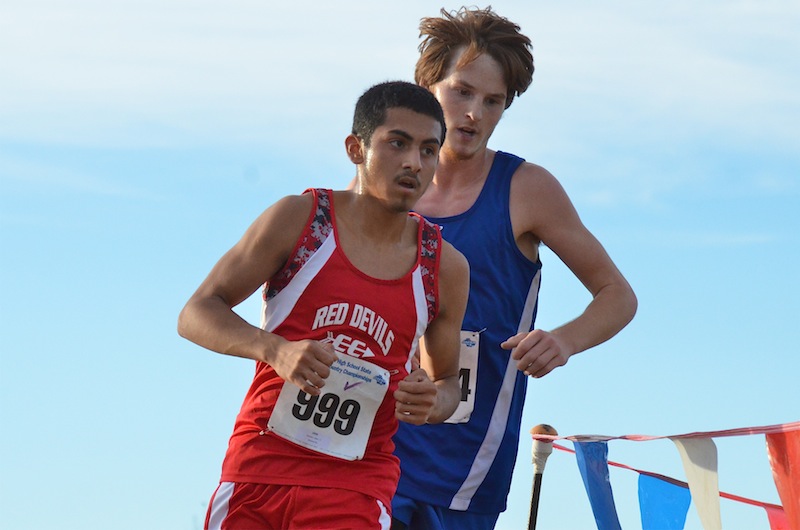 Adan Martinez #999 of Hawkinsville battled with Ethan Young of Trion.  Young made his move in the final 50 meters to take the Bronze medal. 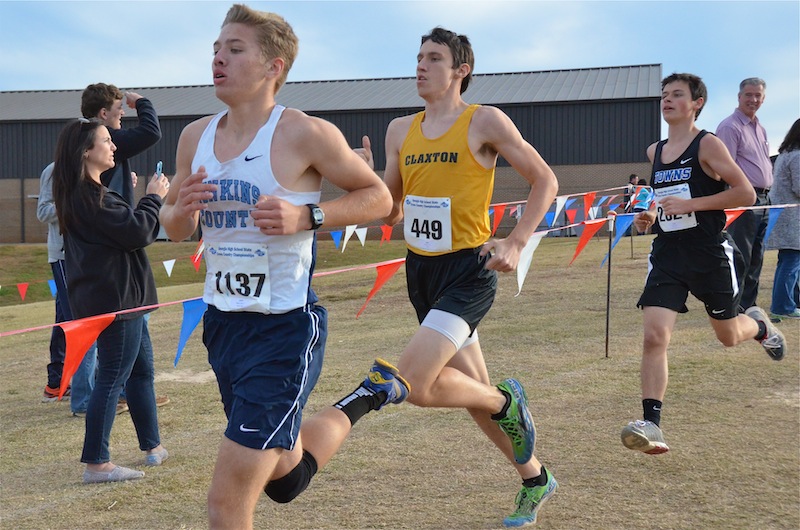