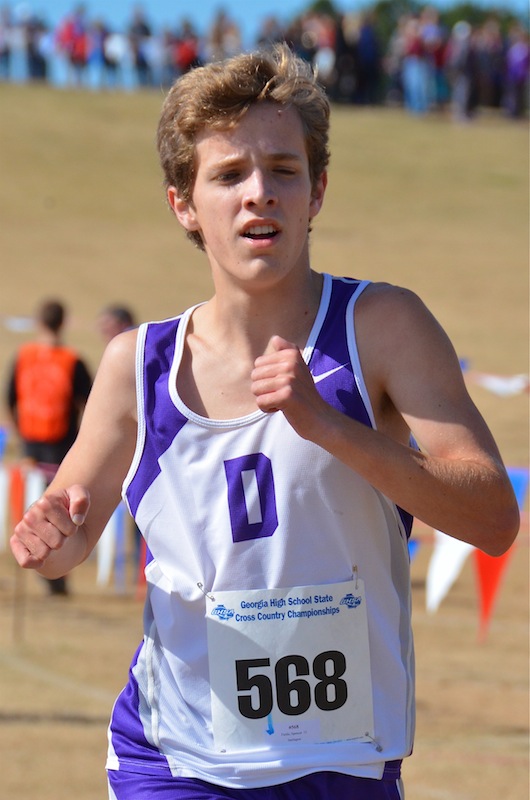 Spencer Fields of Darlington won the 2A State Championship with his time of 17:11.80.

As mentioned, the team title was completely up in the air for AA Boys. Whoever was healthy, smart and fast had an advantage that couldn't be discounted.  GaMileSplit was unable to shoot video for this race due to editing other video shot and to give UGA grad Karl Brust (a former ACS XC runner a break from running all over the course for 8 hours) so detailed race info is not available.  However, it wasn't diifficult to surmise as senior Spencer Fields of Darlington raced as expected passing the inexperienced rural runners  (sprinting out for their moment of glory at State within  2 minutes) sailing around the course unchallenged winning the 2A Boys Overall title in 17:11  The race for the next 5 individual spots was very tight thru the entirety as Ben Davies of Holy Innocents seized 2nd place in 17:38 outsprinting Wesleyan jr Henry Collins who rose to the challenge for the hungry Wolves securing a key 3rd place finish in 17:40 scoring first. 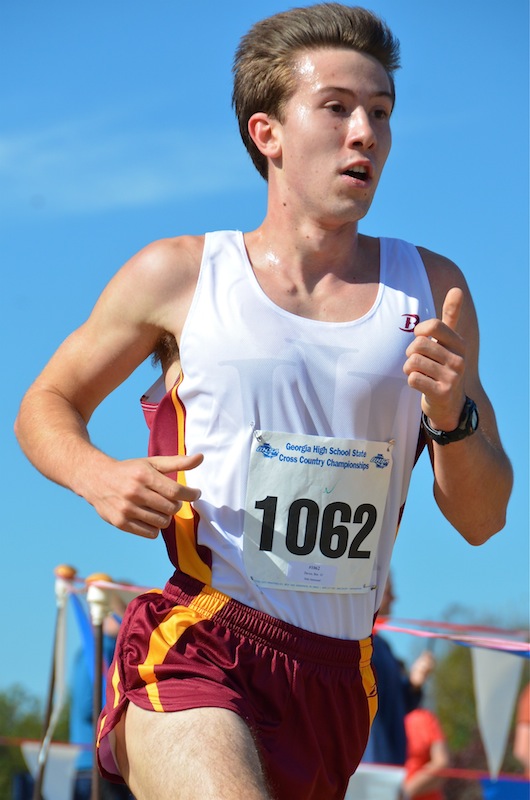 Ben Davies of Holy Innocents' Episcopal earned Silver with his 17:38.35 run
Wesleyan continued their attack placing 4 wolves in the top 11 spots which was too much for a strong Pace Academy squad to make up who finsihed 2nd 12 points back. Pace did have 2 boys make the All-State squad though including senior Mark Grenader taking 5th at 17:44 and talented frosh Jack Douglass placing 6th in 17:51. There was a sizeable gap between the next 2 teams but true to prediction Bleckley County's Royals repeated their 3rd place team finish in 2013. A pair of juniors led Cranford's Royals as Austin Cook held the reins placing 12th in 18:09 followed in by Logan Bridges at 15th (pack running is alive and well way down South)  Bleckley had a 1-5 Split of :35 (take that Marietta, LOL)   Lovett was 9 points back led by the 4th place effort of Everett Smulders in 17:44. 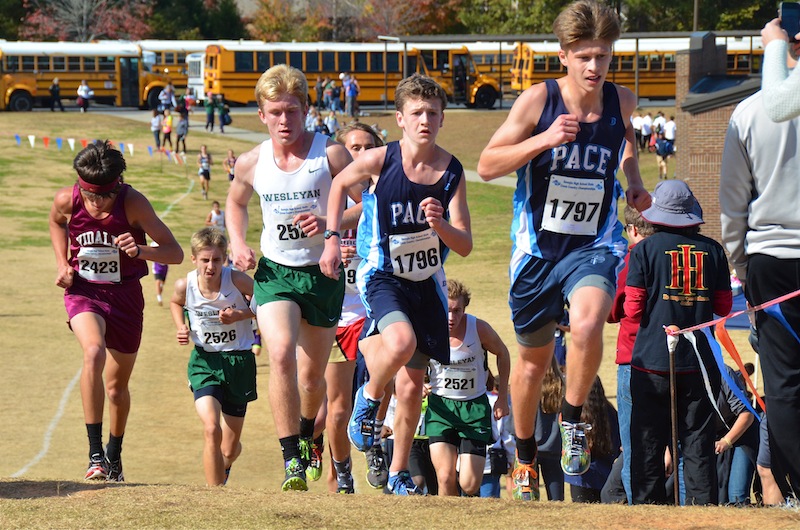