(all pics and Caps by Dan McCauley) 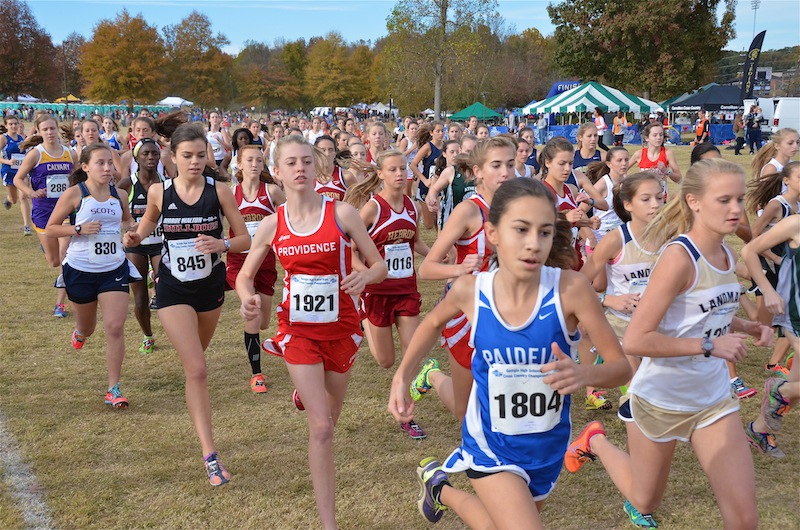 The 1A Private Girls start was filled with excitement. The strong field of 118 competitors represented 16 private schools. 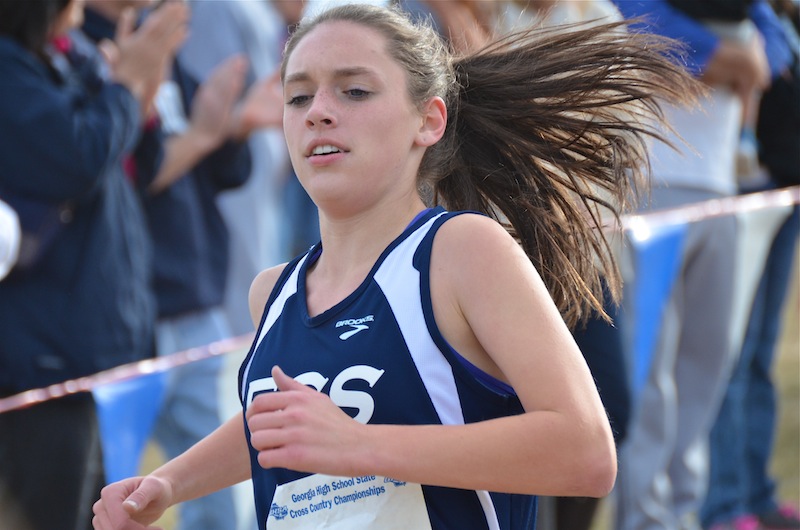 Emma Grace Hurley of Fellowship Christian earned the 1A Private Girls gold with her terrific time of 19:06.78.
Emma Grace Hurley had placed 4th in 2013 and something must have inspired her to get better as she went on to have a great Track season and this Fall really surprised some of us at her sheer dominance of runners from any class.  It would have been really interesting if AIS soph Helen Williams was full speed with this bunch as Williams broke a long standing 1600 meter (A) record in Albany going 5:00.  Hurley was in a flat out sprint at the gun with Shannon Fair of Aquinas and Nicole Fegans from Landmark doing their best to not lose touch with her. At 4:05 Hurley had clearly established herself at the double street crossing in the near deserted team tent area with a hefty lead of maybe 35 meters over a game Kathryn Foreman followed by Fegans, Fair, Breck Jones and Block. In a 2nd group chasing was Sarah Foreman, Emily Ballard-Meyer, Emily Swanigan and Sydney Hendricks.  Hurley approached 'Separation Slope' around 7:15 as Kathryn, Block, Fegans and Fair pursued (though now strung out a bit)  Sarah Foreman was in between a chase pack consisting of the PCA girls who passed Jones before ascending the Slope as Ballard lurked just behind and Mary Kellison Thorne of Landmark was moving well. 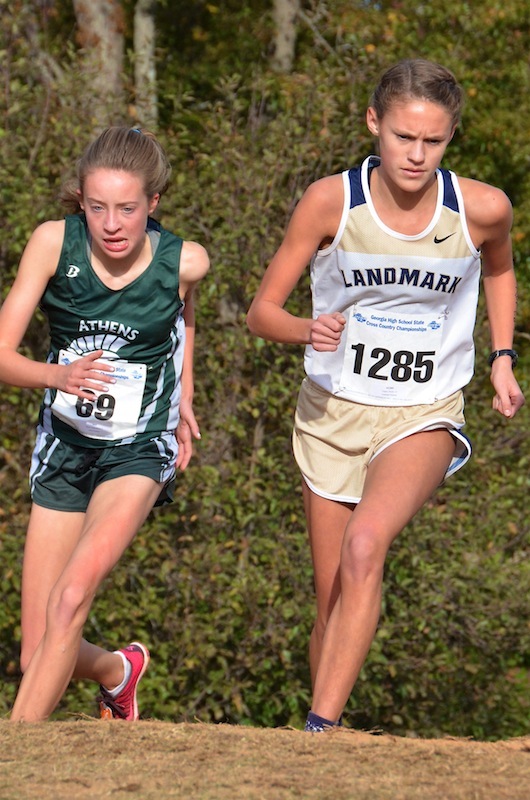 Get'n Serious!  Nicole Fegans of Landmark Christian and Frosh Anna Marian Block of Athens Academy had a terrific battle for silver.
Beginning the 2nd loop Hurley's pace seemed to have slowed a bit as her lead was maybe 40 meters as Fegans had passed K.Foreman with Block preparing to do the same before the right turn paralleling the street. Shannon Fair was still in 5th though struggling a bit with Sarah Foreman running strong gaining slowly. Hendricks and Swanigan of PCA were now working off each other 20 meters back with Ballard in pursuit followed by Thorne and Jones.  Emma Grace was now heading into the playground at 14:00 with a very comfortable lead just cruising on...Fegans and Block were still in contact with K.Foreman soldiering on a few seconds back now just running thru pain to help her Eagles secure a State title.  After Hurley reached the summit of the Slope she took a quick look in her rearview seeing Fegans moving pretty well and quickened her pace the final 400 meters crossing the finish line for the A Private title in 19:06. It was apparent she ran for the win and not to set any course records on this day.  Fegans was overall runnerup in 19:30, followed by Block in 3rd at 19:37. Kudos to Kathryn Foreman for such a brave effort as the accomplished harrier sacrificed herself for the team placing 4th. Because if she had not competed...well, you get it.  Lil' sis Sarah ran strong the entire race taking 5th and watch out for this tall frosh next season and 2015 Track.  Providence Christian and Hebron Christian were both defeated by Athens Academy at Region 8-A, but not today as both pulled mild upsets stealing the 2nd and 3rd Podium spots in front of the Spartans. 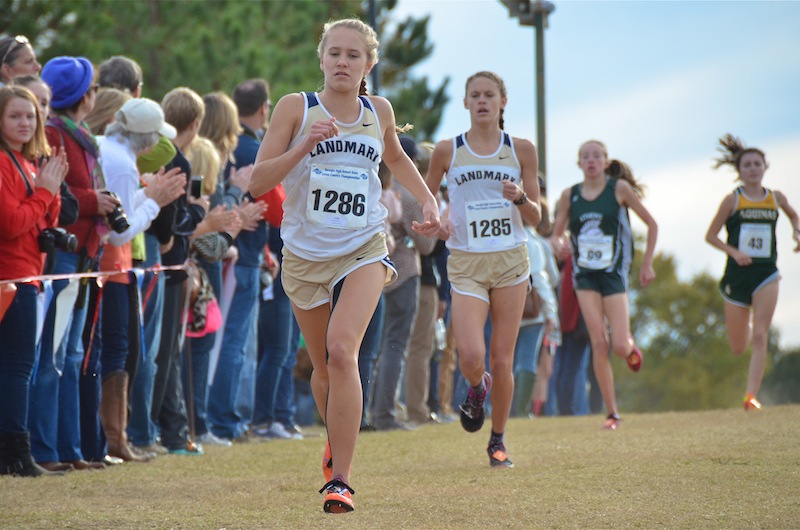 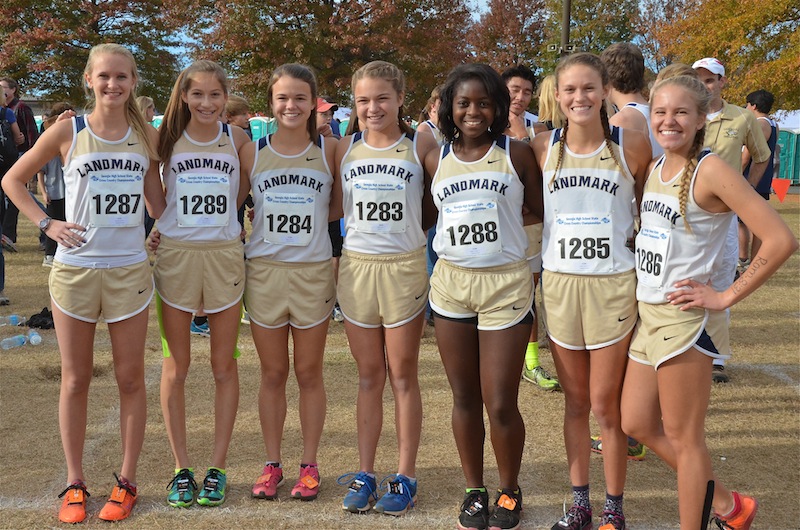