Everything from the database and observing  Galloway and Hebron Christian run this season suggests a very close contest btween these two.  Galloway of course has Reilly Friedman, but their 2-5 guys have improved markedly these past few weeks. The Scots trounced the field at the Region 5 Area 3 meet by 29 points in wintry conditions. What one should not be deceived by is their 1-5 Split, instead do the math of their 2-5 Split of :26 ....cause if Galloway comes close to running fast (sub 18) with that 2-5 pack Hebron is going to have their hands full. The Lions enjoyed Spring like conditions at the tougher Spartan course 2 days earlier and easily won by 30 points.  They have 2 front runners in Trent Johnson and Colson Hagan with a 3-5 pack that Split :19. Given the weather variance and course speed means the race will be decided by their 2-5 and 3-5 guys.. The margin for error will be zero for a bad race by any of those runners and could spell doom.

The next skirmish will be for the final 2 Podium spots between Providence Christian who was a distant 2nd behind Hebron at region.  Athens Academy was 16 points behind them, but may not have hd their best race that day.  Landmark Christian has struggled lately to field a full team of 7 guys, but you only need 5 to score which they did for many years winning titles in the early 2000's.  Paideia's a bit of an enigma as one never knows who the top 5 will be on a given day.  One of their varsity runners easily won the region JV race, and their #2 was held out that day, though they were a close 3rd to Landmark. 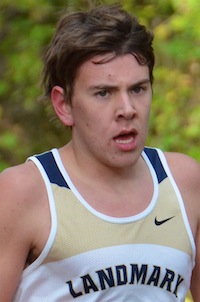 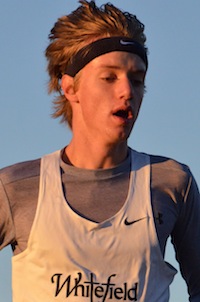 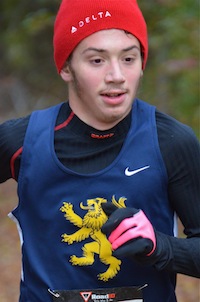 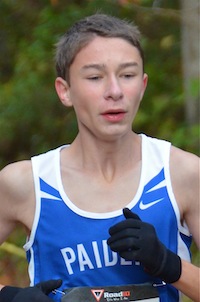 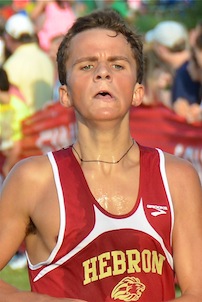 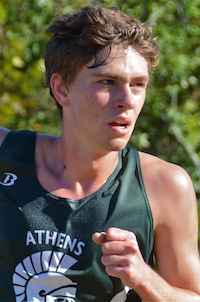 Reilly Friedman's swan song to his GHSA high school career will be Saturday and one has to wonder if Reilly will throwdown something special. Friedman has been the 'untouchable man' this Fall (did my homework this time, unlike 5A Boys) as he's undefeated against Georgians with his only blemish? a 3rd place effort of 15:15 in the 'Race of Champions' at Great American.  Rumor has it he's been contacted by Colorado...But, I'm willing to wager after he gets thru the chute he's going to run to the finish and cheer on his fellow Scots!  Robby Keough from Whitefield has consistently been the 2nd best runner in the class the past 2 seasons. with a pr of 15:44 at Asics.  Hebron Christian seniors Johnson (16:43pr) and Hagan (16:24pr) will run as low as possible for team points vs the 'Scots' .  Paideia frosh Griff McCauley (16:35pr) has alot of potential and could be the catalyst for the Pythons' team hopes with a strong race.  Adam Hearn of Athens Academy has the advantage of competing on the challenging Spartan course which usually helps AA every State meet in preparation for Carrollton. Austin Taylor of Landmark has ran Carrollton twice and improved his time by almost a minute at last Chance and has a season best of 17:15 at Asics. Let the racing begin....