Continuing from the teaser, It should be quite a race between Landmark Christian and Athens Academy for the 1A Private title. If healthy, look for Landmark's Foreman and Fegans to rack up low points early and tall frosh Sarah Foreman to come in as low as 5th giving the Eagles a strong early lead. Their fate will depend on the 4-5 girls who both ran well at Region.  The Lady Spartans have a legit star in the making with Anna Marion Block and a cast of four following her that Split a 1:07 at Region on a course that is not easy. The 'cast' will need to pick it up Saturday to push Landmark. Hebron Christian was a close 2nd behind AA at region and had a much tighter 1-5 Split of 1:15 which could propel them past Athens Academy.  Providence Christian has a pair of gals which figure to be in the 2nd chase pack.  Galloway has a good shot at making a Podium appearance if they compete well and any of the aforementioned squads struggle. Everyone else is on the outside looking in including Paideia, FPD, upstart George Walton, Whitefield,  Mount De Sales and Stratford. 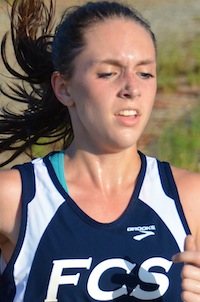 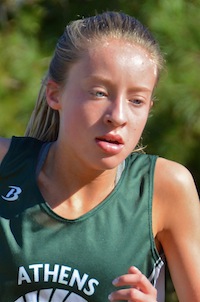 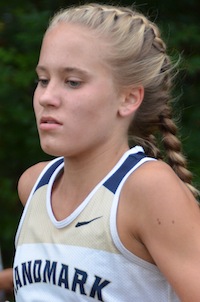 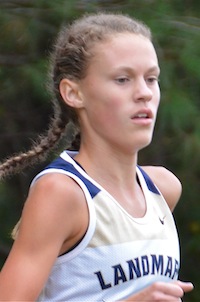 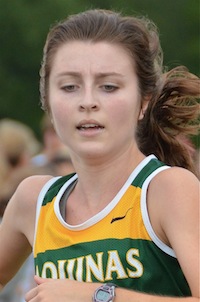 This is going to be the last competitive race of a long day and what's sad is not many fans, coaches or runners will be around to witness it.  I can't recall the last time so many talented, fast gals were together in class A. Emma Grace Hurley of FCS must have put in some serious work in the offseason as she has been arguably along with Lindsay Billings the top runner in Georgia. Hurley is undefeated this Fall, though she didn't compete at the huge out of state meets like Great American. Her 17:08 at Lambert shows she has footspeed. 2013 Foot Locker finalist Kathryn Foreman defeated Hurley last season, but has been hampered with a nagging injury though one couldn't tell at Region as she posted a 18:33 on the same Heritage Church course nearly 2 months ago.  Teammate soph Nicole Fegans has ran nearly as fast as Foreman often coming in a few meters back sporting a pr of 18:19 at Northgate's home course.  Anna Marion Block (18:34 at Furman) is going to be swimming in new waters being undefeated her freshman season season with no head to head against Hurley, Foreman or Fegans.  Shannon Fair of Aquinas has raced against Block at Furman placing 2nd in 18:44 and had the opportunity to run in some events doing well at Att Panther, winning Aubrae Gunderson and Area 1 Private in 18:48. Look for Sarah Foreman after this quintet and possibly sooner (18:56pr)