(All Images by Dan McCauley) 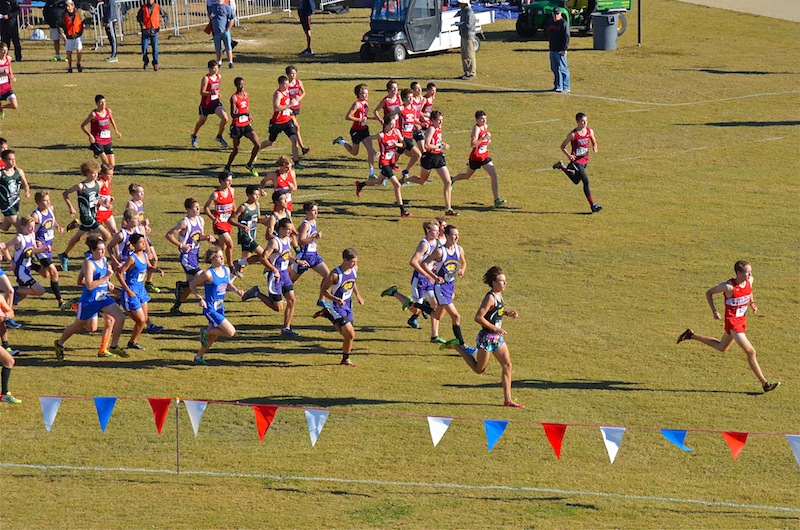 The 5A Boys race included three 1A schools, including Athens Academy, First Presbyterian Day, and George Walton Academy - these schools were looking for a later starting time.  Forsyth Central's Team score of only 40 points was good for the win.  An impressive Athens Academy edged out 5A Jones County by a slim margin of a mere 2 points....... 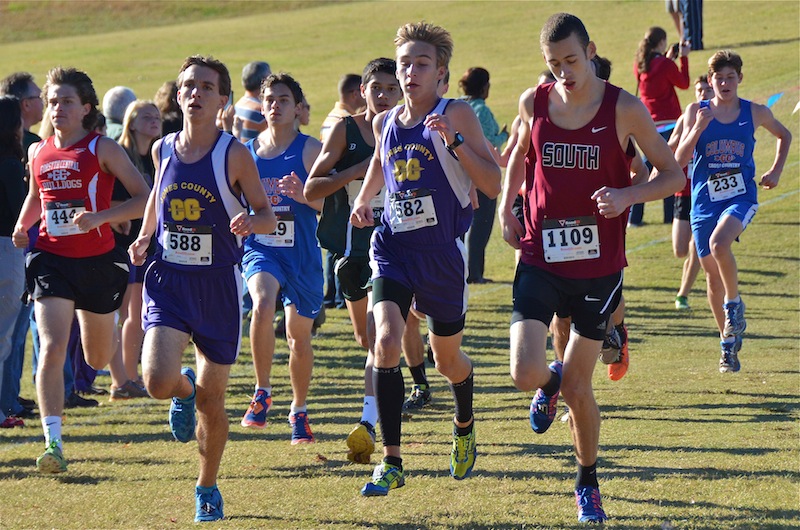 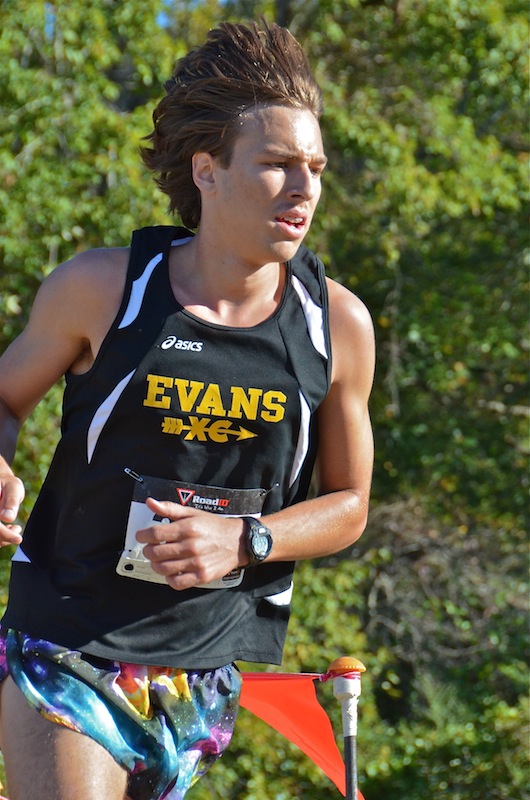 Running solo, without teammates, Evans High Senior Justin Weeger won the 5A race with his 17:21.20 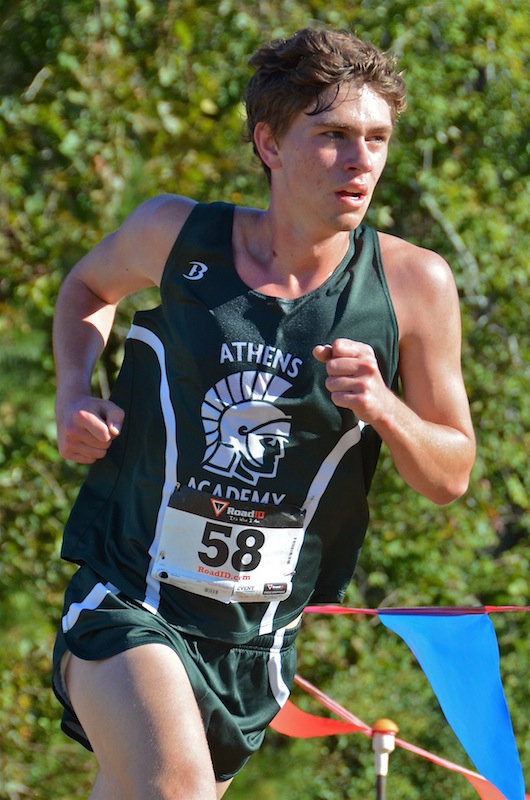 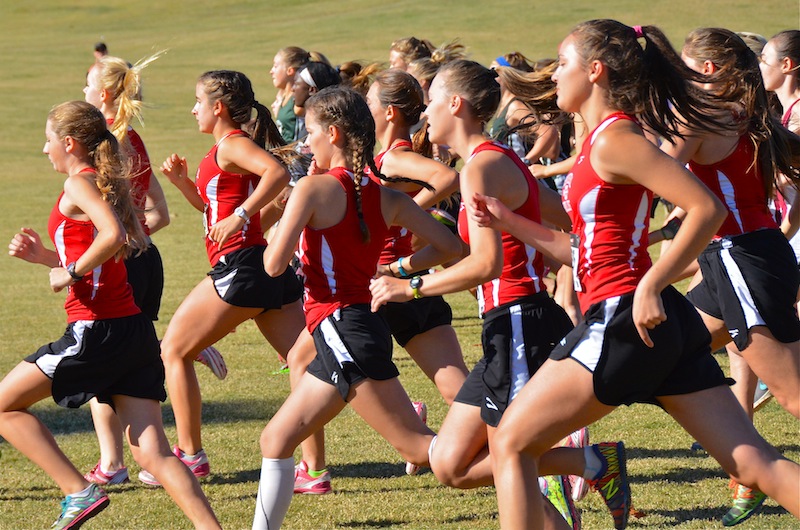 The 5A Girls start featured nine teams - Athens Academy's decision to race later in the morning was prosperous as the single A school beat the tough competition.  Posting a Team score of only 39 points, Athens Academy earned the win.  Columbus High and Jones County put up scores of 50 and 92 points, for second and third respectively. 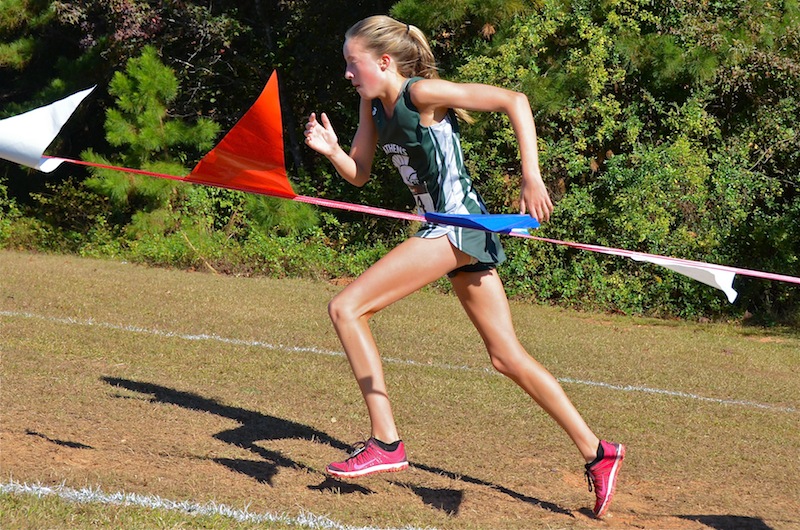 Super Frosh Anna Marian Block of Athens Academy crushed it - winning by over a minute! Block attacked the hills at Carrollton with a vengeance. 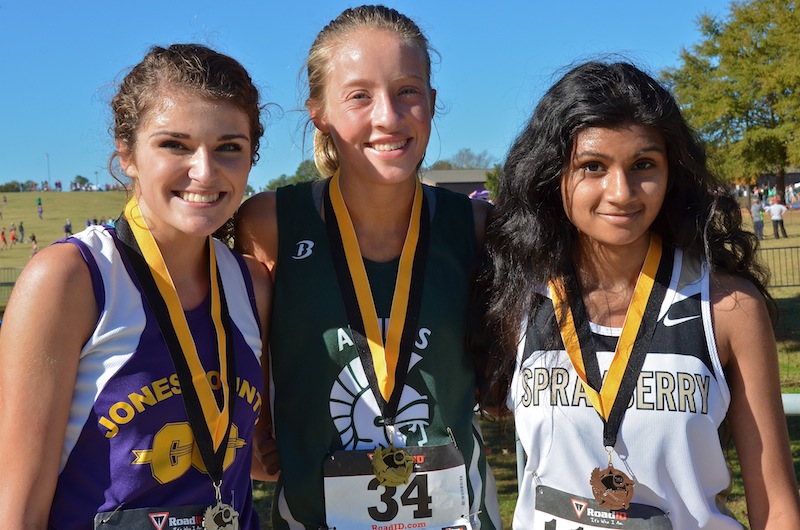