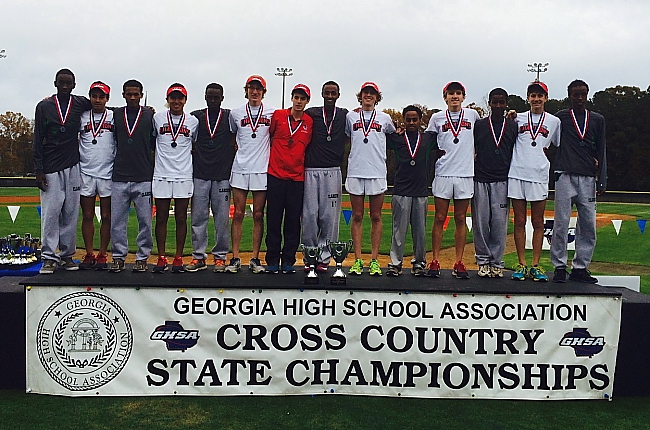 Flowery Branch made it look easy running well as a pack claiming another 1st place team Cup putting 3 harriers in the top 11 places including Ashmead, Martinez and taking 11th was sr. Brian Young in 17:02. What an incredible run the Angoras from Clarkston enjoyed this Fall coming out of literal obscurity to be a major factor in AAAAA...I do not know who their coach is, but they did a great job of recruiting these guys from Soccer and training them to be good cross country runners. The Angoras were a strong 2nd and on their is a great photo of them and Flowery Branch's boys sharing the Podium in a display of respect for what they'd accomplished. In a tight race for the final 2 Podium spots, Northview secured 3rd place led by Salter, and Lakeside-Evans avenged their region loss to Greenbrier turning the tables earning the last Boys Podium spot of the day by 11 points. 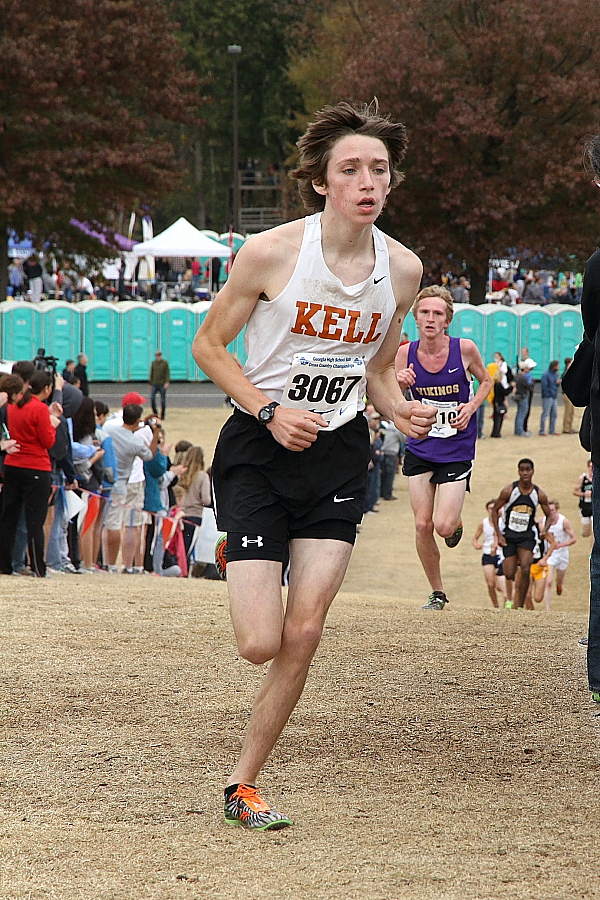 Logan Poteet wasn't fazed as Davis Stockwell of Lakeside DeKalb and upstart Corey Jones attempted to engage him, shrugging it off, running his race as the lanky jr from Kell raced to the AAAAA individual title in 16:13. Both Stockwell and Jones made moves beginning loop 2 on the flat 'Start' section but it was to no avail. Stockwell hung though having a tremendous race taking runnerup honors in 16:26. Justin Weegar, seemed to be healthy again and overtook 3rd place late in the race clocking a 16:42. Places 4-10 were separated by 5.5 seconds as it was a sprinter's delight coming down 'Separation Hill'. Richmond Hill's Jones paid for his early effort to stick with the leaders, but held off a late charge by John Raville of Whitewater (formerly of OLM) placing 4th as both crossed the mats at 16:53.  Christopher Costa made a mad dash down the final hill a foot behind taking 6th also at 16:53, Josh Salter was a step back taking 7th in 16:55, placing 8th was Ashmeade, in 9th was Christian Bowles in 16:57 and closing out the All-State team was the Branch's Miguel Martinez in 16:58 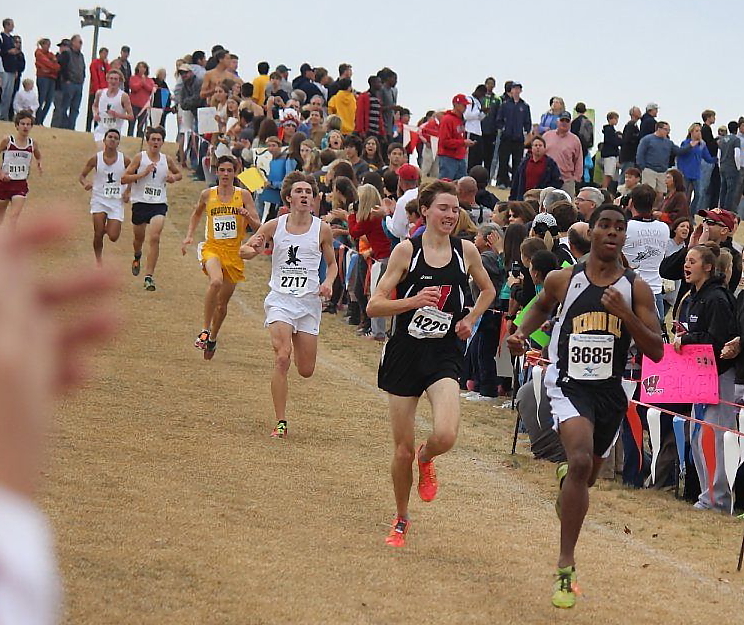