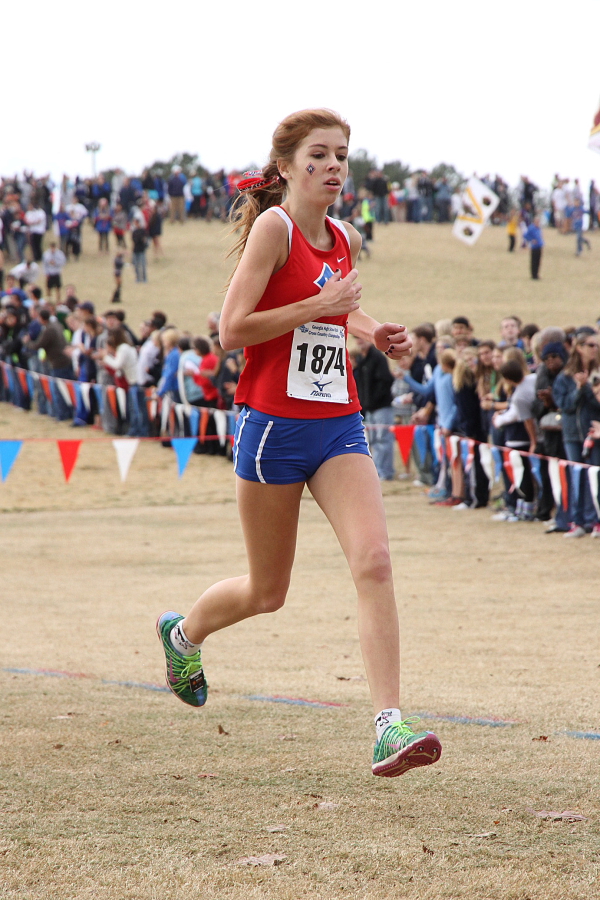 Avery Bussjager of Walton strolls downhill to an Individual title in 19:03       Image by Jonathan Speights

Avery Bussjager of Walton HS took the lead in the 2nd mile and led into band area, followed closely by Savannah Carnahan. Mary Jean Assinzo of Marietta made a move before cresting the big hill, beginning  loop 2 a few meters back of Bussjager with the Brookwood duo of Brennan and Sumner in tow and Carnahan trailing a stride back. The gap between each of the top 5 runners widened considerably the final loop with Bussjager having a comfortable margin sprinting downhill to her first state title in 19:04...Assinzo came in a solid 2nd in 19:13, followed closely by Lauren Brennan in 19:16 with Mill Creek's Lauren Hovis taking 4th at 19:22, and Addy Lippitt of The Ridge placed 5th in 19:27 factoring heavily into.... 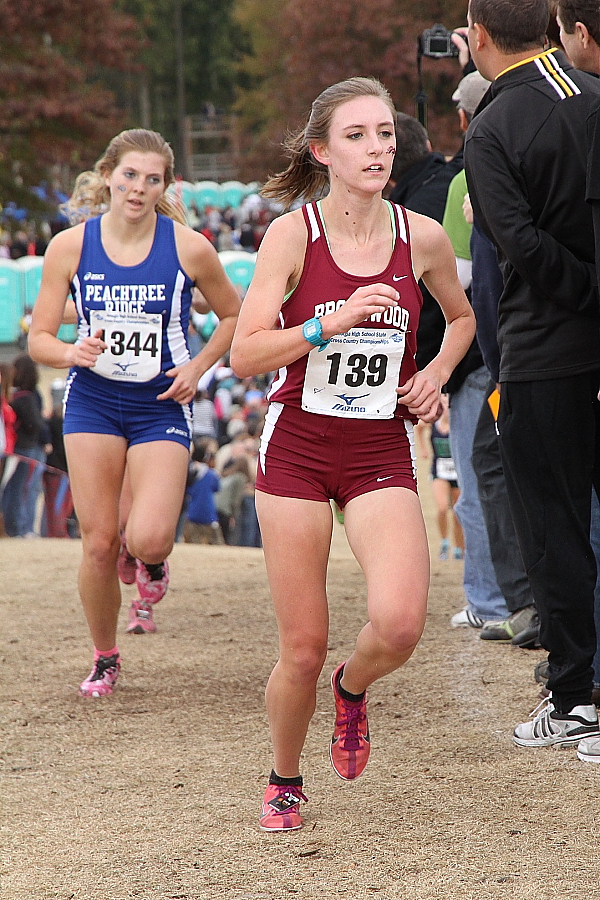 A Peachtree Ridge Lion stalks a Brookwood Bronco on top of 'Separation Hill'    Image by Jonathan Speights
Round 4 of the heavyweight 6A programs Brookwood and Peachtree Ridge didn't disapoint. The anticipation built as results were compiled with Peachtree Ridge's depth making the difference for a 12 point margin of victory. Placing Addy Lippitt in the top 10 (5th at 19:27 ) Brookwood took the runnerup Cup led by Brennan and Sumner. Marietta had a nice race ascending to the 3rd tier of the Podium led by Assinzo's overall runnerup spot and Rebecca Dow's 9th place finish in 19:41. Walton rose to the occasion as expected garnering 4th place Haley Anderson's 10th place finish in 19:42 for a great 5th place team finish for West Forsyth.