Marcus Gouthro of Riverside Military Academy took a quick early lead as Flowers was pack running and pacing his teammates for the first loop it looked like. Westminster had a very strong start with all five in the top 15 and Wesleyan looking like they were out of it. Wesleyan didn't give up though, and was clearly running from behind and moving up late. Westminster was fading but clearly not enough to make it close. 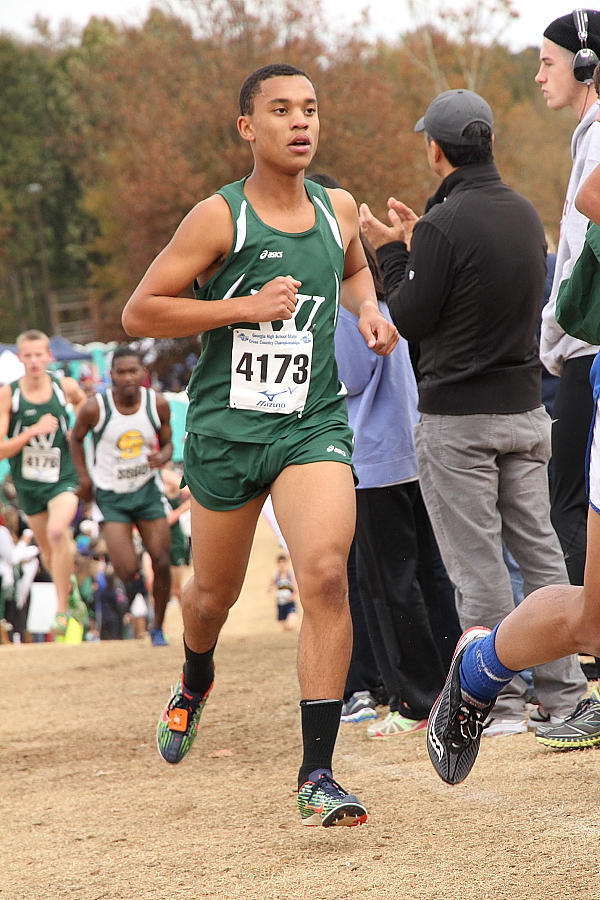 Jordan Flowers stalks Marcus Gouthro (r) and chasing him is teamate Huff (bl) and Eddie Stafford (br)     Image by Jonathan Speights
It was quite a race thru 2.5 miles between Marcus Gouthro from RMA as he led going into loop 2, followed by Eddie Stafford and Jordan Flowers with a host of Westminster and Wesleyan lads in tow. At 12:58, Flowers had a slim lead of 8-10 meters on Gouthro coming into the playground. Flowers took over the lead after the 2 mile and pulled away for the win. Flowers used his Track speed the final 800 meters creating a cushion between Gouthro winning the overall title in 17:22. It was a very gratifying victory as Jordan battled thru mono at 2012 State. He also allowed if he decides to race Foot Locker, it will be his final Cross Country race. Gouthro hung tough having an incredible race taking runnerup honors in 17:33 nipping Westminster's Graham Huff as he had just passed Benedictine's Sam Geha the final 5 meters crossing 3rd in 17:34.35 to Geha's 17:34.92 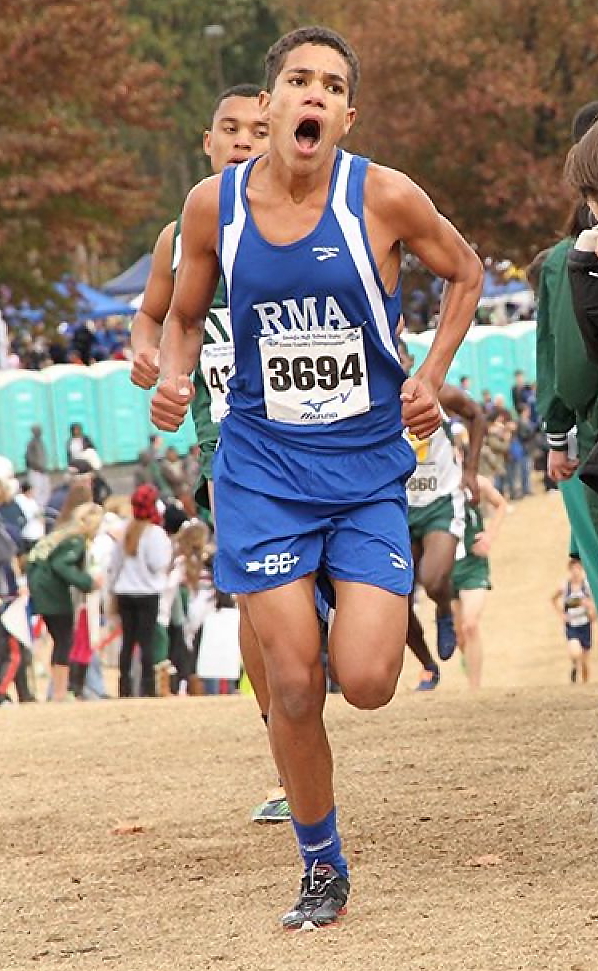