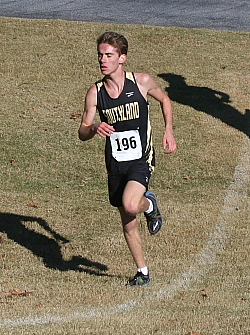 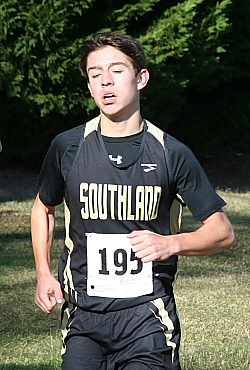 In a very competitve team race, Southland rose to the challenge saving their best for last, peaking at primetime and seizing the GISA Boys AAA State championship. The Raiders top 4 runners were the difference makers besting runnerup Augusta Prep by 7 points in that matchup providing a cushion their 5 guy could work hard enough to seal the title. Wright Calhoun led the raid as he contended for an individual title placing 2nd on the tougher layout in 17:12, Billy Calcutt ran tough finishing 5th in 17:28 with Brian Miller and Geoffrey McDonald placing 12th/13th. Augusta Prep hung tough earning runnerup team honors besting The Heritage School by 9 points led by John  Earwood's 3rd place finish at 17:17. Tanner Brandner was the top harrier for Heritage finishing 6th in 17:35 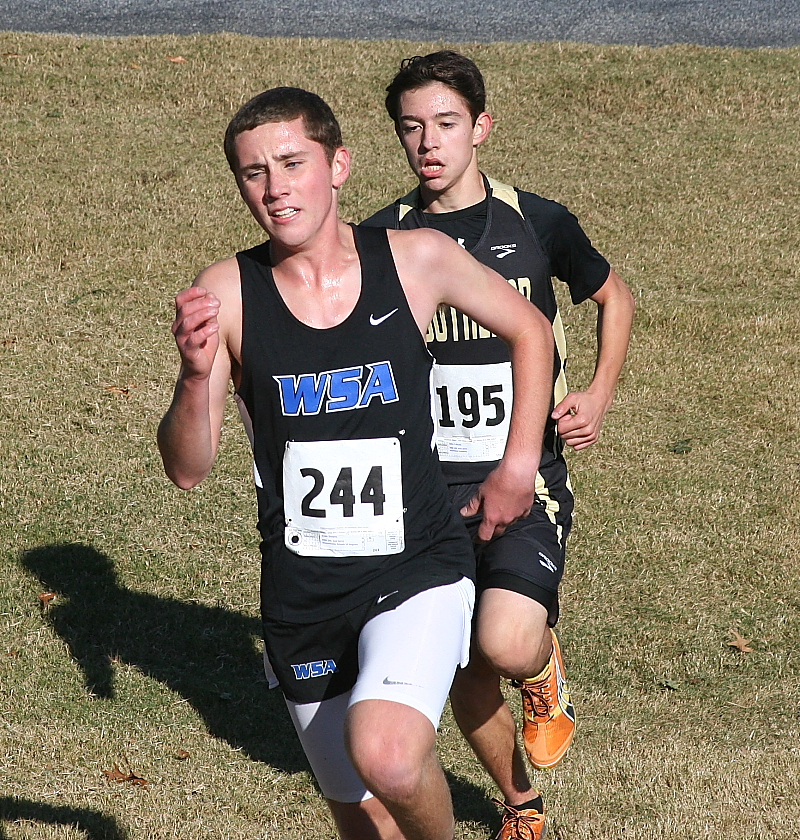 Evan Downs of Westminster Augusta makes his final push up the long hill next to the street  All Images by Bruce Taylor ga.milesplit
In what had to be the most strategic race of the day, several runners at one time and perhaps more actually were leading the race. But when they rounded the final turn towards home, Evan Downs of Westminster Schools of Augusta made his moves slowly moving from 9th just before the mile marker (swing sets, before disapearing into the woods) into 4th place at the street crossing on the 2nd loop, and thru the woods passed everyone before holding off a mad dash by Wright Calhoun on the homestretch winning the Individual title posting a 17:07 Calhoun was hot on his in 2nd, Earwood of Augusta Prep placed 3rd and Reece Hickok of WEstfield placed 4th in 17:24 after taking the race out early and leading at the Mile mark. Calcutt of Southland placed 5th, Brandner of Heritage 6th and the final runner going sub 17: was Devin Hazzard of Mill Springs Academy in 17:42.
Complete Coverage
Photo Galleries:
GISA State Meet by gawebmaster
GISA State Meet by gratis
GISA State Meet by gaxcrunnerfan
Video Galleries:
Jacob McLeod Interview
Kaleb McLeod Interview
Tweets by GAMilesplit