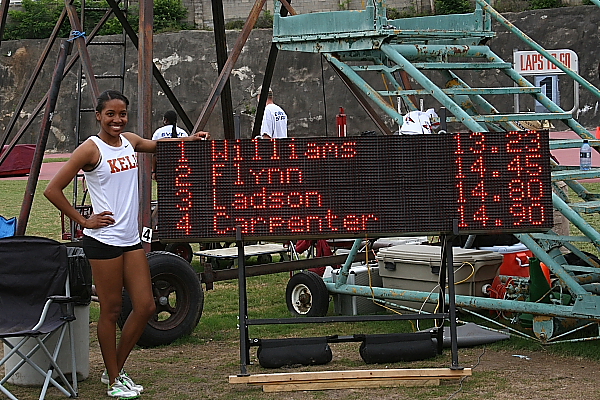 Kendell Williams  13.23! The #1, 100 Hurdles time in the USA and 7th Best HS of All-Time  Image above by Bruce Taylor ga.milesplit

Alot of athletes had special performances during Finals, but none could touch Kendell Williams 13.23 (wind legal) time in the 100 Hurdles. Just a day earlier, Kendell doubled in the LJ jumping 20-09.25, then had a modest (for her) clearance of 5-8  winning the HJ. A scant 2 hours later,  Williams flew over the 100h at 13.29. On Saturday, she was so fast it was luck to catch her flight over any hurdle w/out  pro-quality equipment.   As she crossed the finish line, crowd's reaction was WOW!!!,  checking out Phil's scoreboard (though clueless) of what they had just witnessed.. I immediately notified Harley Calhoun, and before they let her off the Victory Podium announcing in their disinctively cordial Albany flavor that in fact, Kendell again (4 years straight) is the top 100 hurdler of the meet, Not allowing her to exit the Podium,  pa guy sprung it on the crowd about the National mark achieved and the crowd exploded like I've never witnessed or heard at any HS Track and Field meet. Kendell wasn't thru though, running a 4x400 leg for Kell passing 3 runners...Congrats to Kendell on her crowning achievement as she has to be considered as one of the greatest Female HS Track and Field athletes in the history of GHSA Girls Track and USATF GA T&F.   Hurdle Images below by Bruce Taylor ga,milesplit 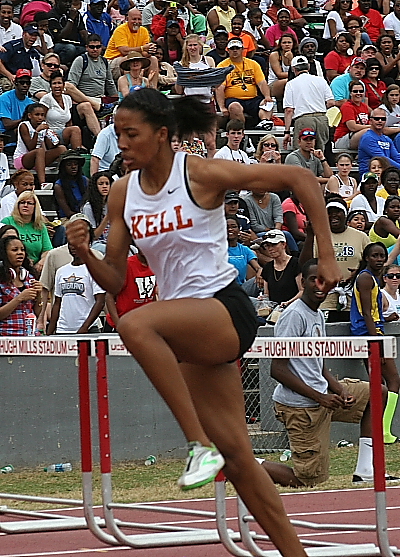 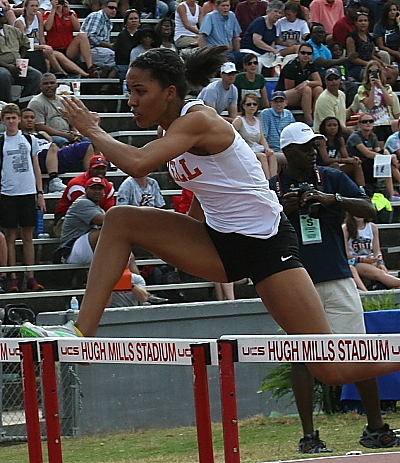 Its a Bird, Its a Plane...No, Its Kendell Williams!   LJ Images by Pinion Photograpghy 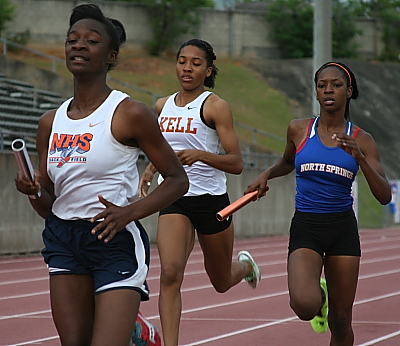