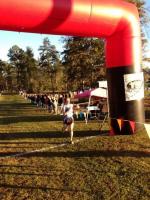 5A Boys Top 25 Performances Week Ending 3-30*...
It was a great long weekend for GA HS Outdoor Track as 4 Major County meets were contested producing some excellent racing. Here are the top 25 5A Boys Performances by event week ending 3-30*...

Week Ending 2-22 GA HS Boys Top 20 Per Event...
It was a lean week in Georgia for Outdoor Track with the frigid Artic blast cancelling all meets Tues-Fri and the Big Orange Relays. Here were your top 20 Boys performances by event for last week. Rya...

GA State XC Meet Results Merge: Top 500 Boys Individual...
A list of the top 500 individual times from all 7 classification races at the 2014 Georgia High School State Cross Country Championships....
5A Boys- Poteet Slams the Field, Clarkston Celebrates ...
The GHSA State Cross Country Championships got off with a bang this morning at 7:45 with a light cover of frost in the &#39;bowl&#39; at 39 degrees with little to no wind. All along it was a question ...
Class 5A Boys State Meet Preview...
Its been brewing all season ever since Clarkston and Forsyth Central met at Bob Blastow on the quick Clinton Farms course and the Angoras gored the Bulldogs in the backside in the Varsity Boys 2 race ...
Ga.MileSplit Week 10 Boys 'Runners of the Week'...
Kaleb McLeod had some company early in the AAA Boys race in the GISA State Championships but pulled away in Mile 2 posting a 15:30 for the win. It will be interesing to find out if he&#39;s been holdi...