When: May 22nd
Where: Marietta, GA
How To Watch:
WATCH LIVE HERE Colleen Branch nips Adaejah Hodge for the 6A girls title. Freshman, Adaejah Hodge of Alexander was the top 200m sprinter. Sophomore Sydney Harris ran the #7 time in the USA in the 6A 400m dash. Riley Perlakowski smoked the 7A field in the 800m run recording a US #8 time. Hannah Miniutti ran a terrific race holding off Hannah Schemmel to win the 5A 1600m title. Schemmel and Miniutti were at it again in the 3200 with Schemmel winning in a photo finish. Unfortunately, it seems the race video has been lost... Jasmine Harmon of Fayette County had the best performance in the 100 hurdles. Pictured above is Madyson Wilson of Westlake who won the 6A 300h. GAC had the fastest time of the championships in the 3A 4x100. 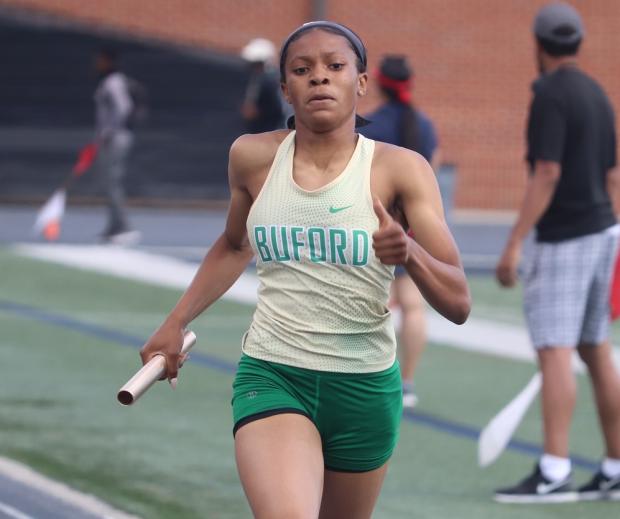 Janae Profit of Dunwoody is going to go down as one the greatest Girls HS combo-throwers in history. Janae broke the All-Classification State Record in Girls Shot Put this past Thursday Afternoon at the State Meet in Powder Springs throwing 47'11" on her fifth throw. Janae also won the 7A Girls Discus Throw with a throw of 151'2". (photo Dan McCauley)
Shot Put Payton Phillips of Carrollton (UGA signee) set a new 6A state meet record with a mark of 13-.5.50