#1 All-Class St. Pius X comes into the state championship as the favorite, following a head-to-head victory over Marist at the Coach Wood Invitational.  The Golden Lions held back at region 8 and their strength lies in some serous depth in runners 2 thru 5.

The War Eagles will need some improvements from the back half of their top 5 if they hope to win the 4A title. Marist has a very low stick in Andersen and cannot be discounted at State as they always peak at State, moving up in Miles 2 & 3 during the race.

Blessed Trinity has ran well all season, and the fastest course they ran was at Coach Wood. The Titans' bested North OC at Coach Wood by 69 points by having a much tighter pack (1-5 split of :38)

North Oconee ran their guts out at 8-AAAA placing 2nd behind St. Pius X and look poised to round out the podium teams. It will take a 'Titanic' effort for them to push Blessed Trinity.
Teams in the Mix for Top 10 Spots
White County, Oconee County, and rapidly improving Flowery Branch look to play spoiler.  The team battle in the bottom half could be very tight and interesting to watch. LaGrange appears to be peaking at the right time after defeating two strong squads in Cartersville and Chapel Hill enroute to their region 5AAAA victory.
Individual Race:
Leif Andersen of Marist and Justin Wachtel of Mary Persons are the two favorites coming into the state championship. 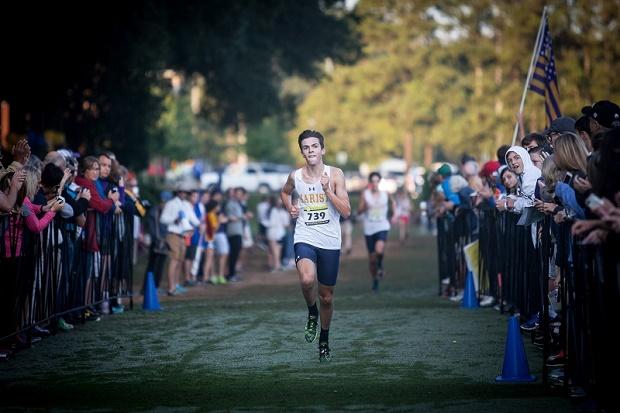 Leif Andersen of Marist
As a senior, Andersen is very battle tested against elite competition and brings the experience of winning three track state titles and a stout 15:15 victory from Great American 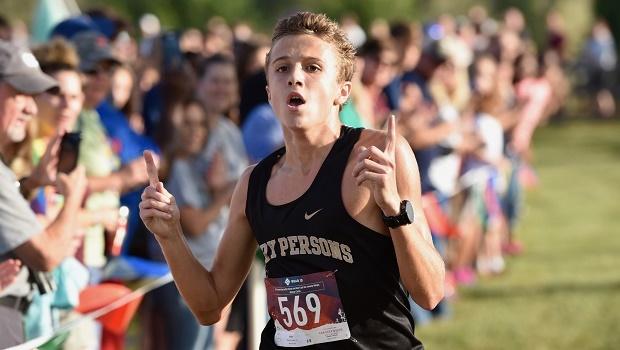 Justin Wachtel of Mary Persons (photo by Daniel McCauley)
Soph Wachtel has won seven of his nine races this season, and returns to Carrollton as the top returner from 2017.  These two have raced head-to-head twice and the results were split.
Looking to challenge the two favorites will be a group of runners who have alternated their finishing position throughout the season. Rowan Wiley (St. Pius) and Wesley John (Oconee County) finished in a near dead heat at the 8AAAA meet. 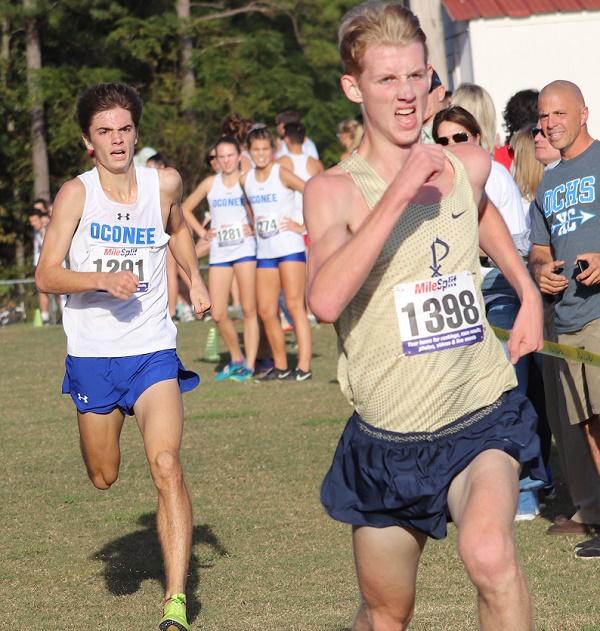 Rowan Wiley of St. Pius X
Wiley had to put it high gear to hold off Wesley at 8-AAAA. Rowan has led Pius X all season long and gives them a very low stick in the team race against Marist. 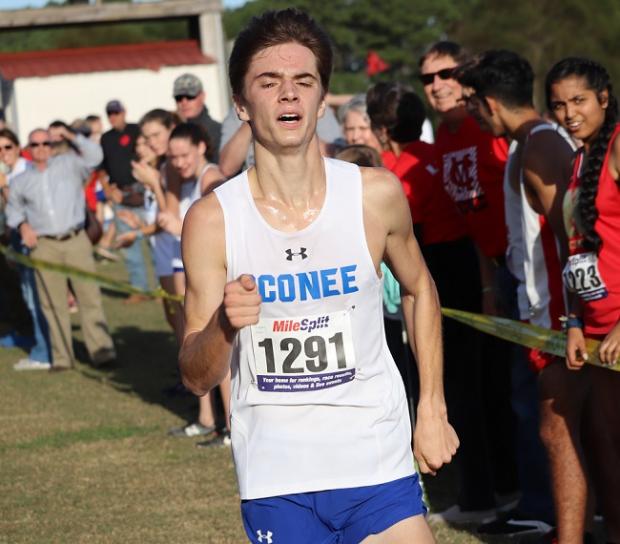 Wesley John of Oconee County
John recently signed with the Dawgs' of UGA, meaning they see some potential in him for the next 4 years. He finished a couple seconds behind Wiley at region. placing 2nd. 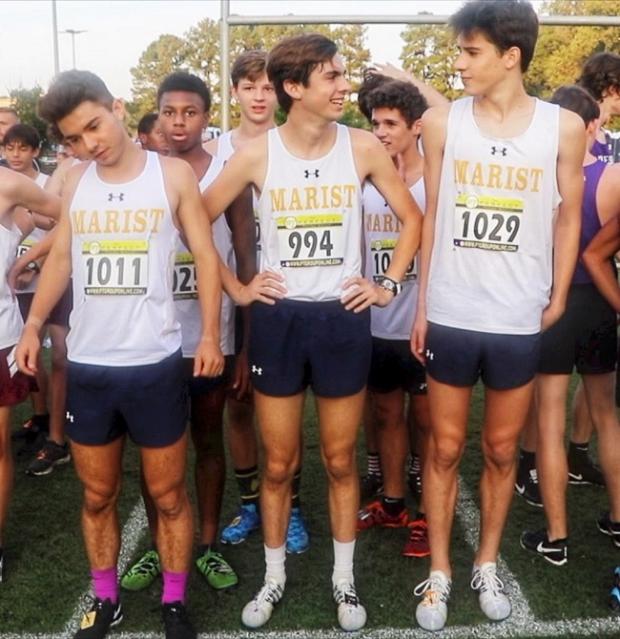 Colin O'Rielly  of Marist
Its sometimes like Colin is the 'forgotten man' on the Marist squad with all of Andersen's accolades. O'Rielly turned in a 15:52 at Coach Wood, is a solid #2 and could place in the top 5 at State. 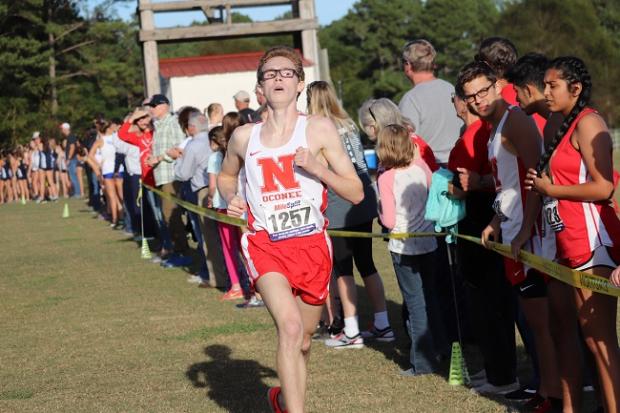 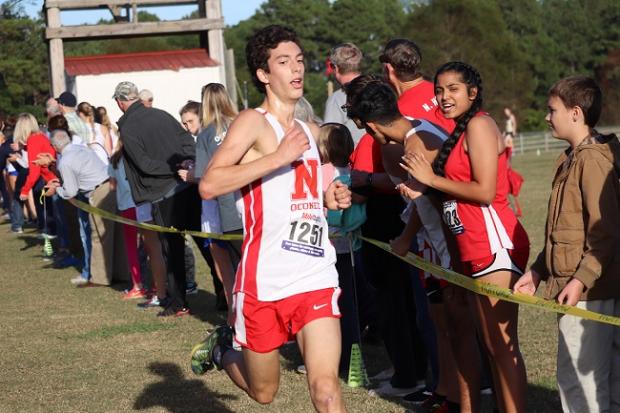 Davis Potts of North Oconee
Running mate Davis Potts had a strong outing at Coach Wood (16:02) & at region and appears ready to challenge for a top five finish in Carrollton.

In the mix to break into the top 10 are: Nicolas Fontova, John Owens and Jack Voss of St. Pius X, Collin Kilgore of Flowery Branch and Henry Plowden from Westover (ALB)