After a very interesting Region Week, there are now several teams who probably feel they have a shot at the 6A title.  #4Pope beat #1 Cambridge, #3 Harrison beat #2 Creekview.  Both competitions were decided by 4 points or less, so all 4 teams should feel good about going into Friday.

HOWEVER, the race could come down to who is running.  I mean, who actually runs in the race.  If Cambridge runs what they are capable of, I think they have the best shot of taking the title and repeating at the 6A State Champs.

Pope did best Cambridge at Region last week by 4 points. The lady Greyhounds make be seeking some redemption from 2017 when they failed to qualify for the State meet..

Harrison came out on top at Region 6 with a hard fought 3 point win over Creekview. The lady Hoyas may have an advantage with depth from 4-6 and will look to better their 2017 3rd place finish.

The lady Griz' sport one of the top 5 runners in Georgia with Makena Gates and have a strong 2 and 3. Creekview placed 2nd in 2017 and is definitely a title contender.

Fighting for the Podium:
Creekview, Harrison and Pope (from above) all are contenders for podium spots.  But who else?

Take a look at Region 5 Champs, Alexander.  The Lady Cougars won by an impressive 40 points and only a 1:14 gap from 1-5.  Region 7 has a slew of tough teams, so keep an eye on John's Creek and Centennial to fight for those spots too.
Rounding out the Top 10:
The Lady Knights of River Ridge have been hovering in the top 10 of 6A all season and with 2 low point getting girls, anything could happen.  Richmond Hill are the Region 2 Champs and always run well late in the season.  Never count out a Region Champ, Greenbrier and their Region counterpart Lakeside-Evans aren't gonna just show up and watch everyone else dance!  The Lady Bucs of Allatoona ran very well at Allatoona Creek Park to punch their ticket to CES and are ready to make some teams walk the plank.
Individual Race:
Top of the Class: 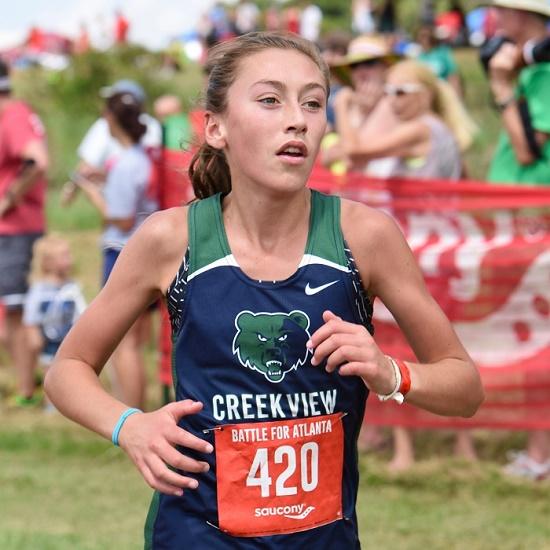 Creekview's Makena Gates is the defending 6A Champions and there is no reason to believe that she cannot repeat, she has a season average of 18:24 finishing only once out of the top 2 of any race, the Great American XC Festival ROC (11th.).. (photo by Daniel McCauley)
Other top Contenders: 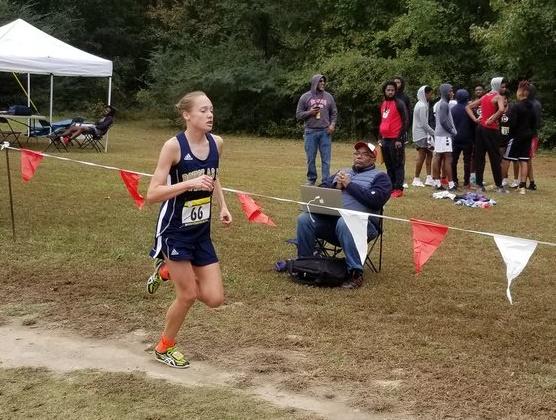 Douglas County's McKenna Croft dominated her Region meet and has an 18:50 season average. 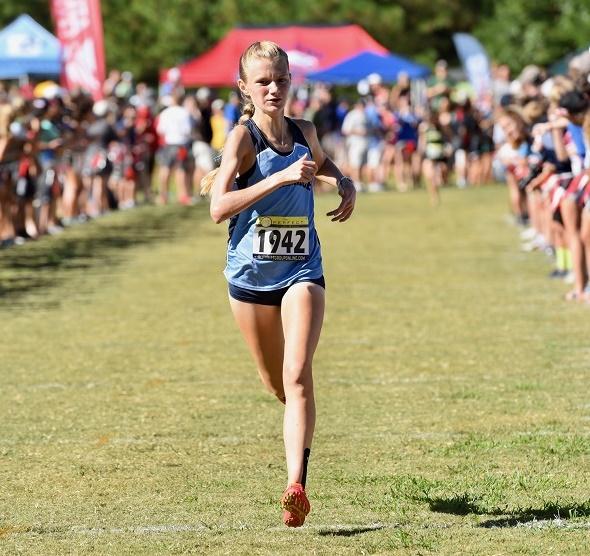 Region 7's Ashley Sechrest of Cambridge was the top 6A finisher at Coach Wood (8th), was 3rd at Asics and holds a season avg of 19:07. 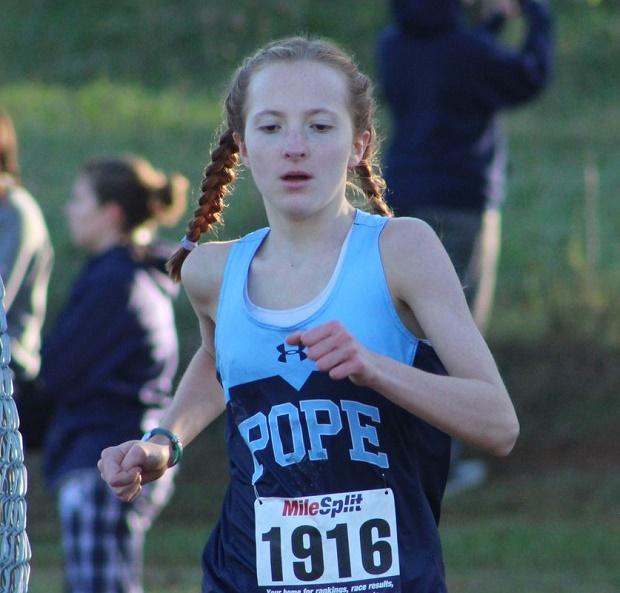 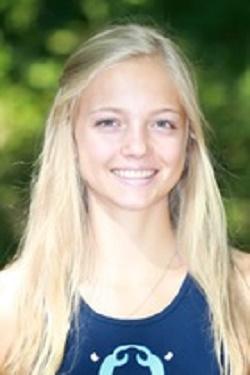 Cambridge has more than 1 contender in Senior Grace Gerlach, She finished right behind Boice at Region. 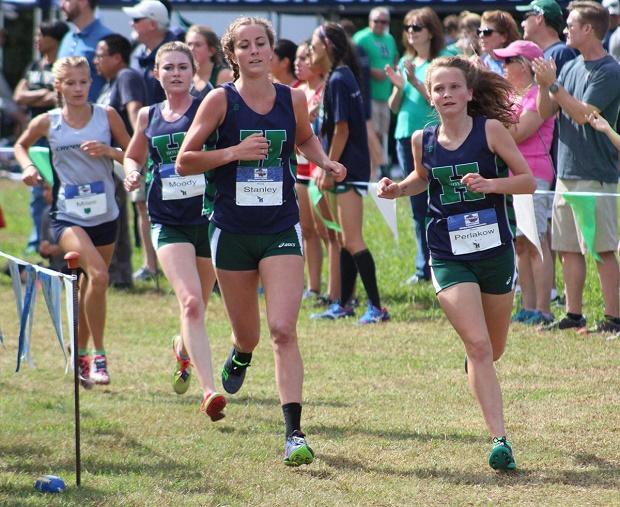