Man oh Man...what a day for the NFHS Network to crap out and fail to LIVE stream the 1600m finals at Berry tonight.. If, you were at Berry though, you got to enjoy perhaps the best set of 1600's in recent history. Oh, and what was the rumor going around about a delay due to Bees around the TJ/LJ areas? From flat out races like the 7A 1600, more strategic races in 4A and A Private, it was worth the price of admission or the drive.. 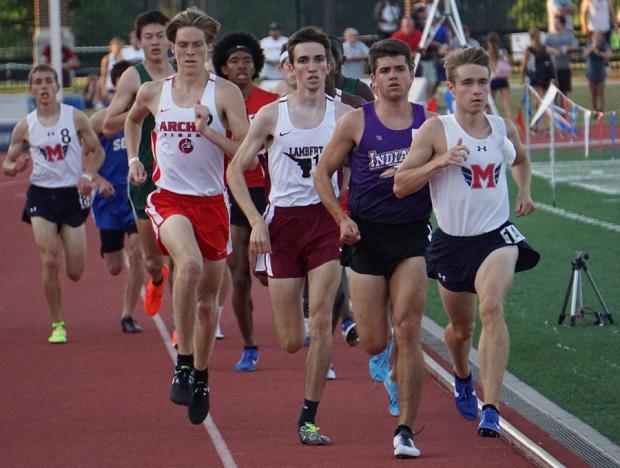 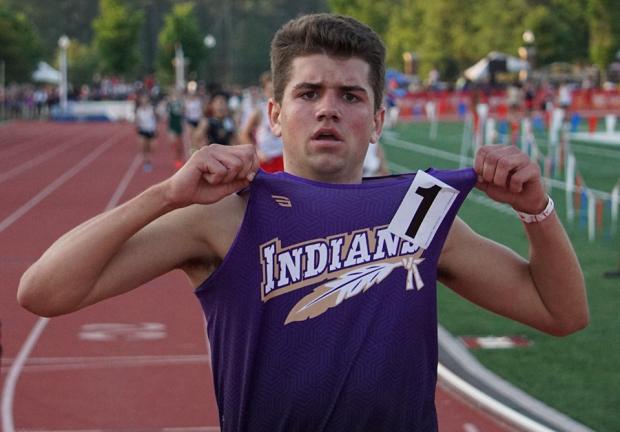 But, Kyle Harkabus of East Coweta ( a sophmore) hit another gear on lap 4, taking the lead and won going away in 4:13.35. The 'Bus' shows some Indians pride after his win. 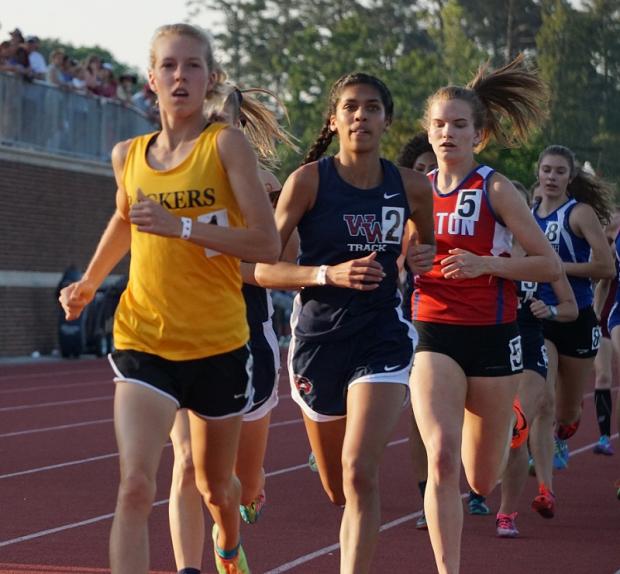 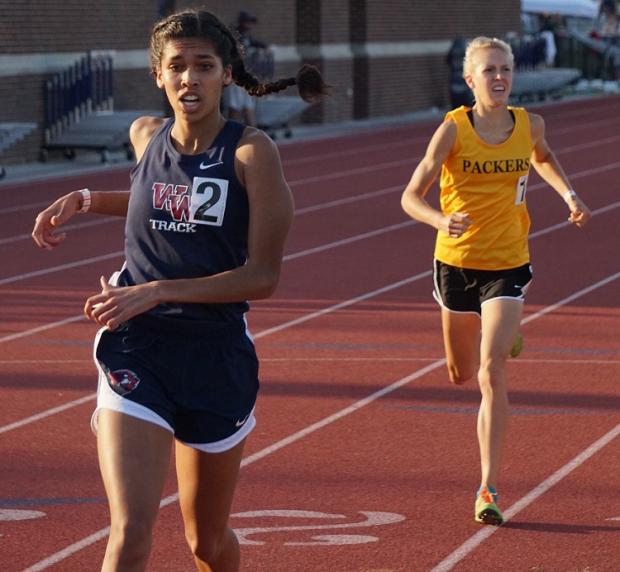 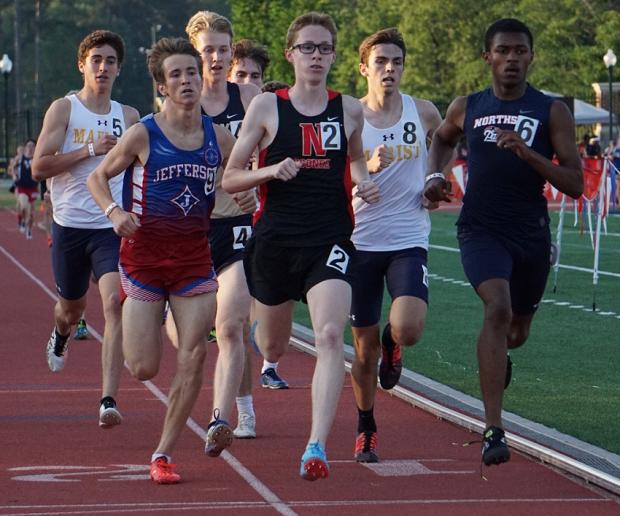 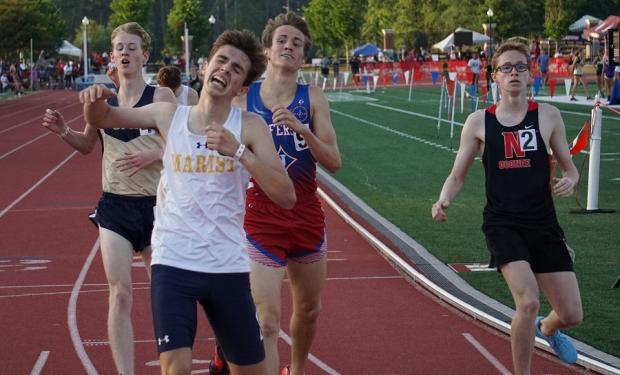 Leif Andersen of Marist, perhaps had the most impressive kick of the day however, coming back from 5th place, to seize the Gold, completing a sweep of 4A 1600 and 3200 races clocking a 4:19.54 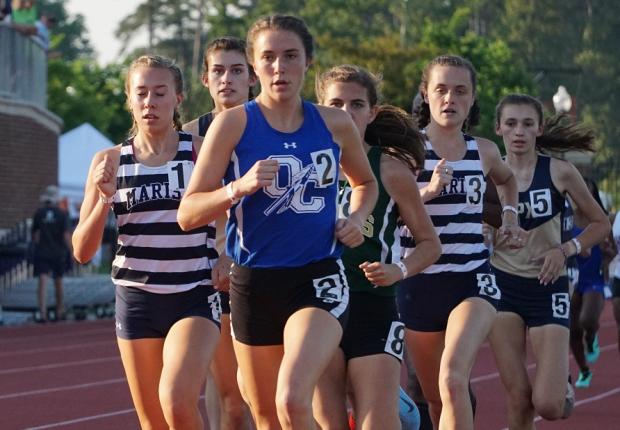 Nicole Pachuta of Oconee County leads the pack after lap 1 of the 4A girls 1600. 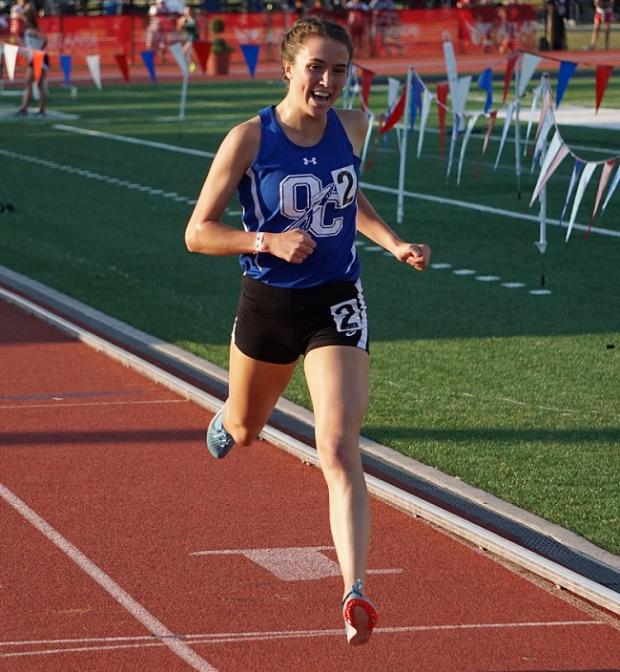 Pachuta of OC exalts in taking the Gold posting a 5:03.72 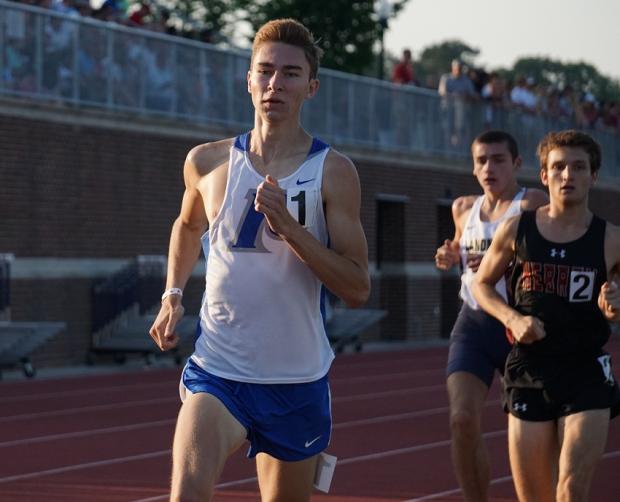 Griffin McCauley of Paideia had a plan, taking the lead from the gun in the A Private boys 1600. 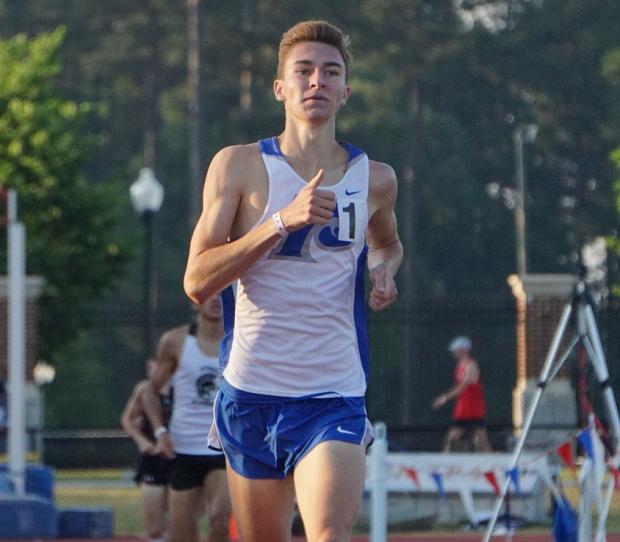 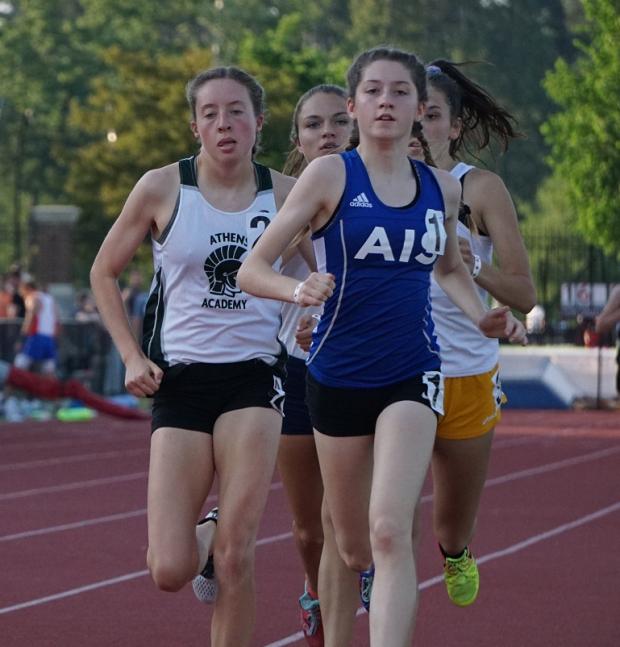 Reagan Mahoney of Atlanta International, led most of the A Private girls 1600m race 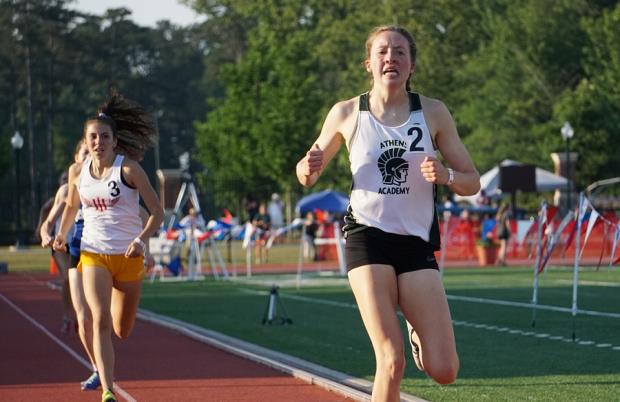 Anna Marian Block of Athens Academy stayed patient until the final lap, with her speed taking over claiming Gold at 4:56.31at 4:56.31

There were some outstanding Field event competition as well, as many athletes pr'd and there several upsets that happened by athletes not mentioned in previews. Tanner Duffin of St. Pius X had a monster throw of 189-3 which will land him on the All-Time top 10 list at gatfxcca.org 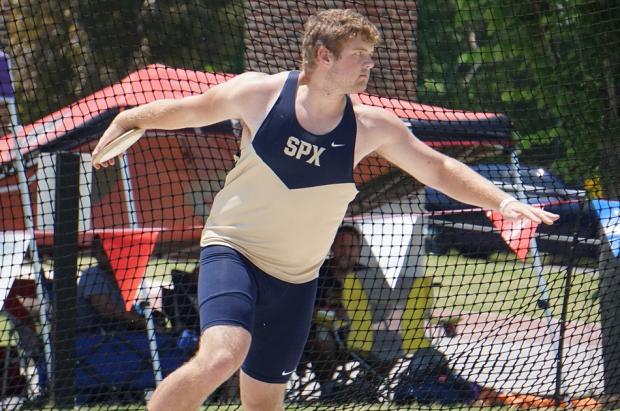 Tanner Duffin of St. Pius X swept the 4A throws events. Duffin had a monsterous toss of 189-3 in the discus, which will land him in the Georgia Coaches Association Top 10 lists of all time. Tanner also had a mark of 59-02 in the Shot Put. 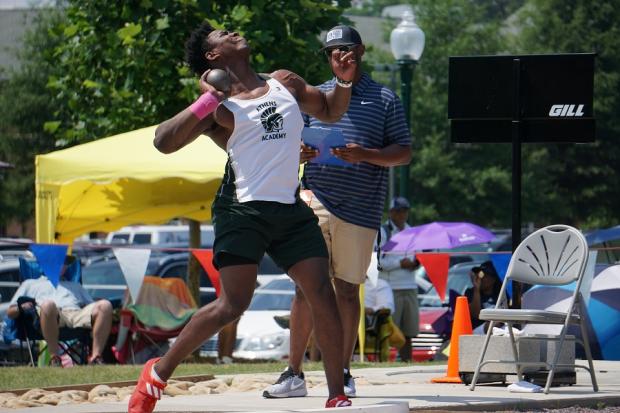 LenNeth Whitehead of Athens Academy easily won A Private Gold in the Shot, with a huge put of 66-4.50, helping the Spartans to a nice lead going into finals Saturday. 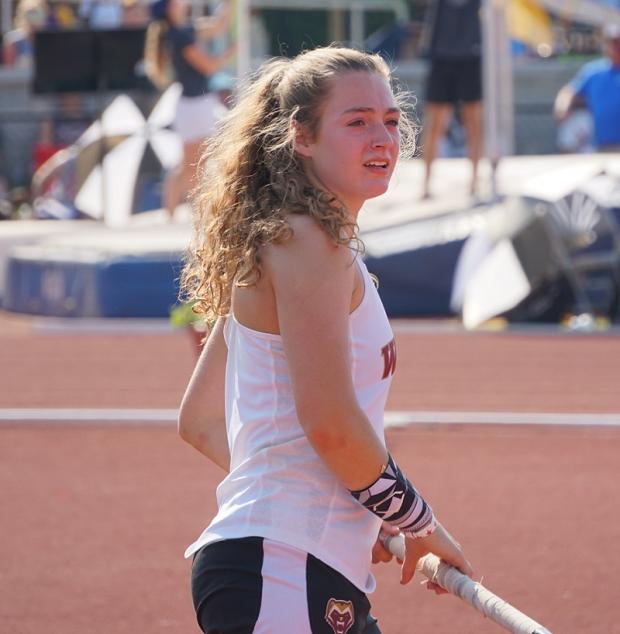 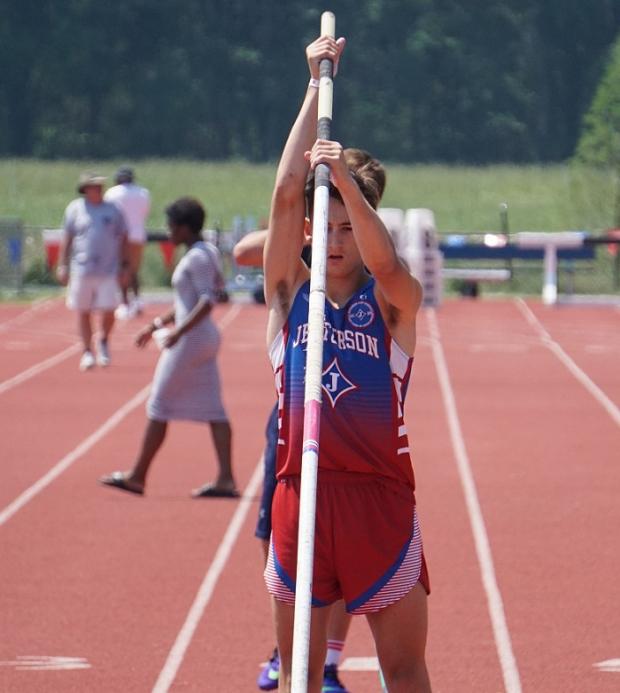 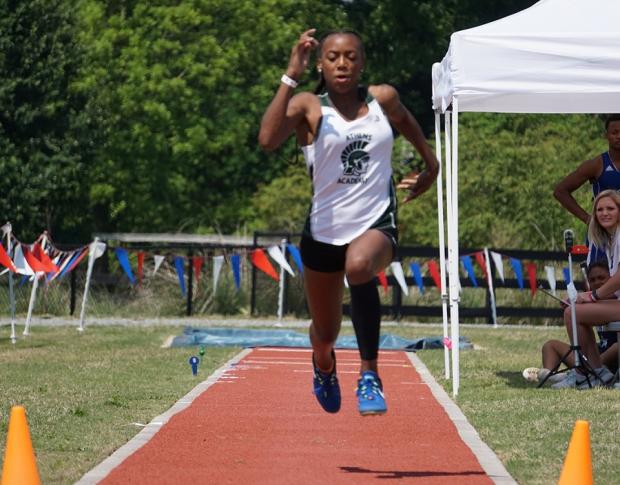 Jasmine Barrow of Athens Academy won the A Private Triple Jump with a mark of 39-9.75 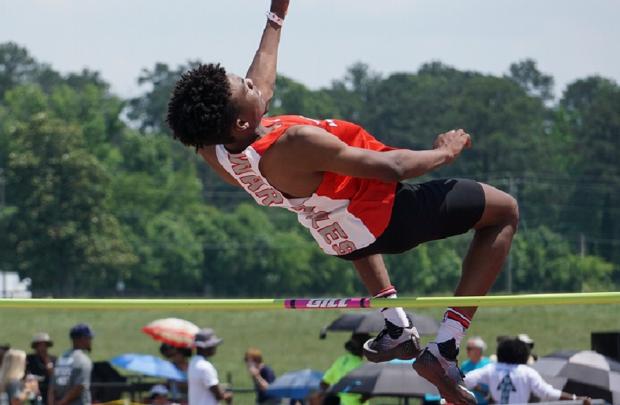 Sultan Simms of Woodward Academy took Gold in the 4A Boys HJ at 6-06.