(all photos by Rhett Butler of Berry College)

7A, 4A and A Private, endured a nearly 2 hour lightning delay, but temps dropped over 20 degrees and may have helped times in the 3200's. 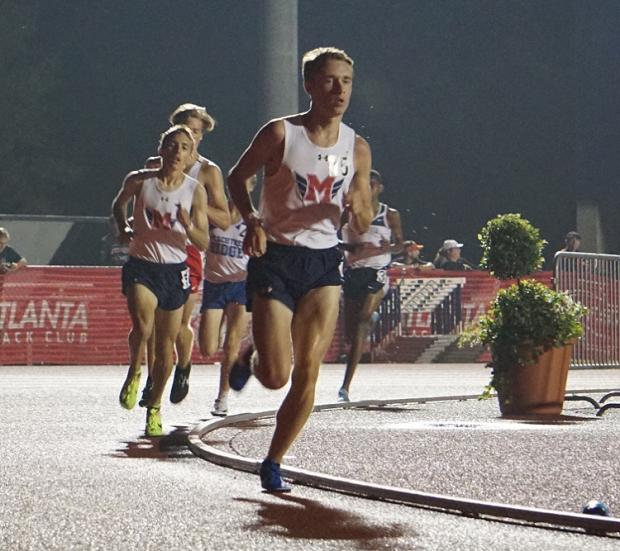 Sam Bowers of Milton owned the 3200m from the start and posted the fastest time of the meet at 9:13.79 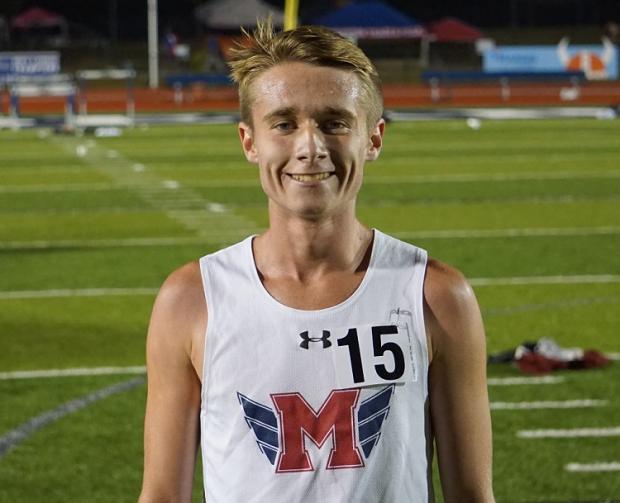 Bowers just Q'd at Sectionals, thus the 15th position at State, it turned out to be veteran move.. 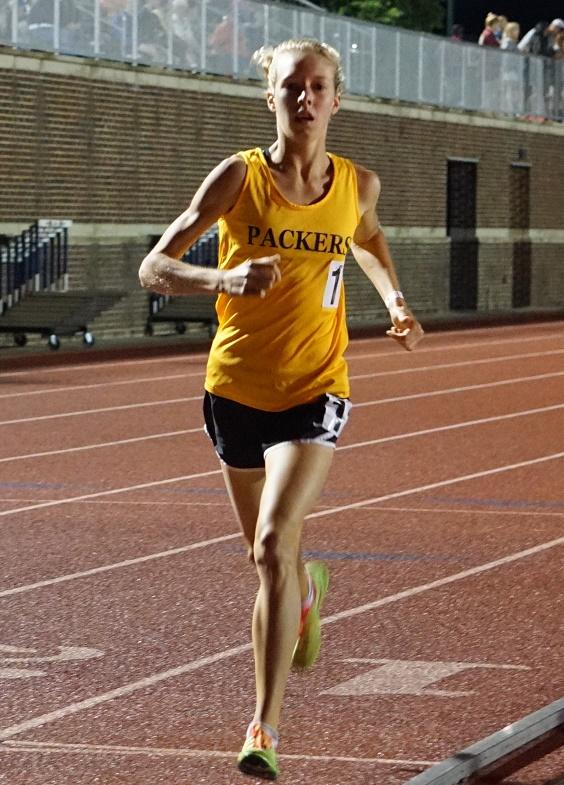 Elizabeth Fundeburk took the lead, never looked back and conserved some energy for the 1600 Friday night. 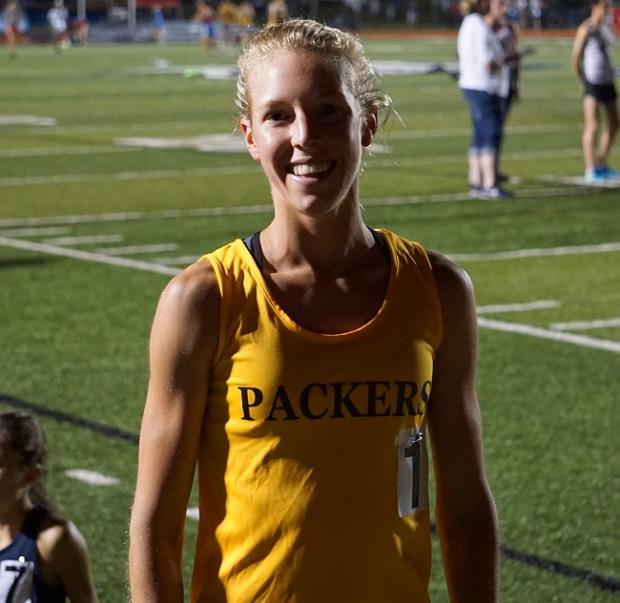 Funnderburk from way down south in Norman Park, was all smiles after the race 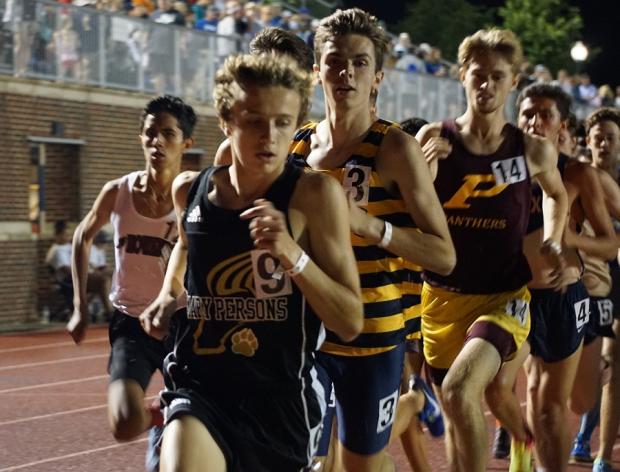 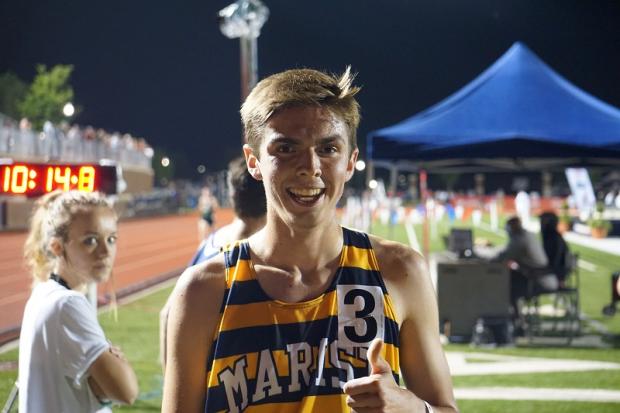 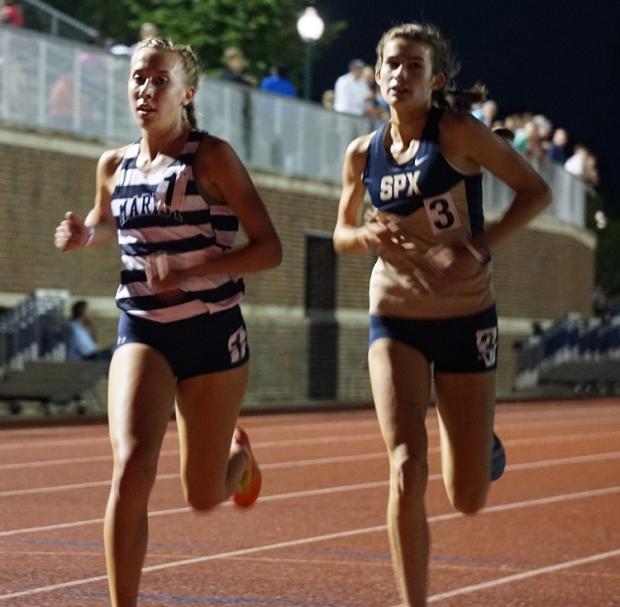 Josie Wirtz of Marist is challenged by Morgan Vaden of St. Pius X in the 4A 3200 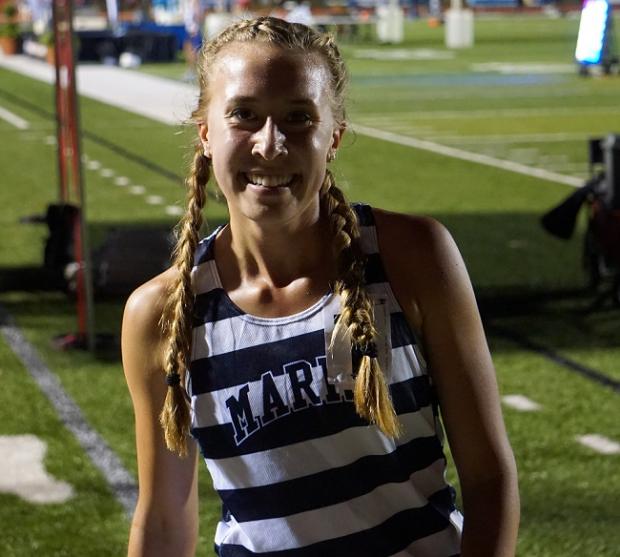 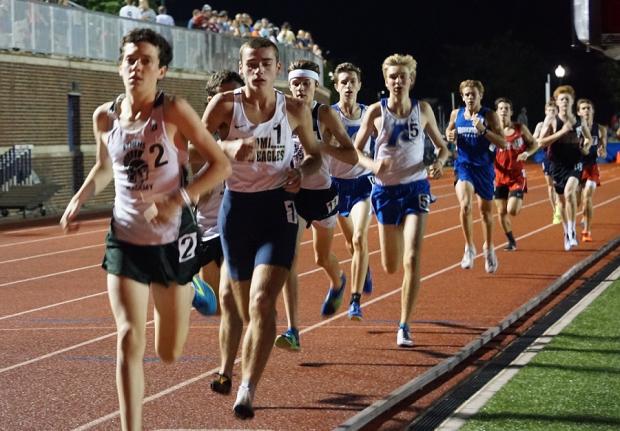 Graham Blanks of Athens Academy led most of the A Private 3200m race, but frosh Zack Truitt of Landmark drafted him for nearly 7 laps.. 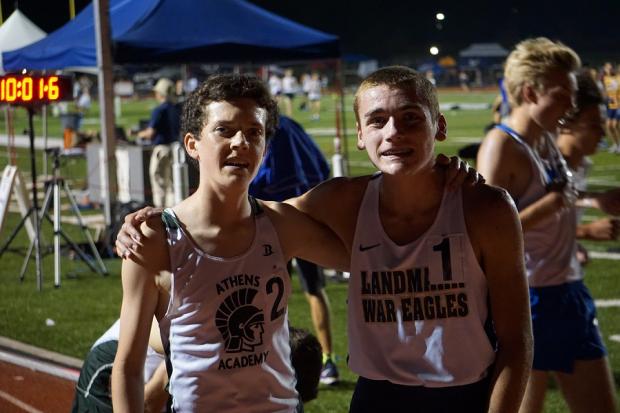 Truitt (r) took the lead just before the final lap and sailed to Gold clocking a 9:33.53 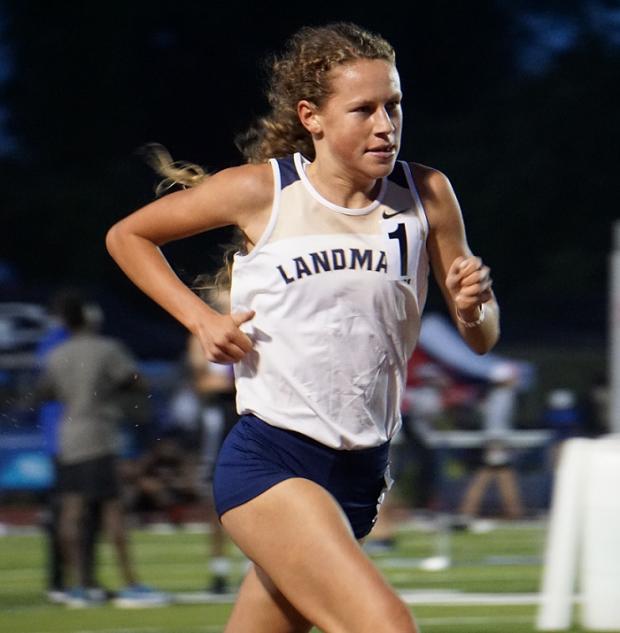