Last, and certainly not least is Class 6A. There are many outstanding athletes across every event, and it could be just as exciting as the 5A competition at Grisham Stadium as well. 41 boys teams and 39 girls teams had top 8 finishers at Sectionals from 6A. The 2017 team champs were Allatoona boys and Mays girls. MileSplit GA will be in full force onsite all 3 days taking tons of pics and doing interviews as well! 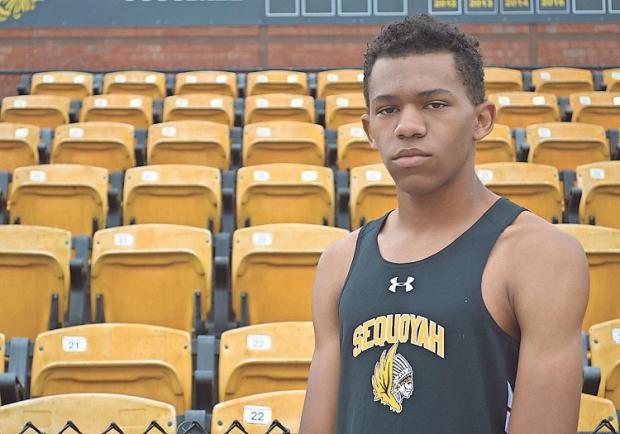 Kameron Schofield of Sequoyah
There are a multitude of great races, the 100m has 3 athletes with pr's within .05. The 400 should be sweet with 7 runners having pr's of sub 49. The 800m will be very competitive with Kameron Schofield the favorite boasting a 1:54.00. 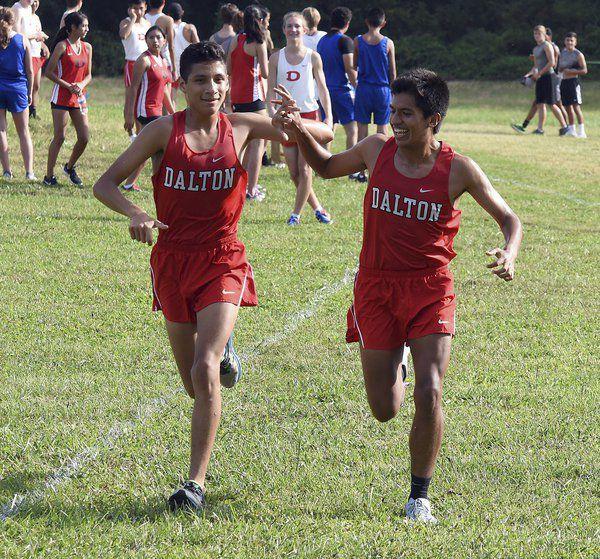 Adan Rodriguez of Dalton
3 runners are within .70 of each other in the 1600 with Adrian Hernandez fastest at 4:21.29. The 3200 will be a great battle with Adan Rodriguez fastest at 9:26.20. Stephenson is favored in the 4x100, but expect Richmond Hill and Alpharetta to push them and the 4x400 could be interesting if the team outcome is in doubt. 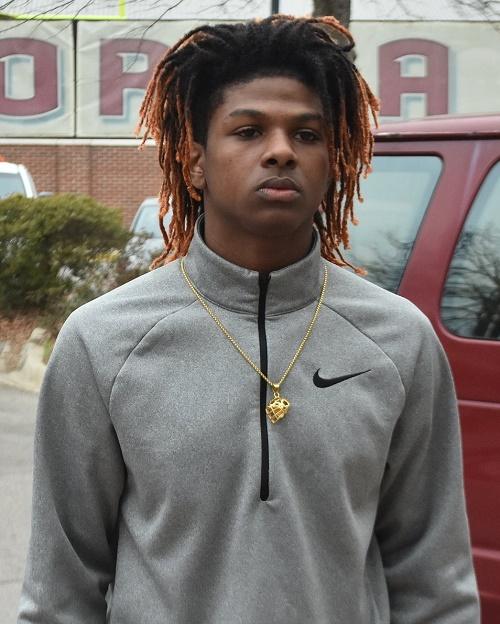 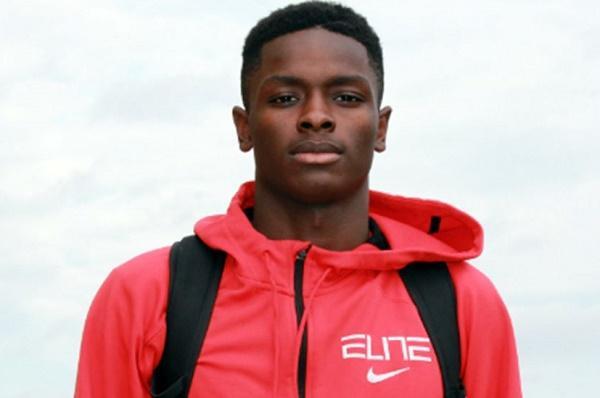 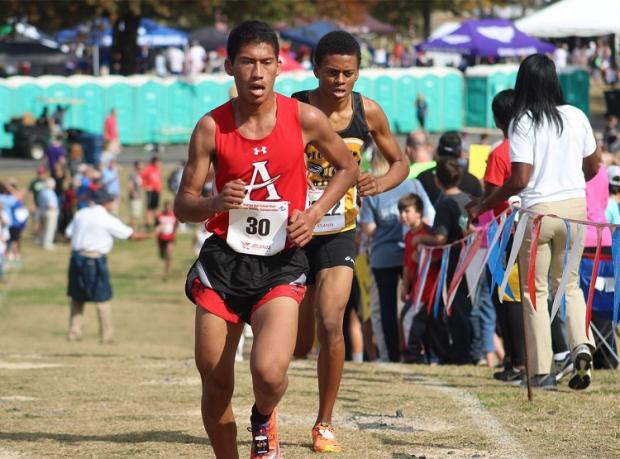 Adrian Hernandez of Allatoona
On paper (ala virtual meet based on Sectionals) its a 2 horse race for the boys team title. Allatoona is the defending champ and comes in as a slight favorite. The Bucs's strengths are sprints featuring Jacob Smith 100/200 and in distance with Adrian Hernandez 1600/3200 and Blake Klepper in the 800. Their 4x400 squad is 2nd fastest in 6A, Jake Ramsey can score well in the Vault and James Patrick Daniels could place high in the Shot. 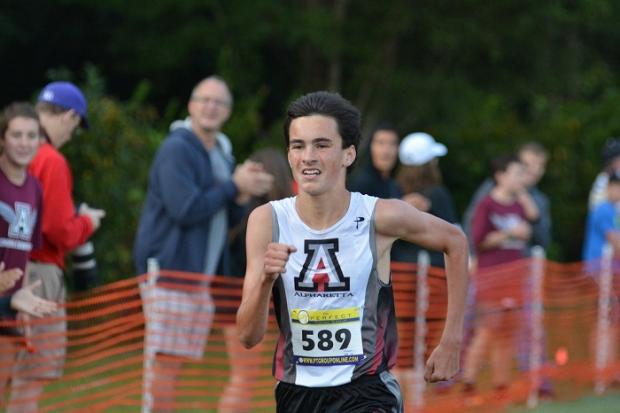 Robert Chappell of Alpharetta
Alpharetta is a lock to ascend the team podium unless they blow a tire or 2. The Raiders are fairly balanced in the sprints, distance, relays and throws. Robert Chappell (West Point Academy signee) is a threat for a top medal in the 1600/3200. Robbie Ruppell has a 48.27 400 time and Preston Jackson. can score in the 100/200. The 4x400 squad is tops in 6A and the 4x100 is strong as well. Jamal Ellis recently tossed the discus 167' and may score in the shot. If Allatoona misfires along the way the 4x400 could get interesting.

Jordan Young of Heritage
Other teams to do some scoreboard watching on are: Stephenson which thrives on speed in the sprints and relays. Richmond Hill, much like Stephenson but with potential to score in the jumps and Heritage (Conyers) who features Jordan Young (hurdles) and Devron King (HJ)
GIRLS
Races to Watch: 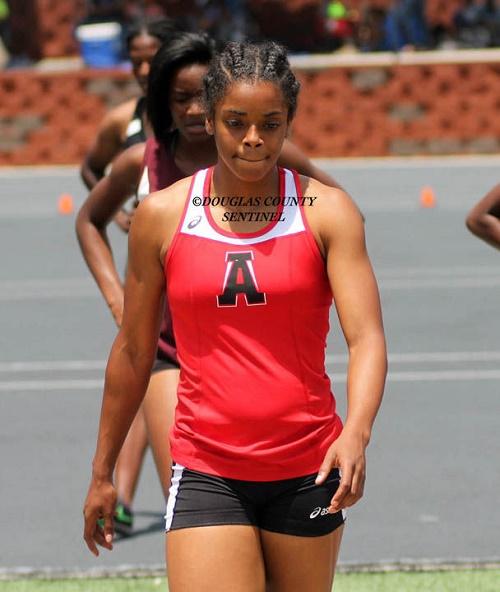 Vivette Green of Alexander
Sprints and Relays- 100m and 200m Are going to be showdowns with big team points on the line between MLK's Jayda Hunt and Alexander's Vivette Green. MLK should take the 4x100, but the battle for 2nd will be tight. Alexander has been fastest in class, but point hungry MLK could push them as well as Stehenson.
Hurdles: Simone Harper of Stephenson is tops in the 100h at 14.26 and Reese Crawford of Centennial is the gal to beat in the 300h at 43.94. 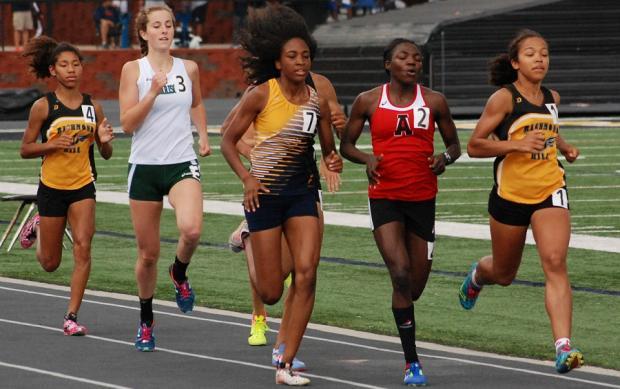 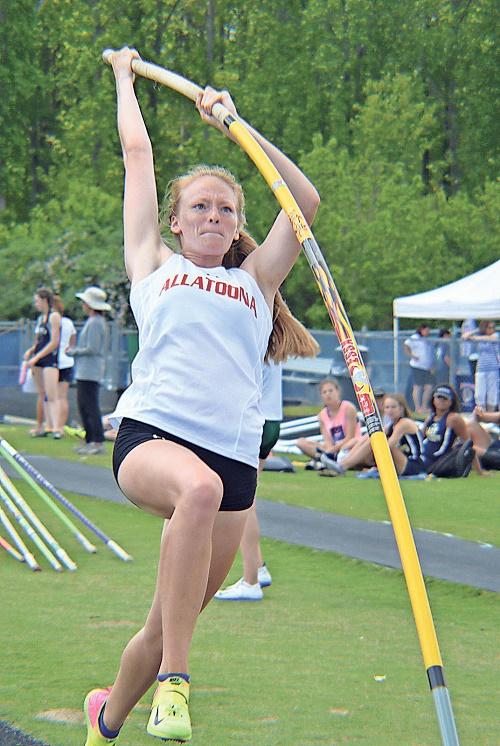 Courtney Long of Allatoona
Field: Courtney Long of Allatoona is the 3rd best vaulter in GA with a pr of 12-6. In the Long Jump 6 girls have marks of 18-9 and above, including class leader Shatara Johnson of Charles Drew at 19-5. Denise Issah of Pope is the favorite to take the TJ with a top mark of 39-8.50. In the HJ, 4 athletes have bars of at least 5-6 with Kyarra Newton of Greenbrier tops at 5-07. 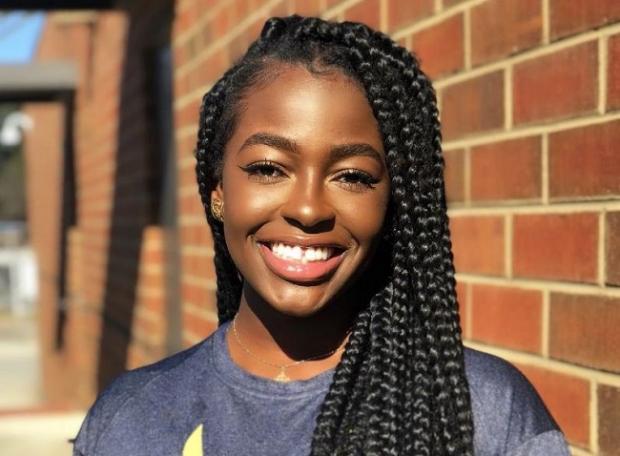 Elsie Igberaese of Dacula
Elsie Igberaese of Dacula (137-10) will be seeking to continue a family tradition, and take Gold in the discus like her sister Chelsea has done. Madelyn Horne of Johns Creek will seek to challenge (133-6) In the Shot 3 girls have marks of 39+ including leader Camille Saunders of Heritage at 40-7.
Team Preview: 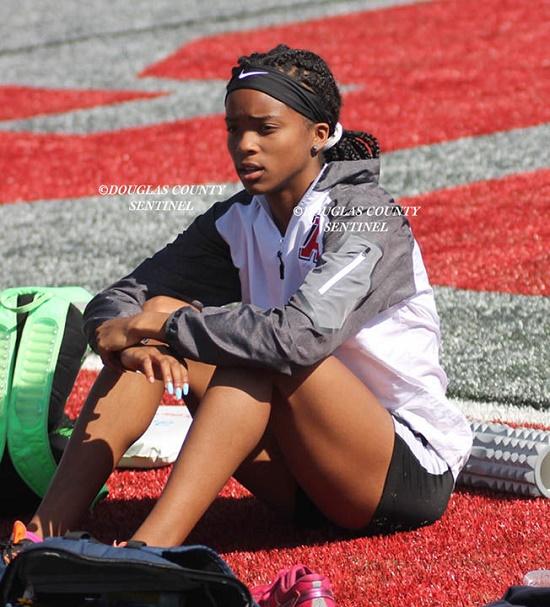 Frosh, Jazzmin Taylor Alexander
After finishing 3 points away from team title in 2017, the Lady Cougars had a very good sectional meet and definitely look like the team to beat at Carrollton this weekend. They have the formula to win a GHSA state title as well, 3-4 top athletes who can win their events and be the core of swift relay squads. Vivette Green is a twin threat to win Golds in the 100/200. Brenda Ayuk has the right stuff in the 800/1600 to sweep and Frehman Jazzmin Taylor can challenge for Gold in the HJ and score in the 800m. Alexander's 4x400 squad is tops in 6A and might score in the 4x100. 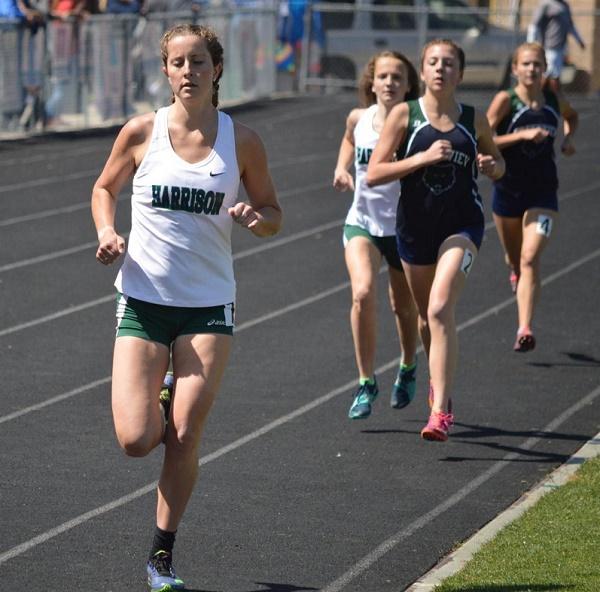 Kira Stanley of Harrison
Harrison to no surprise is loaded in the distance events and has some bullets in the jumps as well. Kira Stanley is #1 in the 3200 and #2 in the 1600m for 6A this Spring. Riley Perlakowski ran well at Sectionals in the 800 and 1600 and Kayli Moody can definitely score in the 3200. Alana Simpson and Jordan Jones did well in the HJ at sectionals and could rack up key points. 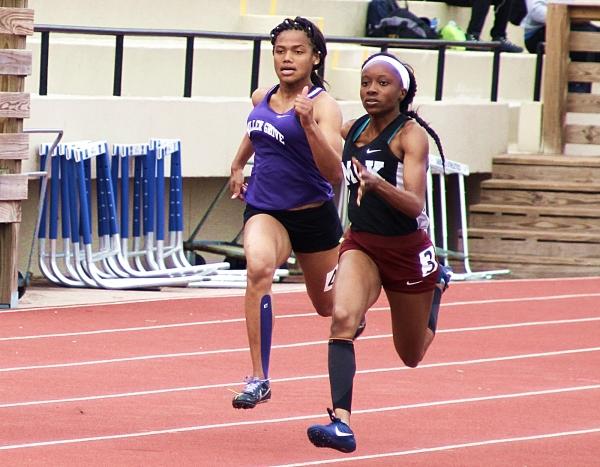 Kayla Hunt of MLK
MLK could challenge for 2nd on the team podium with their sprints and relay speed. Kayla Hunt is a threat to sweep the 100/200,  Ayonna Dennis and Jaili Green could pick up points in the 300h as well. Their 4x100 squad is fastest in 6A and the 4x400 team did well at Sectionals.
New Manchester has solid scoring opps in the sprints, hurdles, relays and jumps. Dae'Nitra Hester is a strong contender to win a Gold in the 400m. Brittany Cox is #2 in 6A  in the 100h and Alexia Allen can score in the 300h. Chloe Jarrette has chances to score in both horizontal jumps and is ranked #2 in the TJ. Both relay squads are solid.
Tweets by GAMilesplit