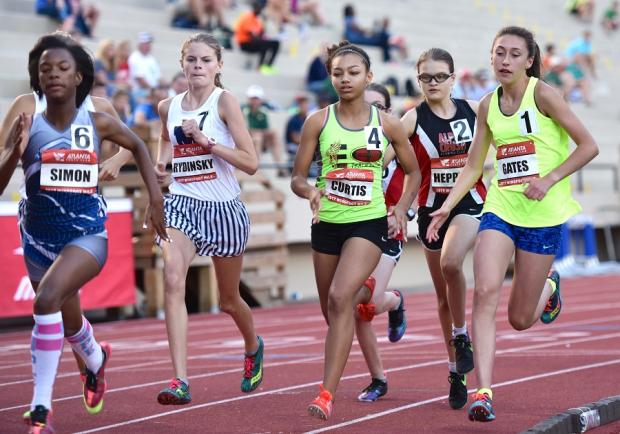 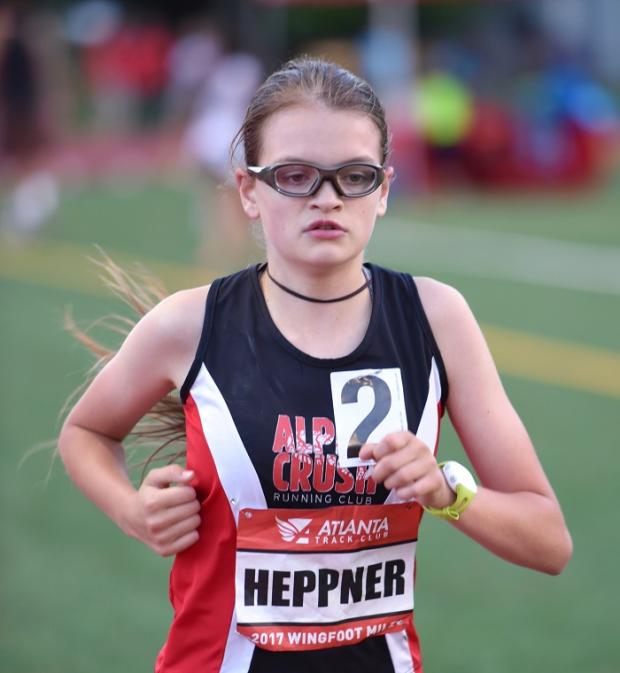 Clara Heppner of the Alpha Crush tries to stay in contact with the leader. 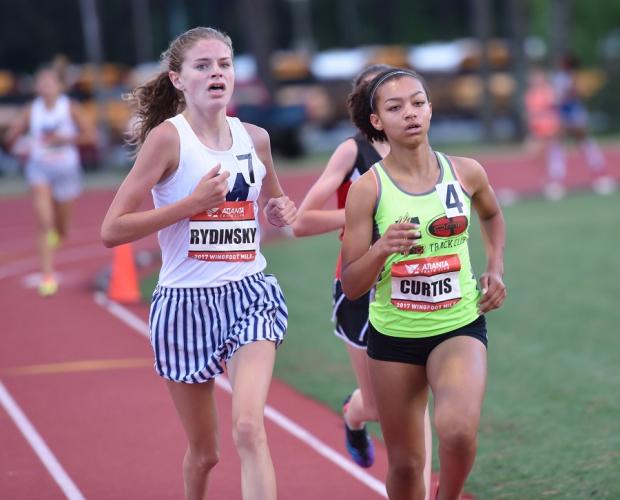 Hattie Rydinsky and Camryn Curtis run stride for stride in pursuit of the leaders. 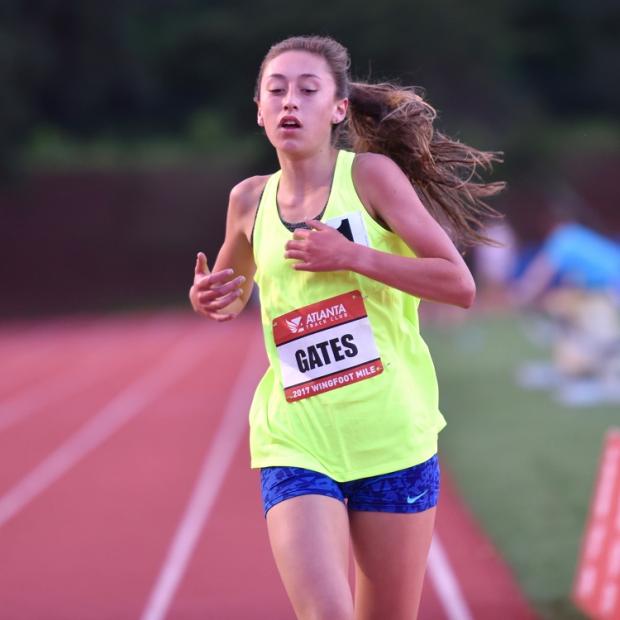 Makena Gates of (a rising Frosh at Creekview) takes the title going 5:25. What a dynamic duo she will help create paired with Nyah Hernandez next Fall.

MS Boys begin to charge out quickly after the gun, in what for many is their swan song as a Middle Schooler. Many boys achieved prs.. 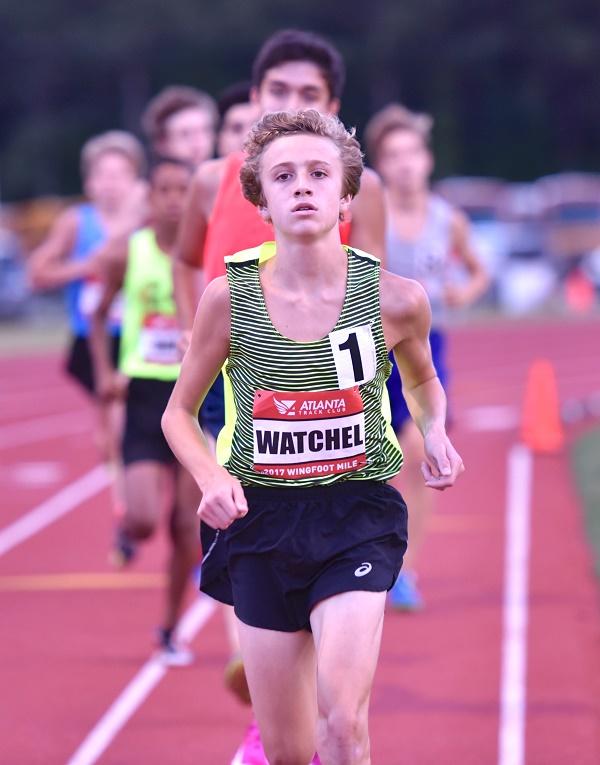 Justin Wachtel of Monroe County, will leave MS as the most prolific Distance runner in Middle/South Georgia history. 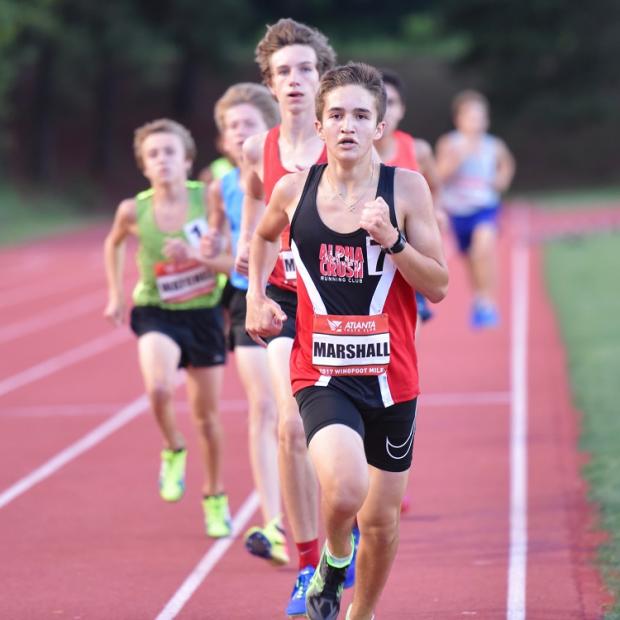 Hayden Marshall of the Alpha Crush, maintains contact with Wachtel. What NE Atlanta area school will get the benefit off his talents next season? 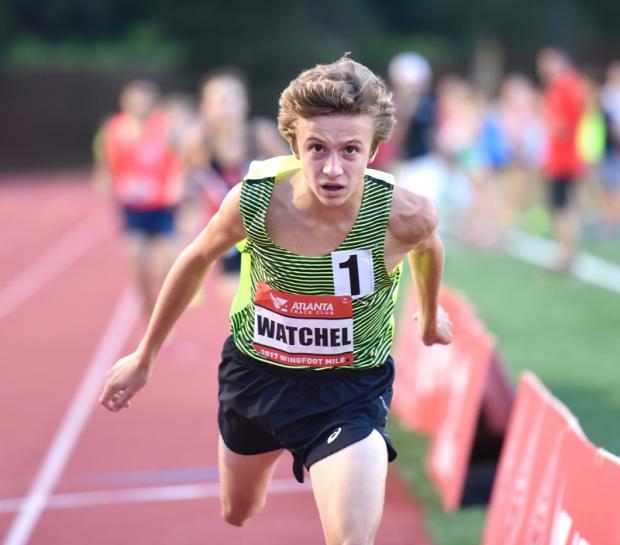 Wachtel leans for every hundreth of a second, winning the title in 4:44.90

HS Girls set sail for the right to claim the Wingfoot Mile Title. 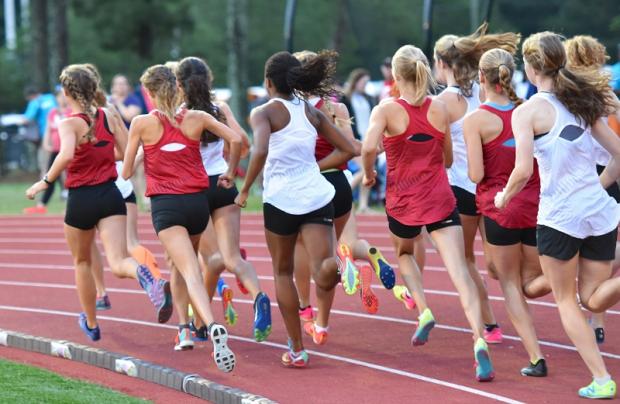 and here they go around the first turn... 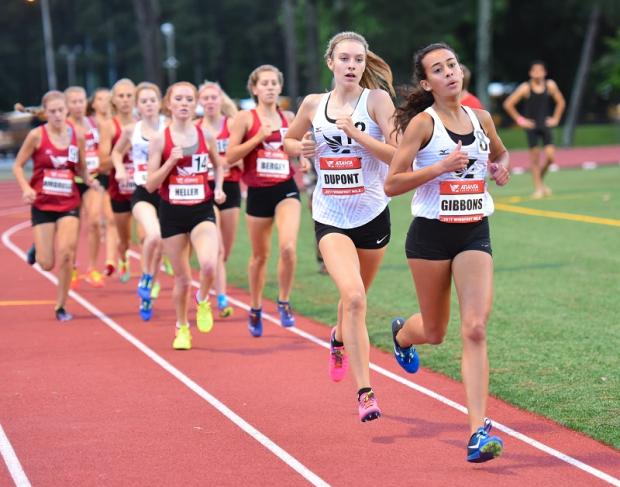 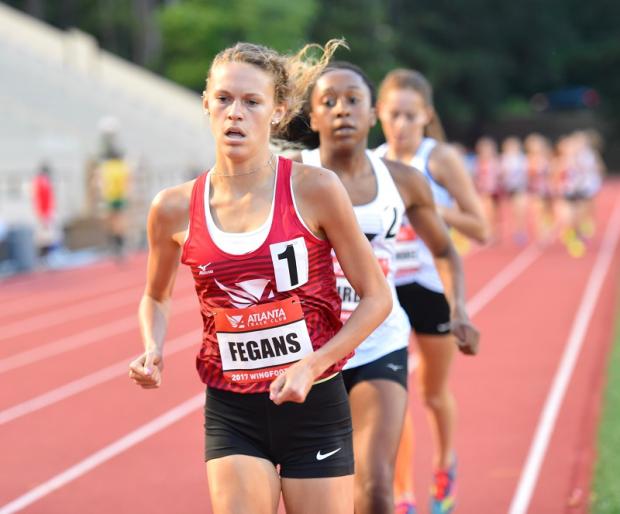 Nicole Fegans proved her mettle all year long, and the Wingfoot Mile was no different, as in her final HS race, she adds one last victory clocking a 4:57.94. Watch out next year for Naima Turbes of Westminster (behind her) as she is an exceptional talent.. 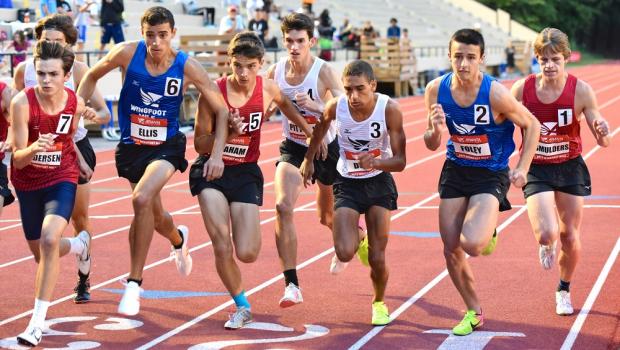 These young men mean business, as they jostle and elbow their way for the holeshot in the HS Boys Wingfoot Mile 1600 meter title. 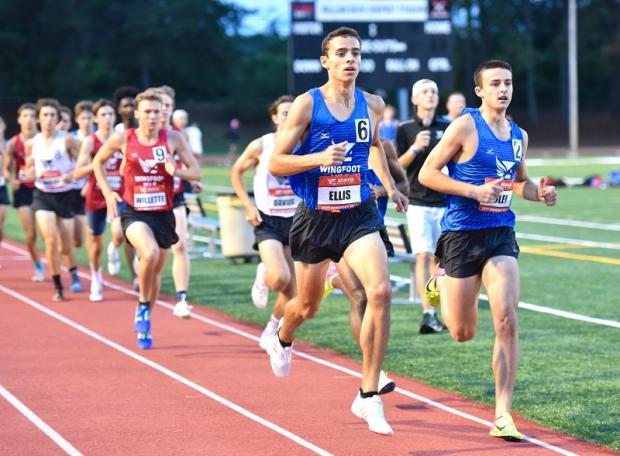 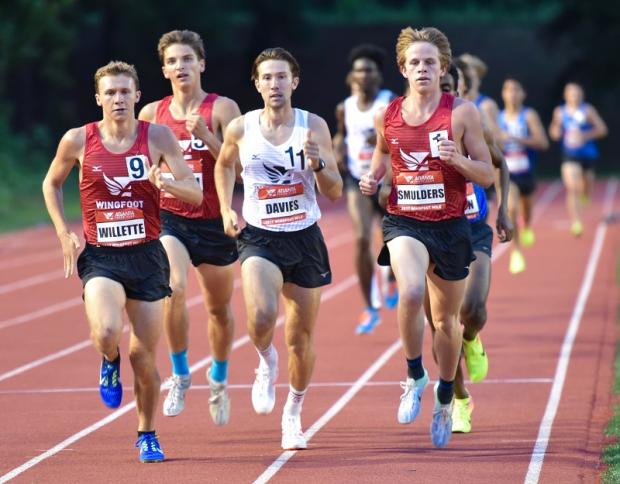 That's a scary chase pack to have behind you, including (L-R) Dax Willette, Ben Davies and Everett Smulders 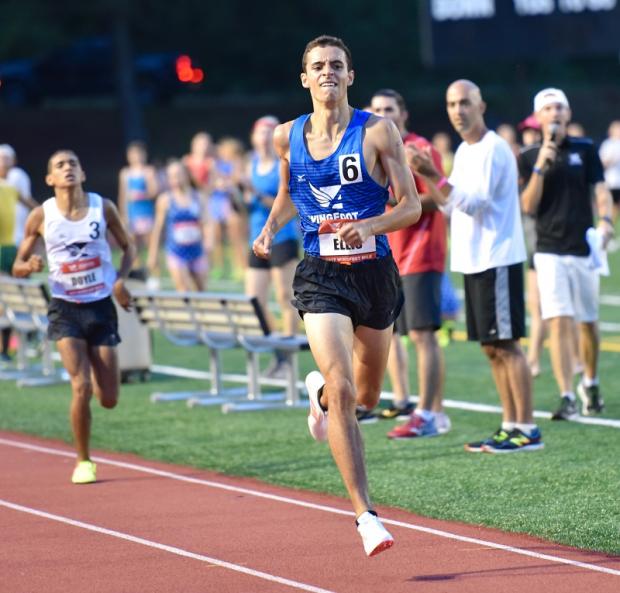 Sam "THE MAN' Ellis wanted it more, getting some payback from Saturday's 800m race at Georgia Meet of Champions, going out in style as Wingfoot HS Mile Champion posting a fine 4:16.11 Good luck at Princeton!