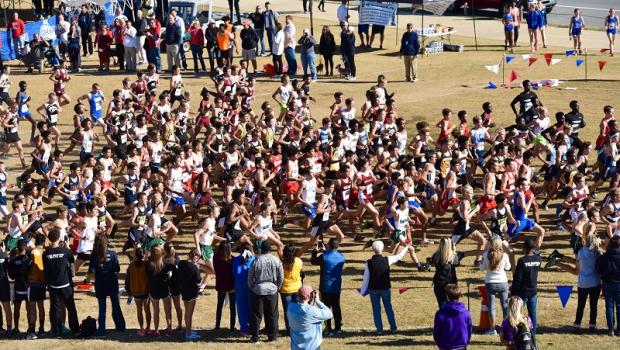 Its been a long time (2000 in AAAA) since Alexander has won a State XC title, and this race was theirs to lose after how well they've ran in October. The Cougars made sure that was not happening, as they placed 2 runners on the All State squad, including Overall Champion Braeden Collins, who won by 100m clocking a 16:16. Koi Williams had a sweet race as well placing 5th at 16:48, while Tyler Whorton (13th) and Austin Muse (15th) pretty much clinched the title for Alexander. 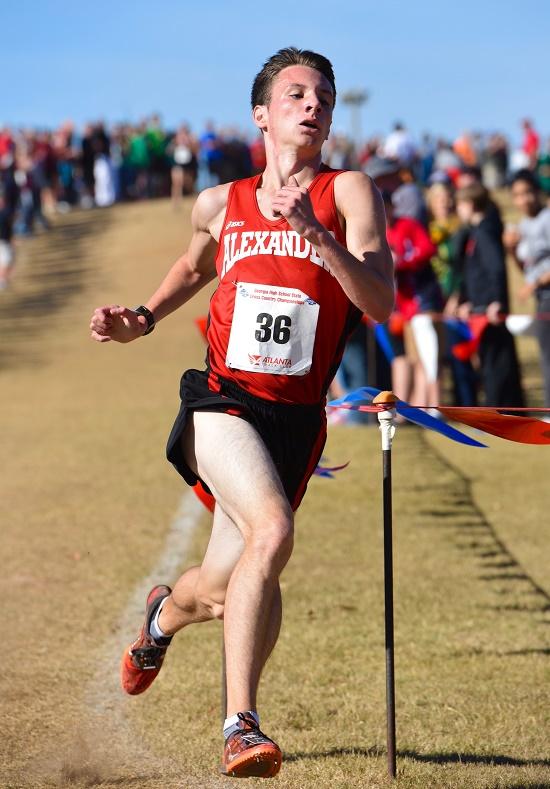 MileSplit Ga asked Coach Robinson about his boys and their race, and he responded, "Braeden ran the race exactly the way we planned. He wanted the lead at mile 2 and dropped the hammer going down the hill and just kept pulling away. Koi Williams ran incredible. He just runs tough every race and he loves Carrollton... Tyler ran a little off, but still ran a Carrollton PR. Austin ran tough, even though he'd been affected by sinuses all week. Warren Taylor our 5th guy was in about 75th place at 800, but kept moving up to finish 27th. Our 6th and 7th runners ran their Carrollton best. Mekhi Williams and Nick Albanese. This group is a special group. A coaches dream. I could not have dreamed up a team this coachable and fun to be around." 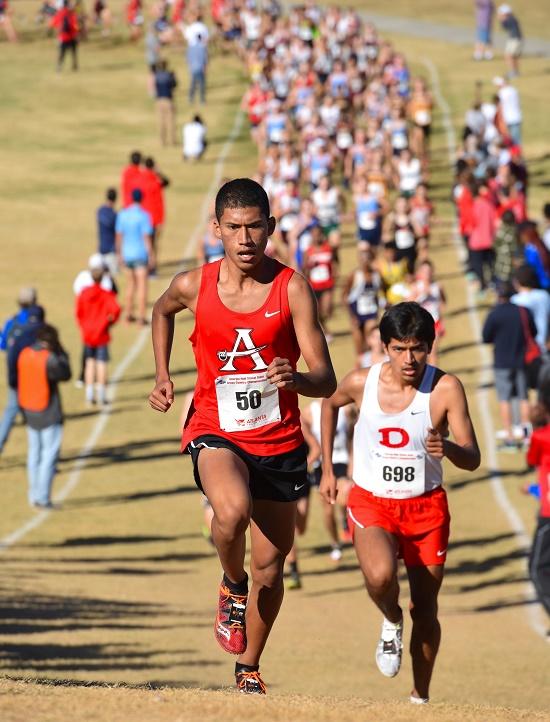 Adrian Hernandez from Allatoona placed 3rd at 16:44. behind him is Adan Rodriguez from Dalton. 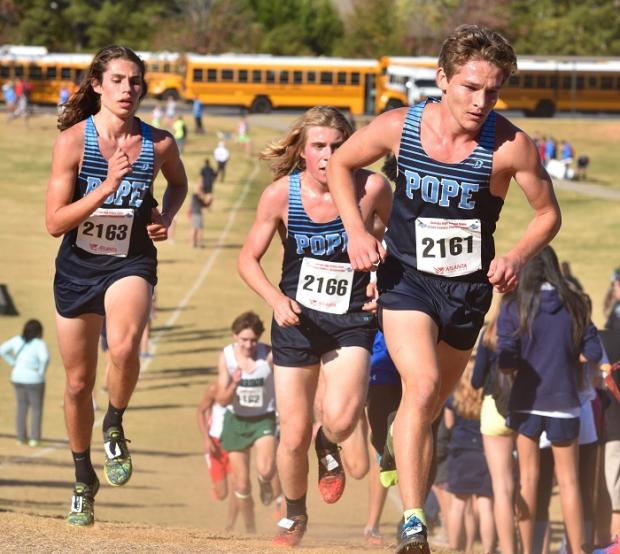 A Pope pack resulted in a runnerup team finish.

Pope had been ranked #2 nearly all season, and that's exactly how they ended a very successful Fall. The fastest hound Saturday was Pieter du Toit, who earned All State honors with a 10th place finish of 17:09. The Cambridge Bears ran well enough to improve upon their Post-Region ranking, rising to 3rd on the Podium. Zachary Morgan enjoyed those Carrollton hills as he ran to 8th overall posting a 16:59. Richmond Hill however, was a big surprise, as the Augusta area school handled Carrollton better than expected earning perhaps the first Boys Podium finish in school history. Jacob Hedgepeth's 11th place finish of 17:09 led the way. 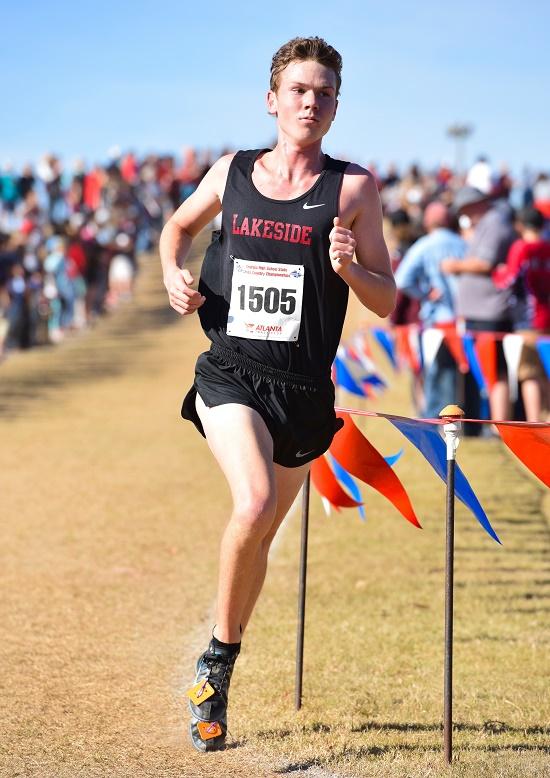 Lakeside Evans finished 5th behind their top 3 guys who all made the top 10, led by Allen Clark's individual runnerup finish of 16:30, Joe Way was 4th at 16:48 and mark White 7th at 16:59. Dalton was 7 points back at 6th behind Adan Rodriguez's 6th place effort of 16:56. Also making the All State squad were: Adrian Hernandez from Allatoona placing 3rd at 16:44 and Jackson Pearce from North Atlanta taking 7th overall in 16:58.