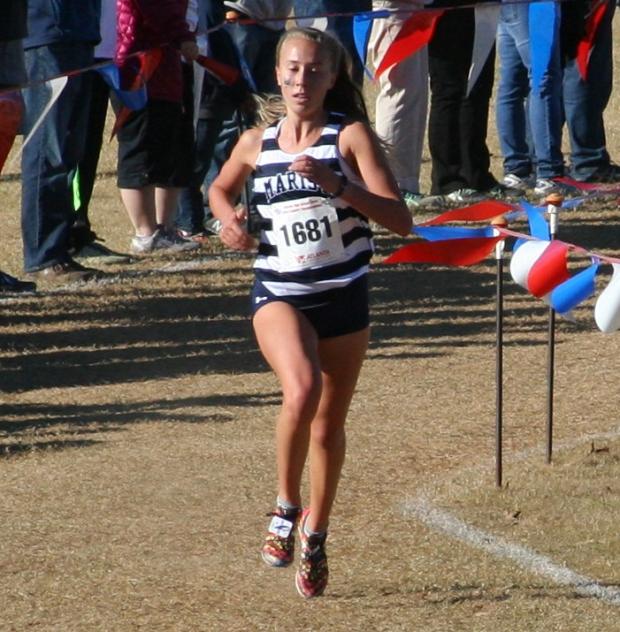 Josie Wirtz pulled away after Mile 1, heading towards the finish

Marist has dominated AAAA for many years now and no changing of the guard was happening Saturday, as the War Eagles destroyed a strong field by 76 points. Their top 6 finished within the first 17 positions, which included 3 All Staters. Josie Wirtz bided her time, taking over in the 2nd Mile and never looked back, winning the Overall title in 19:17. Kathleen Maley had a great race for Marist, taking 3rd place in 19:49, while Kendall Nelson crossed 5th going 19:53. 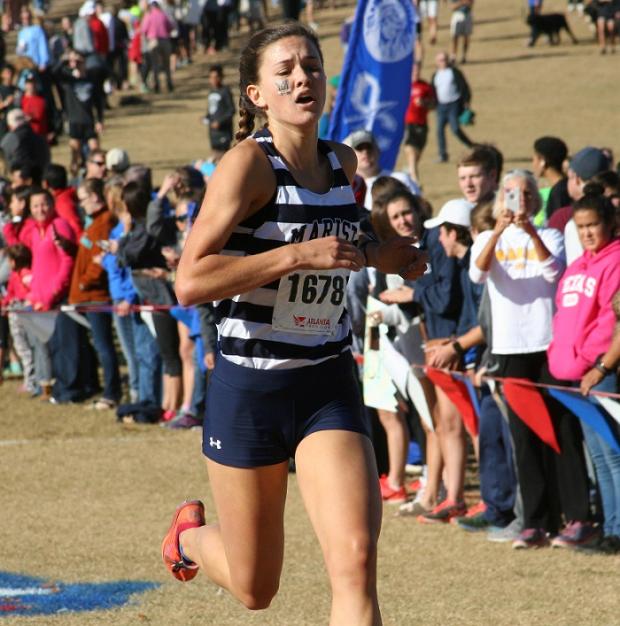 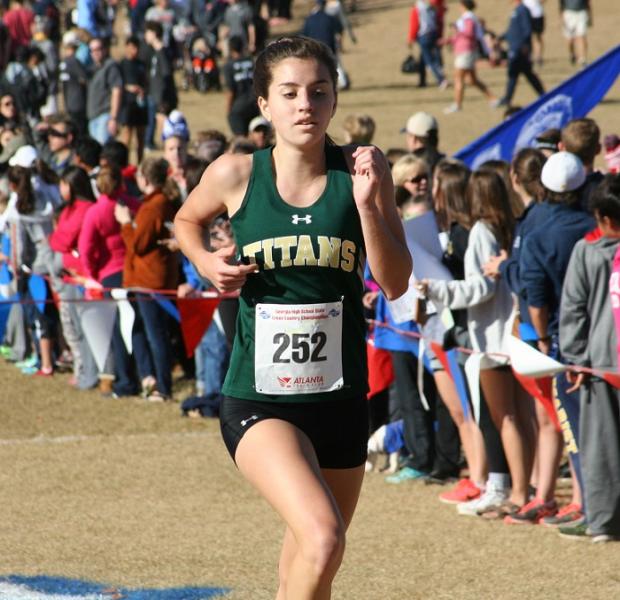 Now, it as a great battle for the 2nd thru 4th Podium spots, as 32 points separated 5 squads. Blessed Trinity was the first to ascend the stairs, scoring 112 points. Emma Rose Bagwell was top Titan placing 9th in 20:13, with Maddie Heller 20m back taking 10th overall at 19:17. 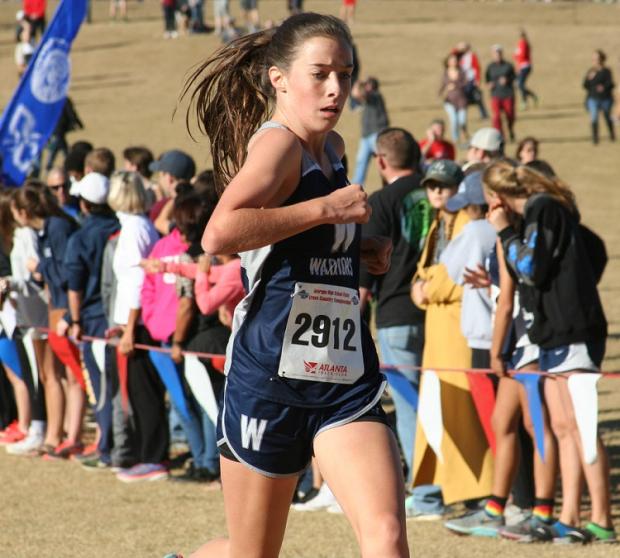 White County had a fantastic race, as the Warriors broke up a Catholic school triumphviarte dispatching St. Pius X by a solo point. Soph, Jaelen Alexander was their top runner finding her way onto the All State squad taking 7th overall in 20:02. But, the key was their 2-5 runners having a split of :48, led by sisters? Rachel and Ellie Gearing at 21:13/21:14 respectively. St. Pius X did get a measure of payback though on North Oconee who bested them at 8-AAAA, securing the final Podium spot by 12 points over the Titans. A pair of freshman led the Lions, including Tyler Feild (14th-20:29) and Morgan Vaden (15th-20:21) 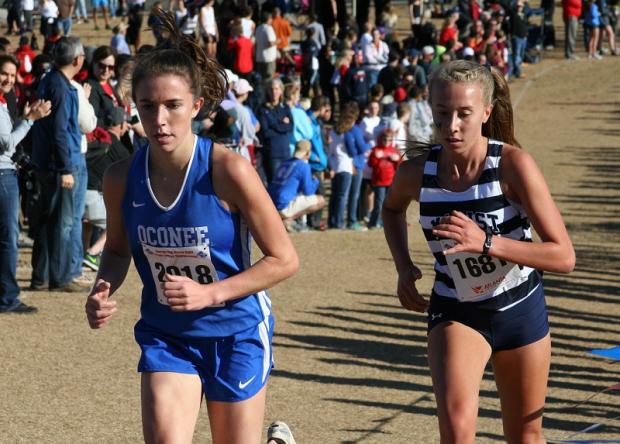 Making the All State team not mentioned above were a pair of OC Warriors including: Nicole Pachuta, who led thru Mile 1, as she hung tough earning overall runnerup honors clocking a 19:41 and a surprising Caroline McArthur, who took 4th place at 19:52.  Lindsay Grater of Chestatee finished 6th going 20:01 and Woodward freshman Brooklyn Carr raced to 8th overall in 20:11. 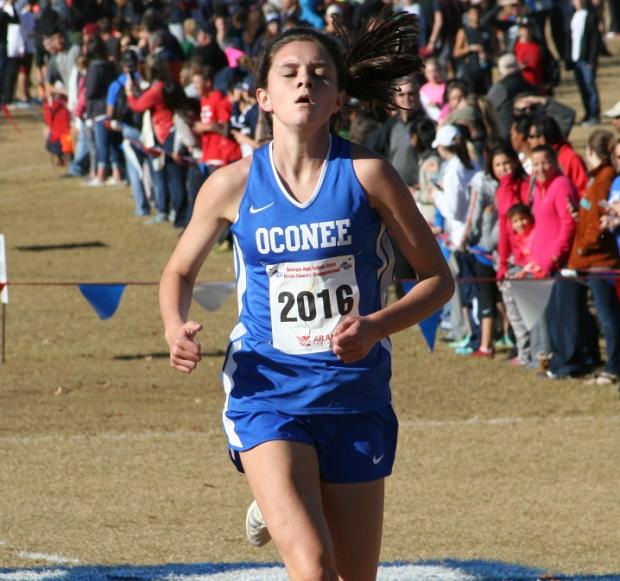 Caroline McArthur from Oconee had a strong race.