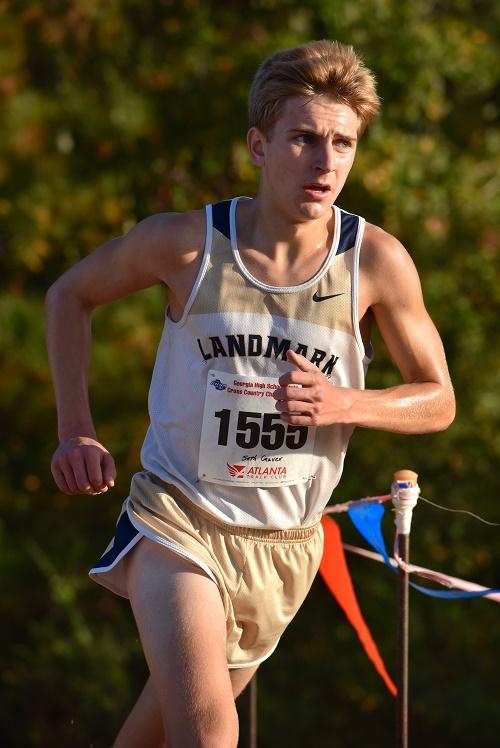 Landmark's boys came and took care of business much like they did last Fall, easily winning the A Private team title by 68 points. Their dominace was evident in their top 5 placed in the top 16 positions. It was a gift that Kermit Jackson and Seth Cruver seemed content to run for points back in 2nd and 3rd...until they discovered Ben Davies of Holy Innocents was having problems on 'Separation Slope'. The duo passed him enroute to sweeping the top 2 places for the Eagles, with Cruver taking the win finishing strong in 17:14, while Jackson struggled to finish, collasped across the finish line after walking the last few meters. Also making All State was Kameron Jackson taking 6th overall in 17:57. 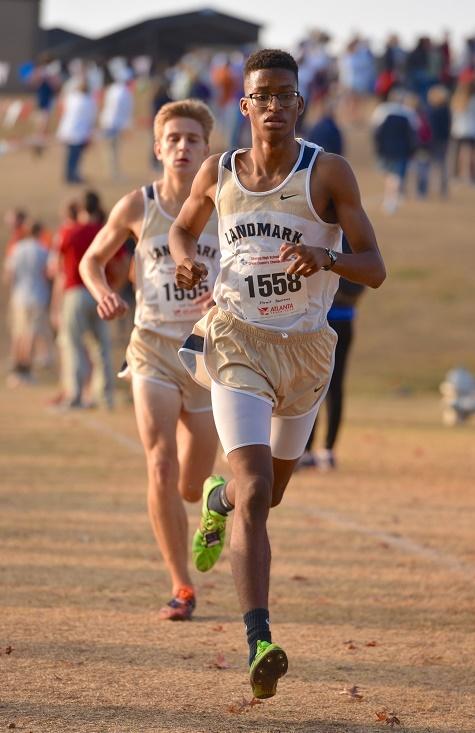 Hebron Christian once again was a strong 2nd behind Landmark Christian. The Lions were led this Friday by the All State performances of Brandon Potra, who was 4th overall in 17:56 and frosh Blake Fugel who took 9th in 18:04. Whitefield was a bit of a surprise having a great 3rd place outcome. Nicholas Harris was the top harrier for them, placing 13th at 18:23. Providence Christian came thru in 4th place after a heartbreak at Region 8. Top runner for the Storm was Luke Hudson taking 16th overall. Darlington placed 5th in the team standings followed by Athens Academy. 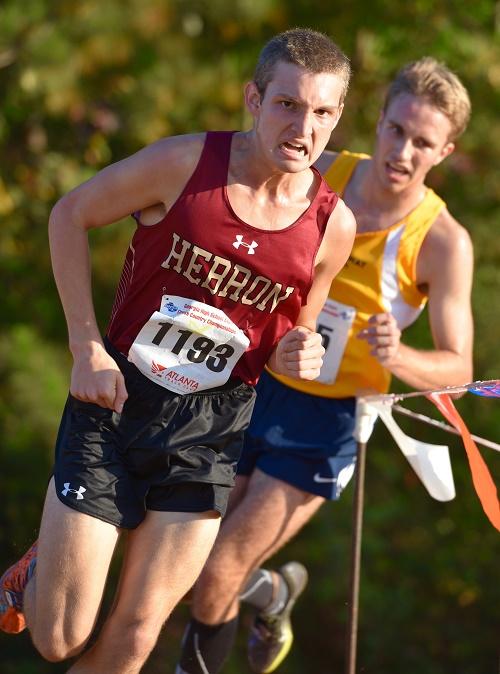 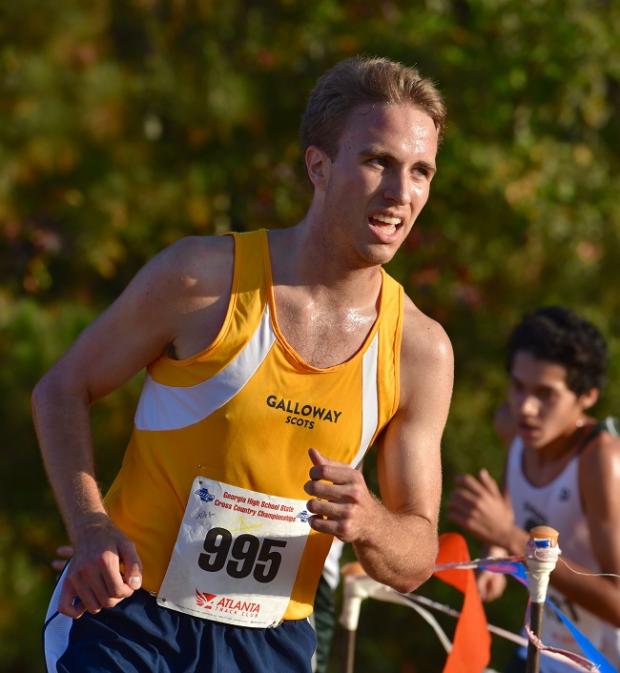 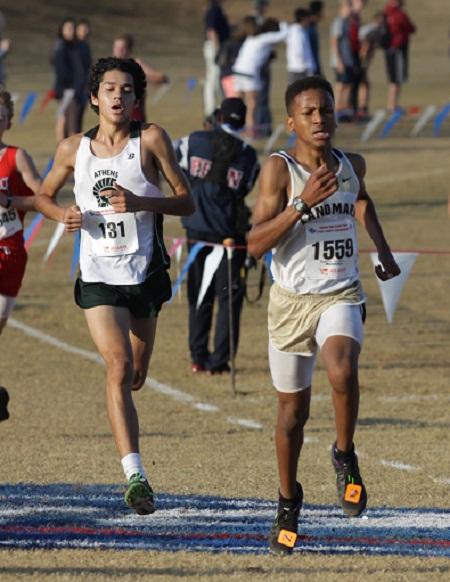 Kameron Jackson improved greatly this fall and was 6th place. 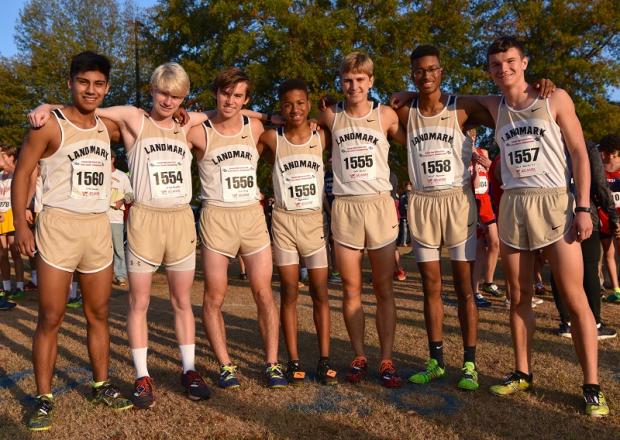 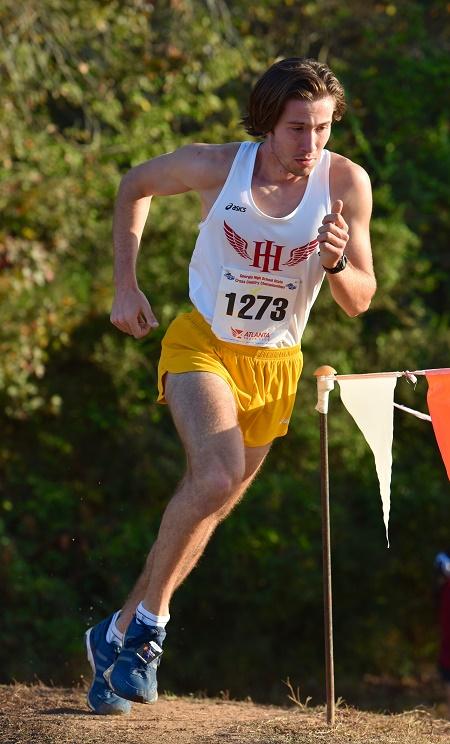 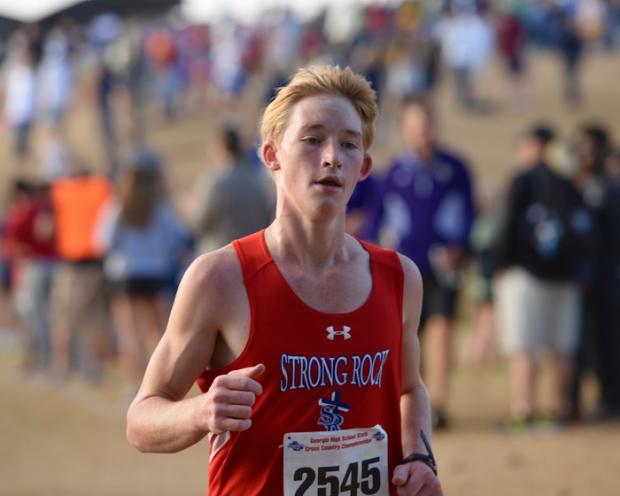