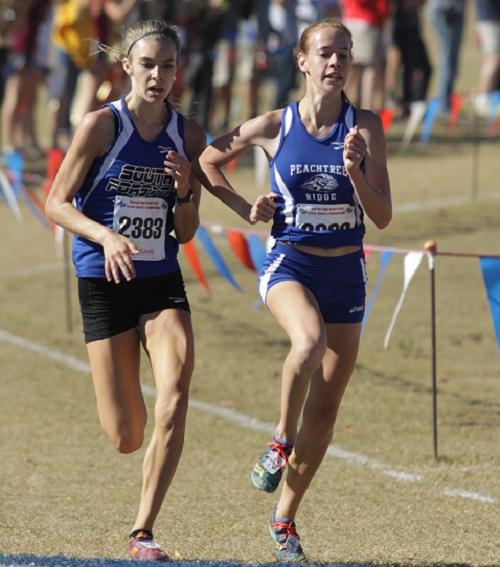 Forsyth County had a great day as South won the team title and West's Liz Galarza was Individual titleist. It may have been close this season every time South and Milton went head to head, but not this Friday, as the Eagles placed 3 gals on the All State squad enroute to 74 points and a 56 point margin of victory. Kaylee Dupont led the way like she has all season, just taking Overall runnerup honors clocking a 19:17. Milicent Bergey ran to 9th overall going 19:57 and freshman Caroline Patterson placed 10th in 19:59. Also, with a big 15th place finish was Aleesa de Castro in 20:25. 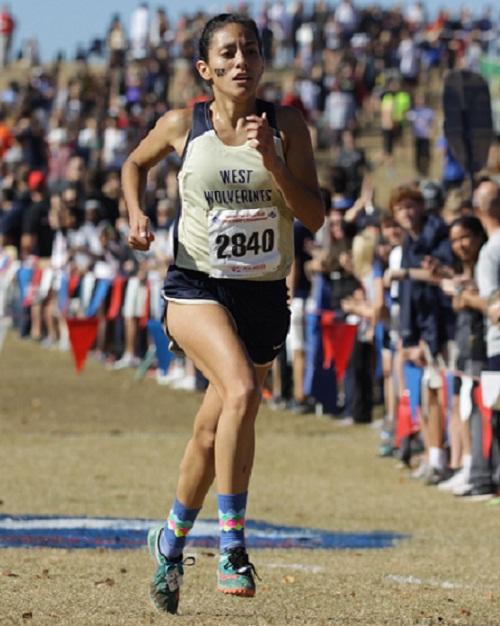 Liz Galarza won West Forsyth is the Overall Champion
How many times has Liz Galarza of West Forsyth been a bridesmaid this season and last? It was not to be on this day, as Galarza held pace the entire race and cruised it in, winning the AAAAAAA Overall title posting a 18:58. She must have been feeling great, as after the Mile marker she took the lead, and was smiling  as she approached 'Separation Slope', and took one last look behind her, before finishing the last 400m. 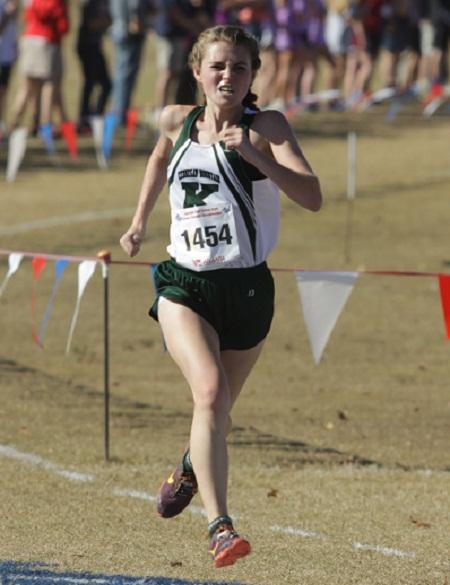 Elizabeth Rice of Kennesaw Mountain placed 4th Overall.
It was very close race for the last 3 Team Podium spots as 4 squads were separated by 40 points. Brookwood, ran just a bit better, and took 2nd as a team with a 15 point margin over Walton. Elizabeth Saliba has established herself as the Broncos #1 late season, earning All-State status with a 5th place effort of 19:41. Walton had a great race placing 3rd, returning to the Podium. Abigail Robertson led the Raiders attack going 13th at 20:19 and Allison Mitchell was 16th in 20:25. Milton seemed to be in contention early, but may have had one of their top runners fall back during the race as the Eagles took the final Podium spot. Marie Repasy had a nice race placing 6th in 19:49, while frosh Faith Bobak had a nice first GHSA State race taking 11th at 20:02. 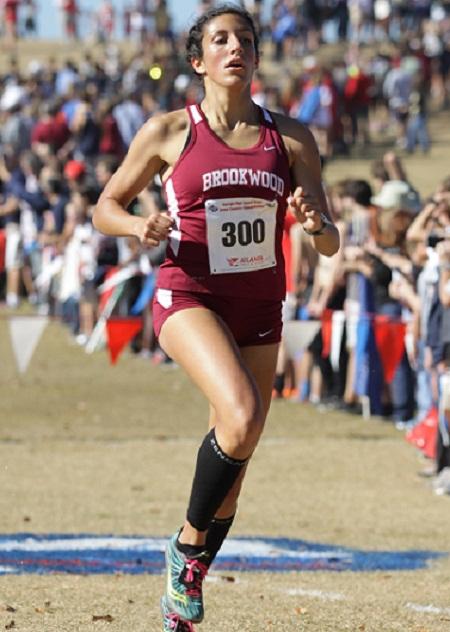 Elizabeth Saliba led Brookwood to a 2nd place team finish.
Rounding out the All State squad, not mentioned above were: Kathryn Knott of Peachtree Ridge taking 3rd overall at 19:17. Fourth place was Elizabeth Rice from Kennesaw Mountain at 19:29, Camryn Petit of Mill Creek 7th at 19:41 and Brynne Sumner from Woodstock 8th at 19:57.
COMPLETE COVERAGE
RESULTS
RACE VIDEO
PHOTO GALLERY