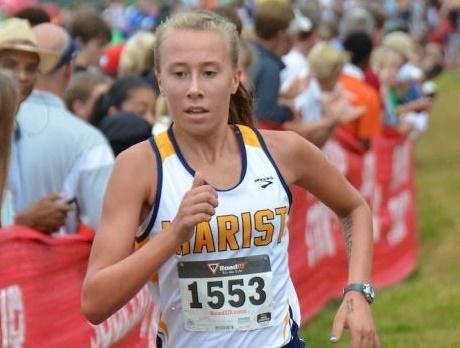 Marist looks untouchable at the top of AAAA girls, throwing down a 19:07 team average at Unicoi for a region 7AAAA title.  After Marist, it gets very deep and talented and depending on how you do course adjustments, #2 through #7 could finish in any order.  North Oconee edged St Pius by a single point for the 8AAAA title on a course that traditionally runs slower than 7AAAA at Unicoi, where Blessed Trinity beat White County by 2 points.  Those 4 teams are close, along with Woodward, who swept 4AAAA with a 15 pt team score and 21:17 avg, and Oconee, who was only 8 pts back from North Oconee and Pius at 8AAAA.  The 4A girls podium will be very difficult to ascend. 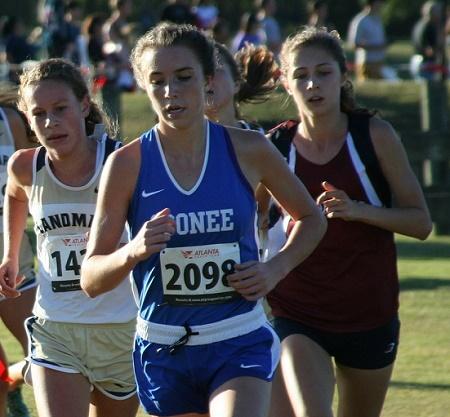 Individually, Marist Junior Josie Wirtz is the favorite, coming in with a few runs in the 18:30s this season and looking as strong as ever.  Oconee's Nicole Pachuta has a legitimate shot at playing spoiler here and will have a chance later in the race to make things interesting.  Maggie Dyer of Jefferson is also in the conversation, as well as Josie's Marist teammates Kendall Nelson and Kathleen Maley, Lindsey Grater of Chestatee, Morgan Vaden of St Pius, Maddie Heller of Blessed Trinity, and Jaelen Alexander of White County.  The top 10 individual podium is crowded for sure. 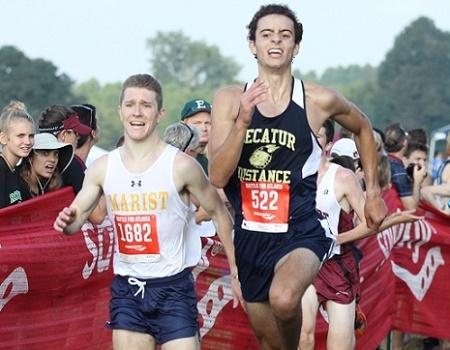 The 4A boys race looks to be a private school party.  Can someone bust up the 3 private schools up top?  Marist comes in as a slight favorite, but St Pius and Blessed Trinity are both lethal and capable of pulling off a state title here.  Marist threw down at Warpath, putting a 5th runner across in 16:12, but then St. Pius ran better at All American.  Blessed Trinity won in impressive fashion at Wingfoot, which was not a speedy course, and they come in fresh and maybe a bit sneaky after resting a few at region.  This should leave one podium shot available for Oconee, Chestatee, Jefferson, and North Oconee.  Who will grab that 4th trophy and can one of them split up the power 3? 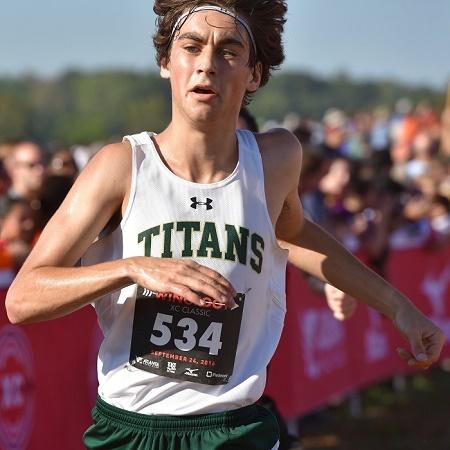 Individually in 4A, Ben McCoy of Blessed Trinity is the favorite, running 15:48 at previously mentioned Wingfoot and 16:12 at Coach Wood.  Quinn Burden of Marist has a great shot at taking him down, with 3 sub 16 performances this year and a 16:06 at Great American.  He'll lead a Marist pack of Leif Anderson, David Reteneller, Knox Pittman, and William O'Rielly, going up against Blessed Trinity's Brennan O'Connor and Ben Simonsen.  St Pius pack leaders Frank Crippen, Jacob Ressler, Daniel Grosch, and Rowan Wiley will all race for a shot at a podium spot, along with individual standouts Brennan Silliman of Woodward, Ivan Martin of Chestatee, Wilson Moore of Chapel Hill, Sean Parker of Pickens, Alex Salgado of Columbus, and Wesley John of Oconee.  That's 18 guys so you do the math, not everybody can make the top 10 podium.  There are some more guys in that top 25 or so that have gone low 16s this season.  4A boys is absolutely loaded.