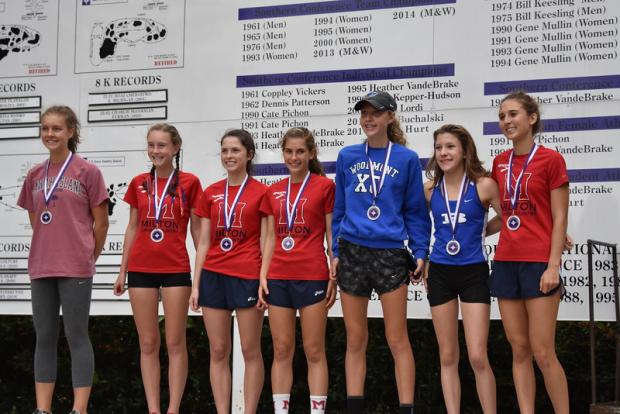 The 44th edition of the meet did not disappoint I terms of good racing but the threat of Hurricane Matthew did keep some teams from being able to attend.  Strong wire-to-wire individual race wins in all 4 races and one team's 3-time sweep of the team titles highlighted the racing on this iconic course. 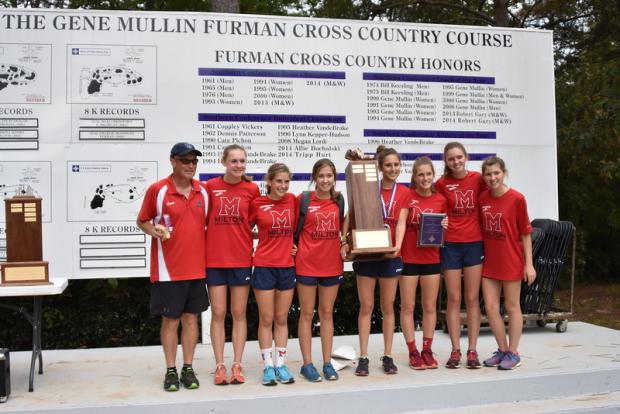 A clash between Georgia's #1 ranked All-Class girls team in Milton (1st-42 pts) and North Carolina's top-ranked small private school Carolina Day School (2nd-52 pts) proved to be the story of this race as the teams battled it out with front runners from both teams matching each other through the race.  The Lady Eagles prevailed with a strong group of four finishers in the top-10 and all seven scorers in the top-20.  Brevard (3rd-148 pts) followed on the podium.  Freshman Olivia Sutter (1st-19:33) of Carolina Day controlled the race and ended up pulling away late for the race win.  Brevard's Eliza Witherspoon (2nd-19:41) kept it close but the battle between Milton's Marie Repasy (3rd-19:47) and Brevard's Ava Findlay (4th-19:47) wasn't settled until the last step! Woodmont's Emma DeRoberts (4th-19:56) held off a fast charging Abby Rindt (5th-19:57) of Milton to conclude the sub-20 minute finishers. 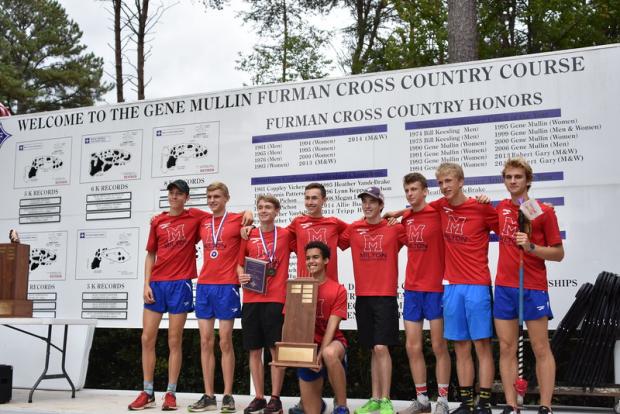 The Eagles of Milton (1st-62) pts proved way too strong in capturing their 3rd straight team title.  Fellow Georgia team of Lakeside-Evans (2nd-113 pts) kept it close through the top-3 finishers on both teams but Milton (ranked 4th All-Class) then put all seven of it's scorers in front of Lakeside's fourth runner to close the door on the team title.  Archer (3rd-128 pts) made it a clean sweep for Georgia-based schools on the podium.  Allen Clark (1st-15:59) of Lakeside-Evans took the race out and led the entire distance and was only challenged a little at the end as Sam Bowers (2nd-16:02) of Milton made a late-charge to put him as close as he would ever get.  A stirring race between Colt Griffith (3rd-16:28) of Woodmont, Ford McCoy (4th-16:29) of St Joseph's & Michael Malkowski (5th-16:30) of Milton came right down to the finish chute to determine those finishing spots. 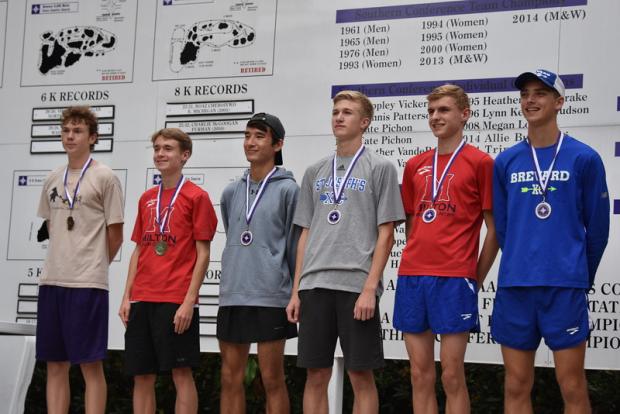 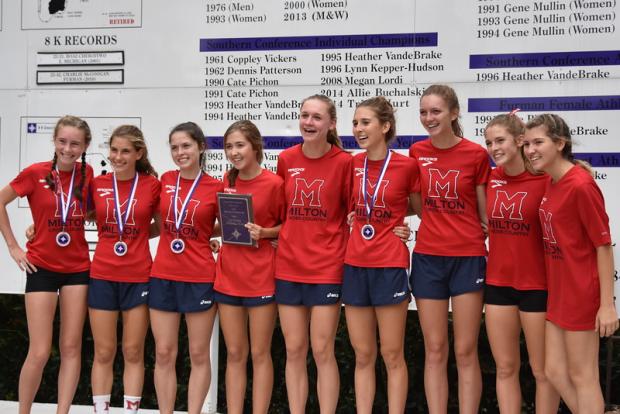 A team battle insued early as Milton (1st-33 pts) & Riverside (2nd-45 pts) each had four runners in the top-10. As the race progressed the Lady Eagles of Milton were able to out-place the Riverside runners and with a much stronger fifth runner Milton was able to prevail in a much smaller team race due to the teams unable to attend due to the hurricane.  Kaitlyn Rowe (1st-21:44) of Oakbrook Prep literally ran-away from the field as her win was by more than 35 seconds!  The battle for 2nd was close throughout but a hard charging effort by Milton's Capri Ligon (2nd-22:19) surprised both Kelly Scott (3rd-22:22) of Milton and Natalie Williams (4th-22:24) of Riverside very late in the race as both Scott & Williams were trading spots the entire race. Ligon was as far back as 15th place near the first mile!

The last and largest race of the day saw a two-team battle evaporate right away as Milton (1st-25 pts) ended up placing 8 runners in the top-10 to counter Riverside (2nd-55 pts) top-2 runners going 1-2 in the race to easily secure the team win.  Harper Harris (1st-18-flat) took the lead at the gun and was never seriously challenged as his teammate Marlin Young (2nd-18:09) followed. A string of Milton Eagle finishers followed in the next 8 spots led by the thrilling final sprint by Jake Vernon (3rd-18:15). Milton ended up with only a 36-second spread of their first 8 finishers. 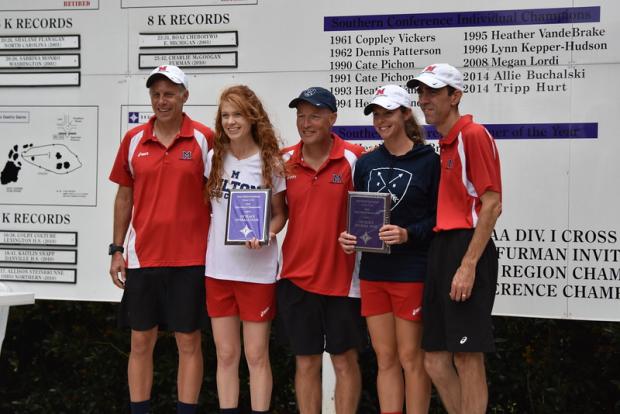