East Jackson's Chase Kennedy put on a show Saturday at Lamar Murphy Park in Jefferson, as he ran amok to a US #1 14:57. Kennedy put the hammer down early, winning the race by over 1:20 over his twin bro Chandler (who ran sick) placing 2nd at 16:17. Word is Chase has been working on his strength and speed which was very evident watching him run. As a team, East Jackson has thrown down the gauntlet in AAA early after decimating the field with an average time of 16:33. Shane Shelafoe was also great turning in a pr of 16:23, with Etheridge Chaisson providing depth at 17:23 and Jose Tovar 17:53. 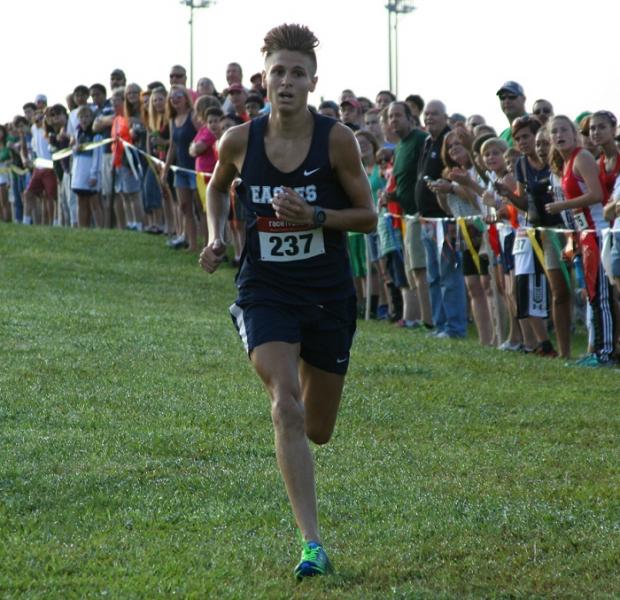 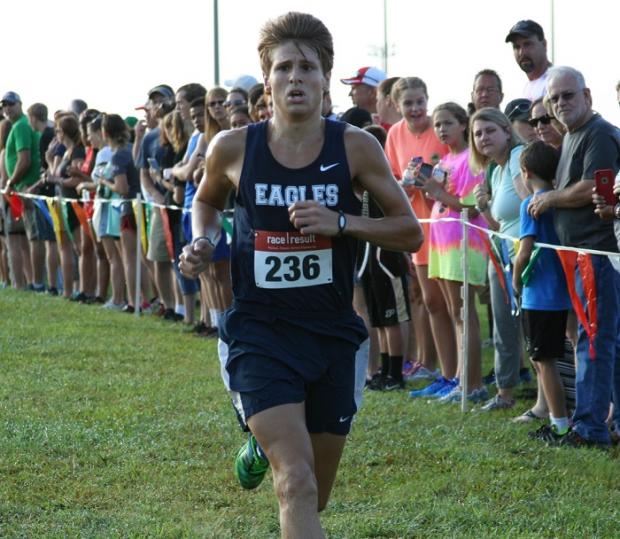 Chandler Kennedy was in his usual spot right behind brother Chase in 16:17

It was a nice battle for the next few team spots as only 11 points separated 4 squads. AAAAAAA North Gwinnett was runnerup with 85 points, followed by Dacula, North Hall, and a surprising Banks County squad (who may have given ol' Bleckley County a wakeup call... 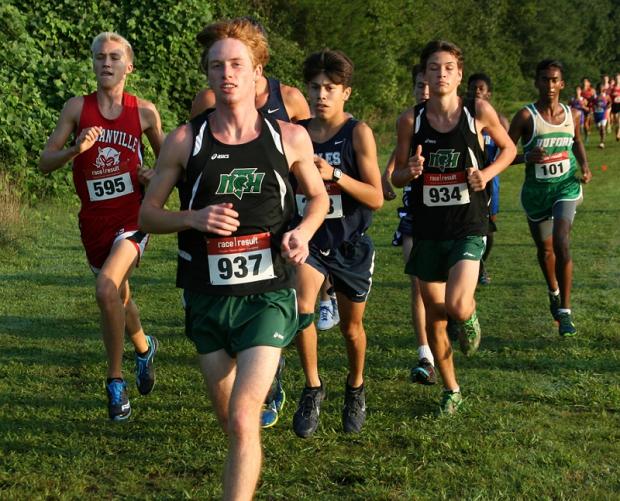 Tommy Johnston of North Hall leads a chase pack on loop 2. He placed 3rd overall at 16:21 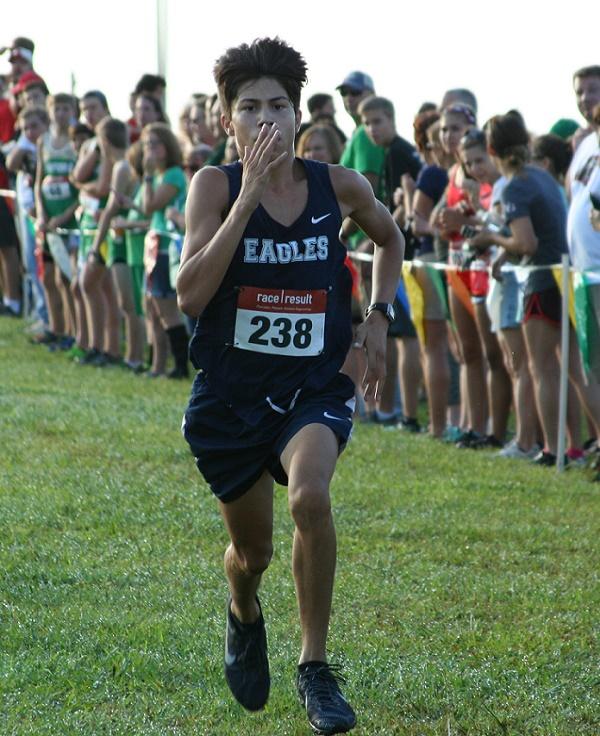 Soph. Shane Shelafoe gives East another frontrunner this Fall with a 4th place effort of 16:23

Kenedi Rodney and Skylar English from Dacula ran in tandem much of the race, until Rodney pulled away for the individual win in 19:17. English hung around though, earning runnerup honors in 19:23, helping the Falcons to a 2nd place team finish. North Gwinnett ran very well as a pack from 2-7, overcoming Dacula's 1-2 punch to win the Girls team trophy. Top runner for North was Lindsey Fowler, who was a strong 3rd overall at 19:39. AAA ranked North Hall placed 3rd teamwise behind Mattie Bohanan's 4th place outing of 20:27. Loganville Frosh Miranda Johnson had a strong GHSA premiere taking 5th place in 20:30. 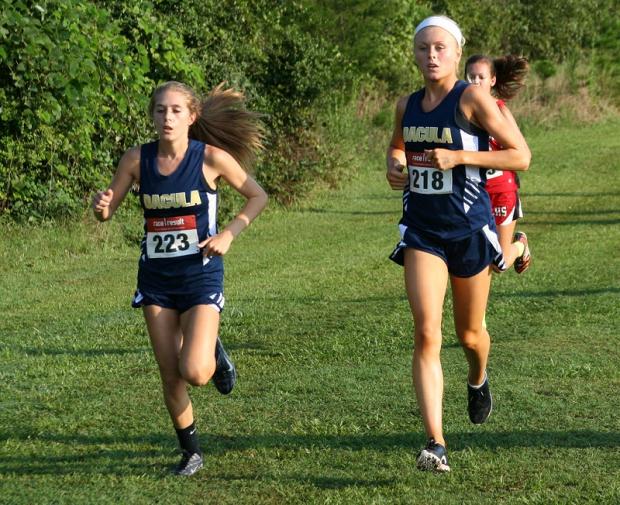 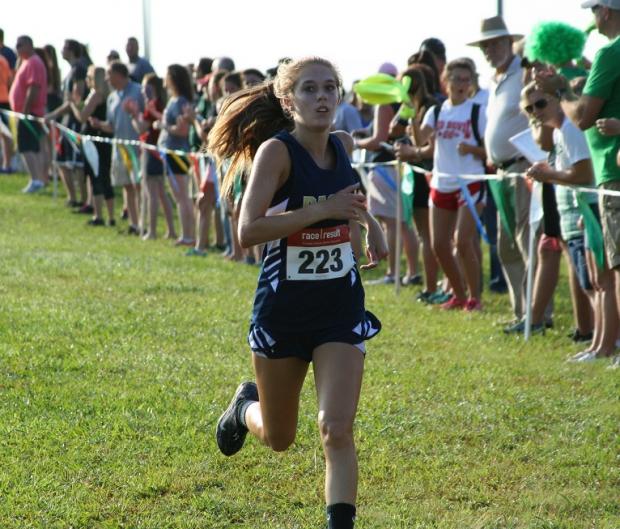 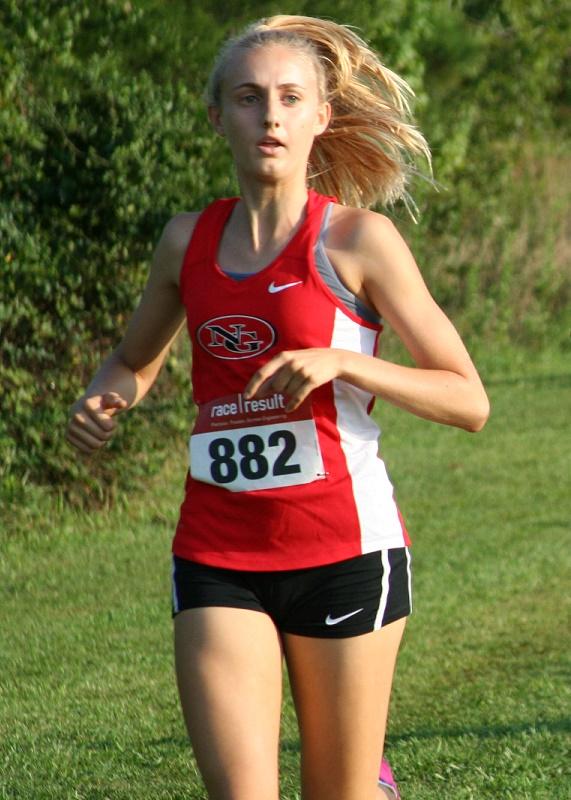 Lindsey Fowler of North Gwinnett led the Bulldogs to the Girls team title. 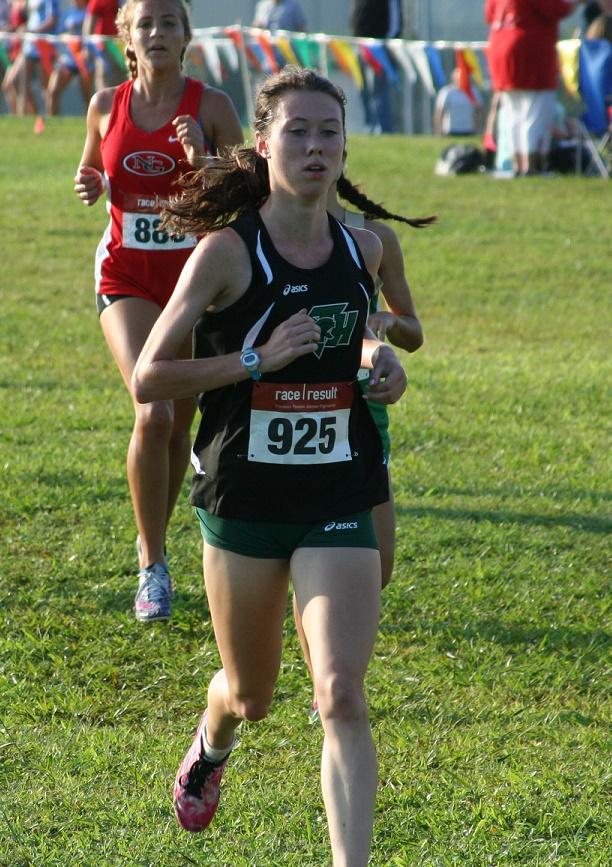 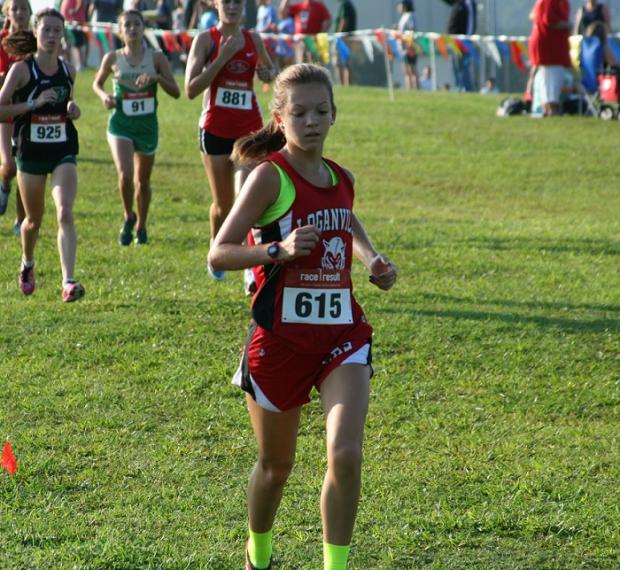 Miranda Johnson from Loganville is another frosh to keep an eye on after her 5th place finish.

East Jackson's Jewelee Love (7th grader) did not mess around, running away from the field early enroute to the MS Girls individual crown in 11:35 XC newcomer, Lissett Miranda had a great debut earning 2nd overall at 12:25.  However, Summerour Middle School took the team title by 9 points over East Jackson led by a pair of 7th graders including Jalin Delcid (3rd-12:31) and Jennifer Price (4th-12:43) 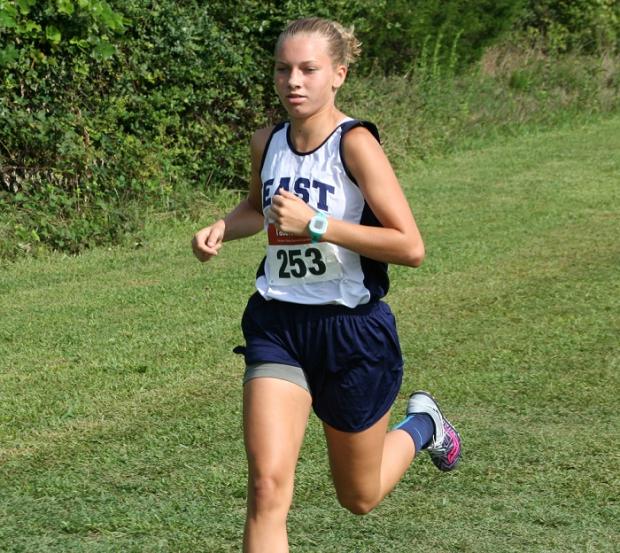 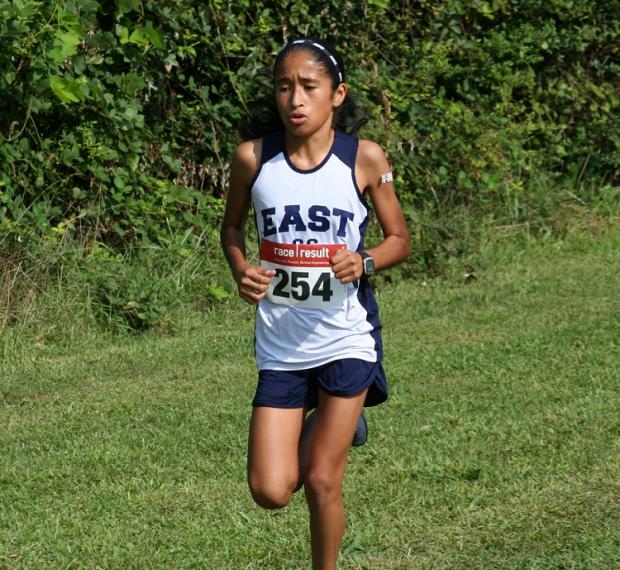 Lissett Miranda of East Jackson had a breakout race placing 2nd in 12:25

It was a wire to wire battle for the individual title in the MS Boys race as Jonathan Greene from Evans MS ran a little faster than RJ Mazurek from Buford MS to win the race in 11:05. Mazurek (7th grader) had a great race taking the runnerup spot a few meters back going 11:18. George Walton Academy had the tighter pack, claiming the 1st place team trophy with 49 points led by Ryan Jani's 4th place run in 11:41. 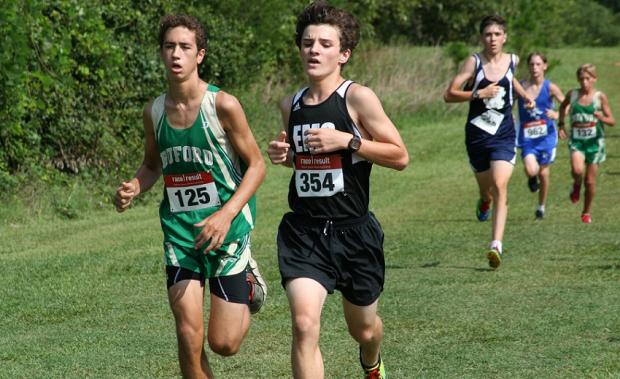 R.j. Mazurek of Buford MS and  Jonathan Greene from Evans MS battled wire to wire in the MS Boys race.