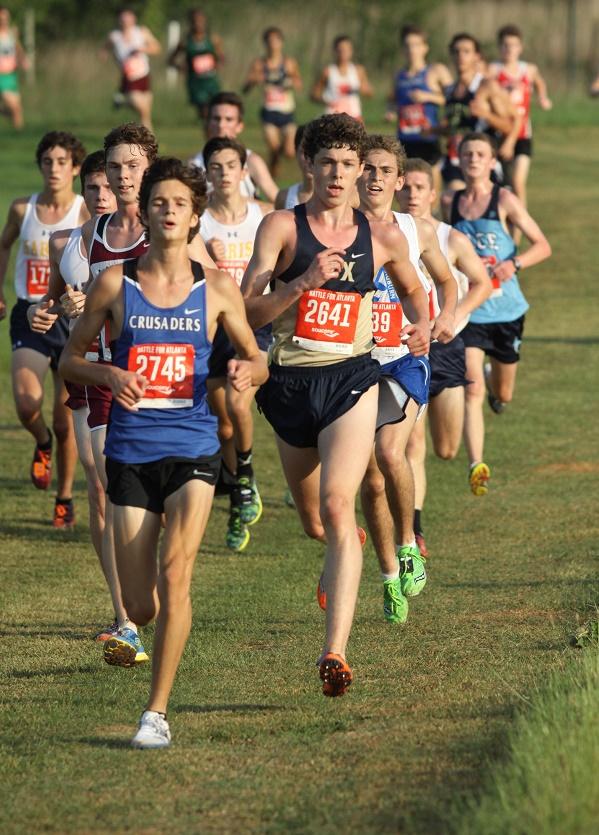 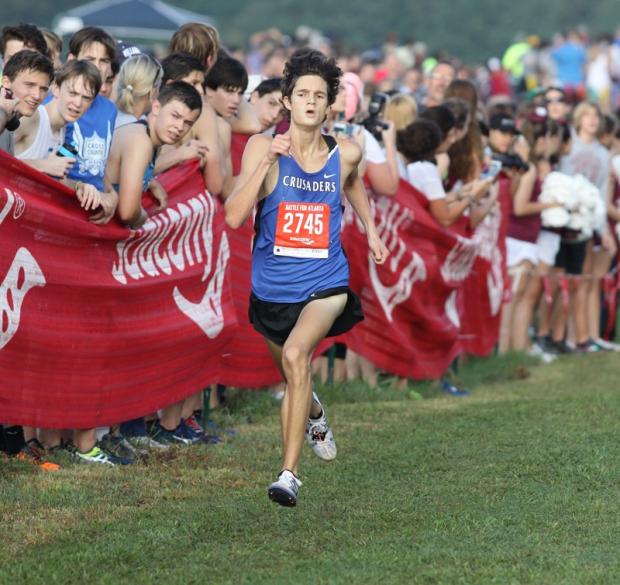 McLeod from Trinity Christian heads to the finish line for the win in 16:03 (photo by Chris D'Aquin)

Its not often a GISA cross country runner mixes it up with the big boys of the GHSA. Restrictions were eased last Fall when GHSA began to allow inter-association competition in all sports excluding Football, Basketball and Baseball. Now, GISA schools can enjoy a higher level of competition in many large invitationals. Kaleb McLeod from Trinity Christian proved 2 years ago he was up to the challenge by being the top Georgia runner at Foot Locker South. Seems, little bro Jacob is cut from the same cloth as he defeated the giants in the Boys varsity race at the Saucony Battle of Atlanta clocking a 16:03.23. 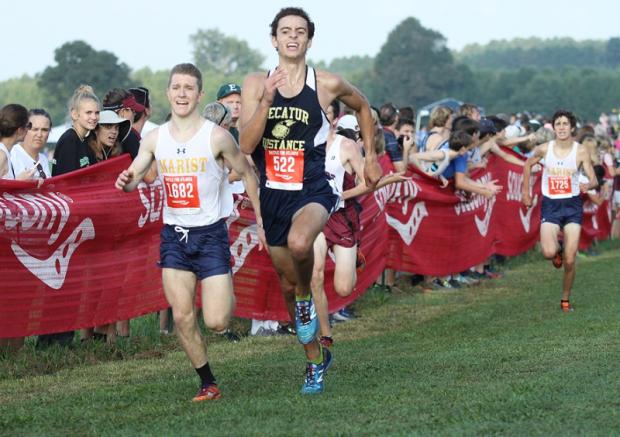 The Marist Boys were triumphant taking the team title scoring 66 points. Leading the War Eagles to victory were Senior Quinn Burden who placed 5th overall in 16:31 and David Reteneller placing 8th a few strides back in 16:33. Pre-season #3 ranked Lambert edged Auburn (AL) by 2 points securing the runnerup honors. Lambert was paced by Tyler Fox who was 7th overall in 16:32. St. Pius X was the 3rd place Georgia squad, with Jacob Ressler posting a 16:29 claiming 4th individually. 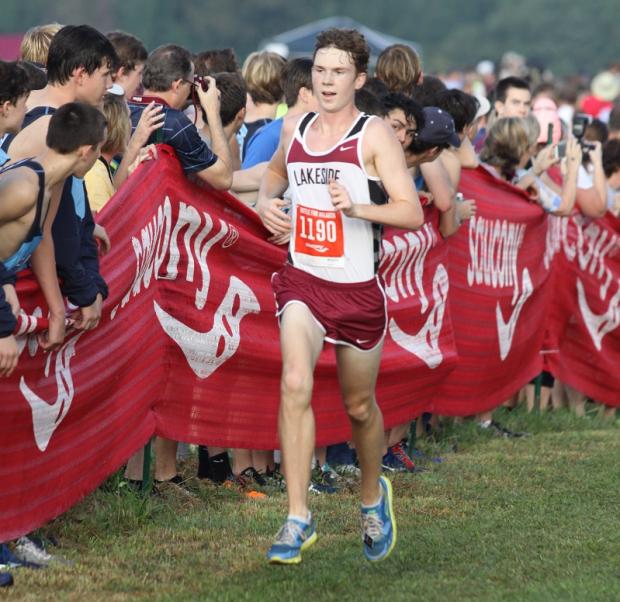 Allen Clark from Lakeside Evans had a great 2nd place showing at 16:09 (photo by Chris D'Aquin) 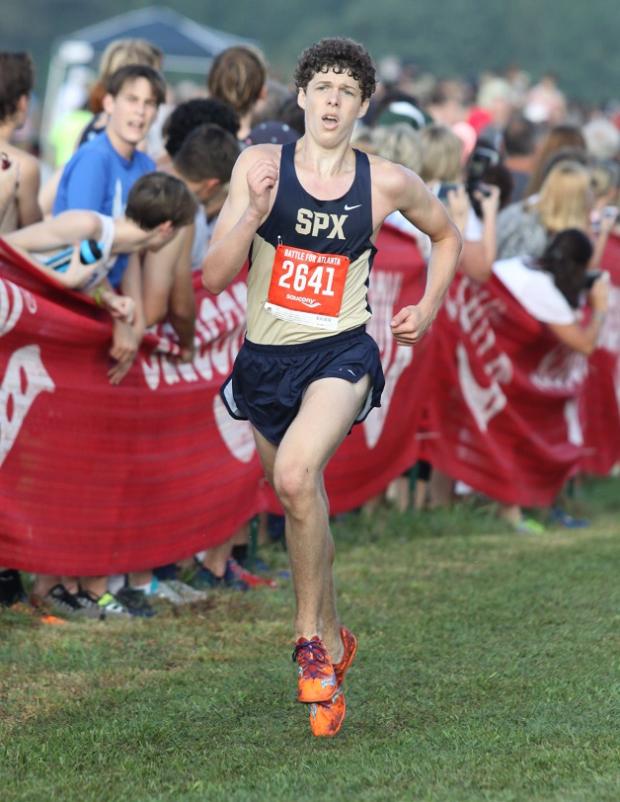 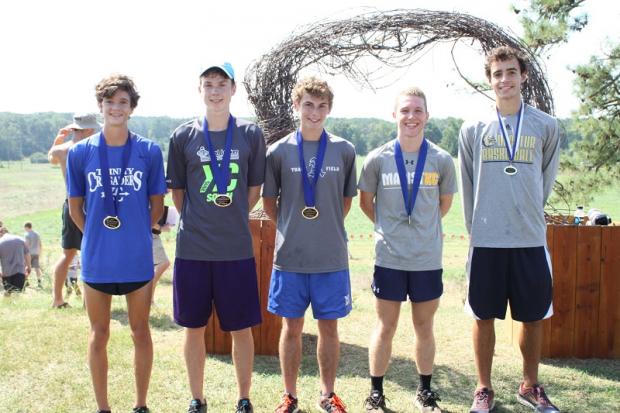 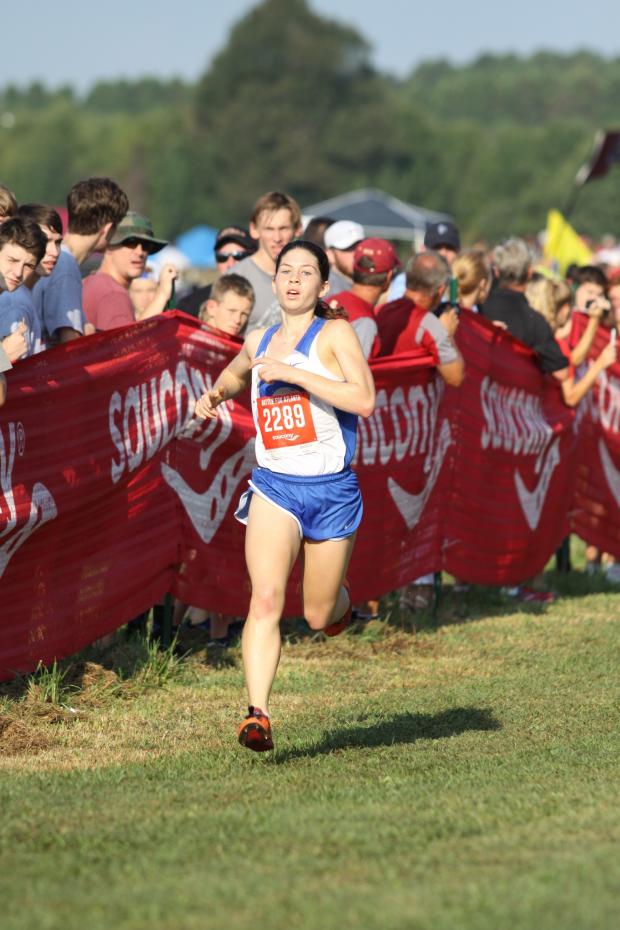 If bets had been laid down on who would win the Varsity Girls race, few would have been able to correctly pick the winner. Sophia West of Paideia had the race of her life Saturday morning, defeating many runners she had been bested by in the past, getting some well deserved payback. West ran a very strategic, smart race, looked stronger and faster than ever winning her first large HS invitational clocking a 19:07. 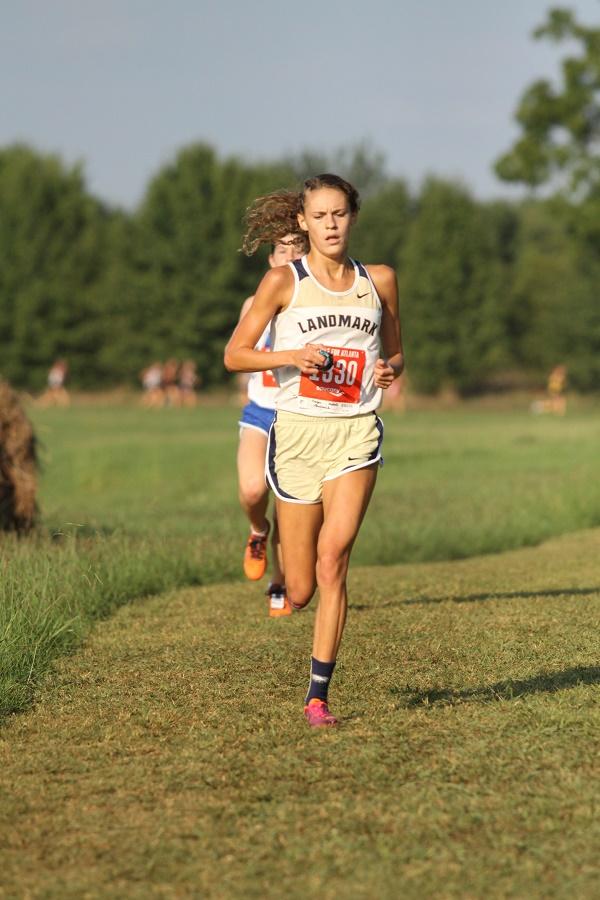 Nicole Fegans churned to 2nd Overall in 19:20, leading her Landmark Christian squad to the team title (photo by Chris D'Aquin) 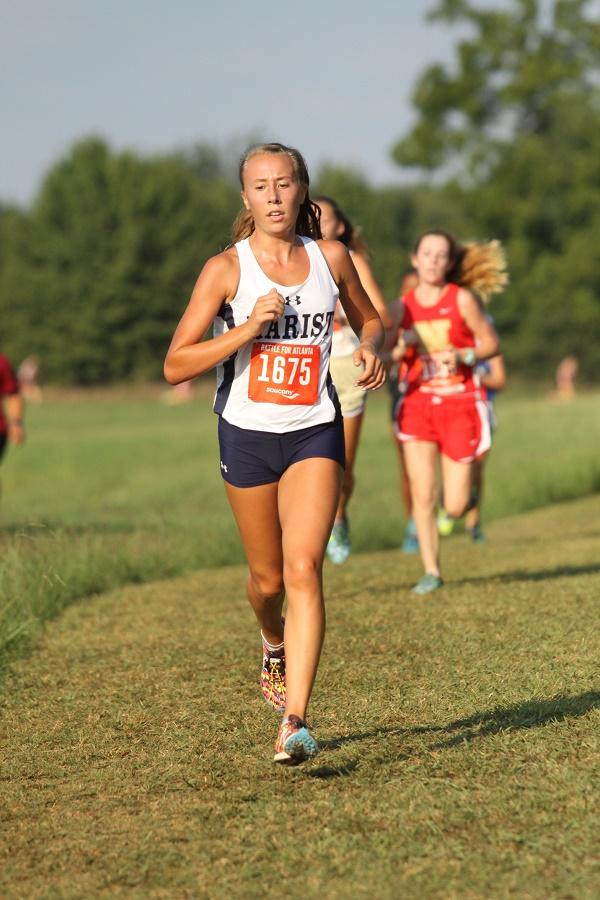 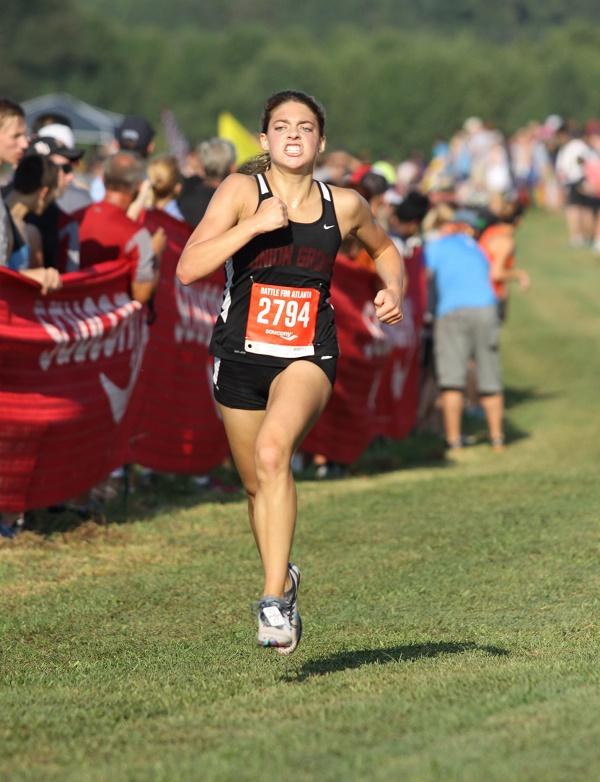 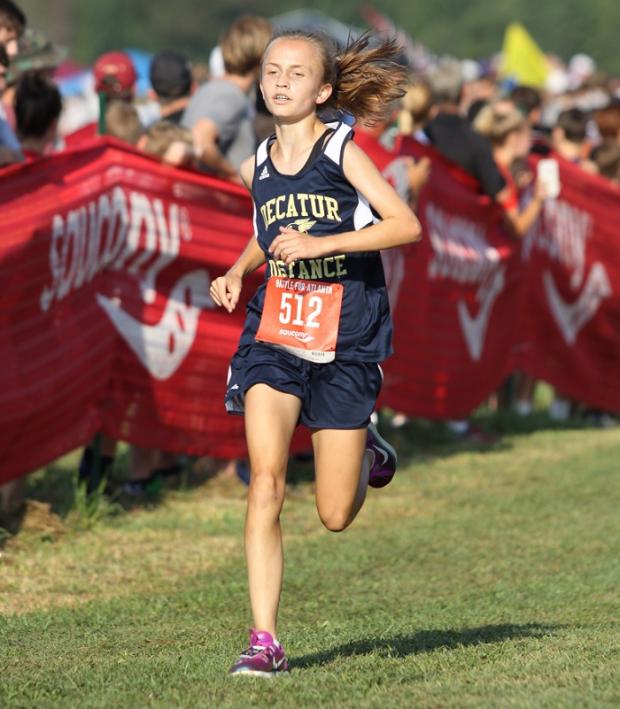 Haley Rose from Decatur may have just earned 'Frosh of the Week' after turning in a 5th place 19:38 (photo by Chris D'Aquin) 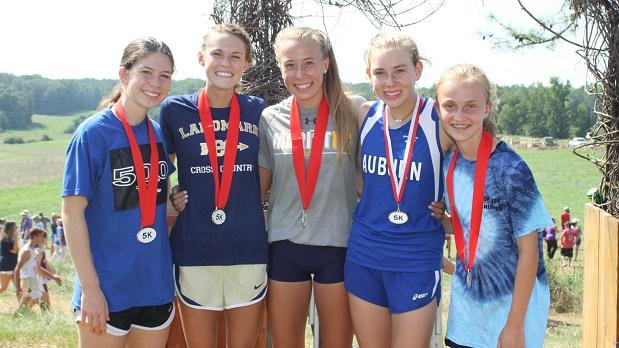 Zack Truitt from Landmark Christian continued his reign of terror in the MS Boys ranks as he shook off a game challenge from Davis Potts of Malcom Bridge, then ran away, defending his title with a sporty time of 10:27. Potts of Malcom Bridge hung tough for 2nd overall at 10:40. Lovett took the team title behind Al Coy's 3rd place finish of 11:06. Dean Rusk Ms took 2nd, with Mount Bethel Christian placing 3rd as a team. 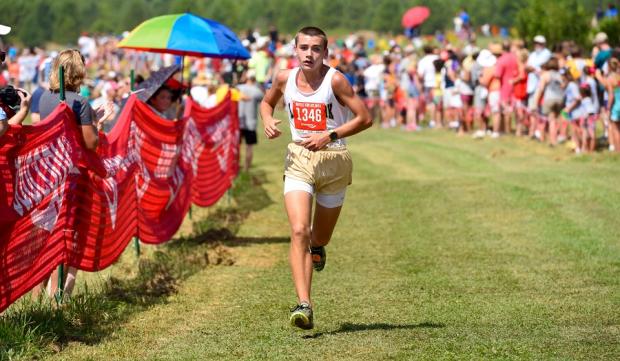 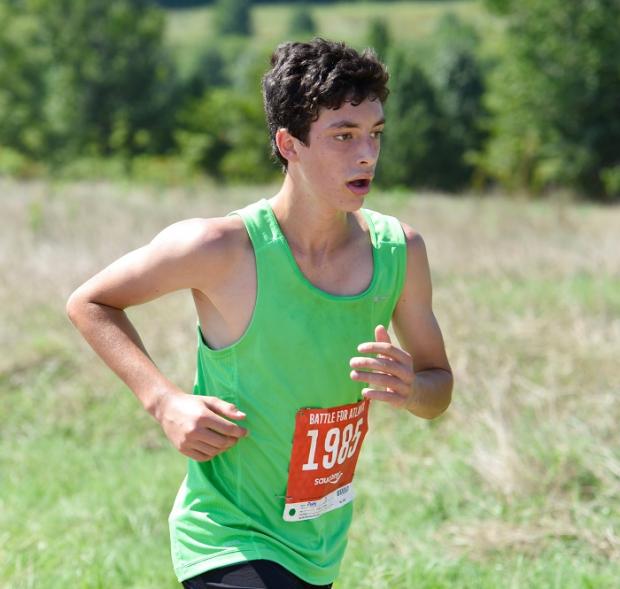 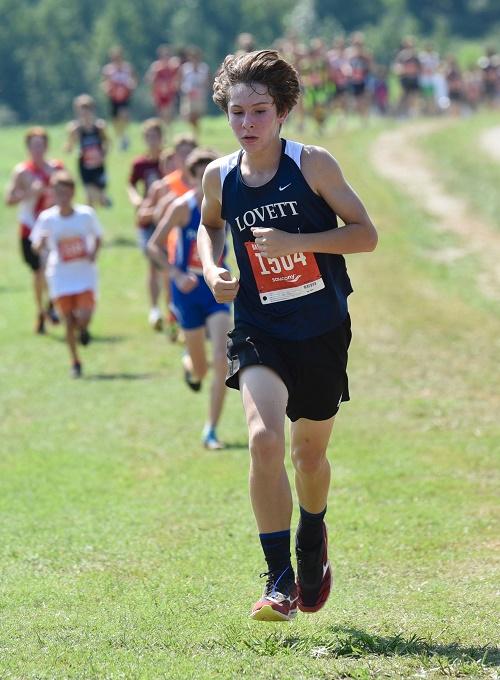 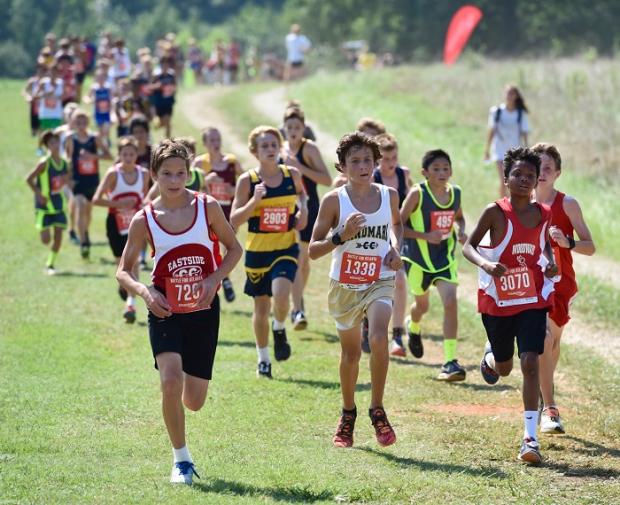 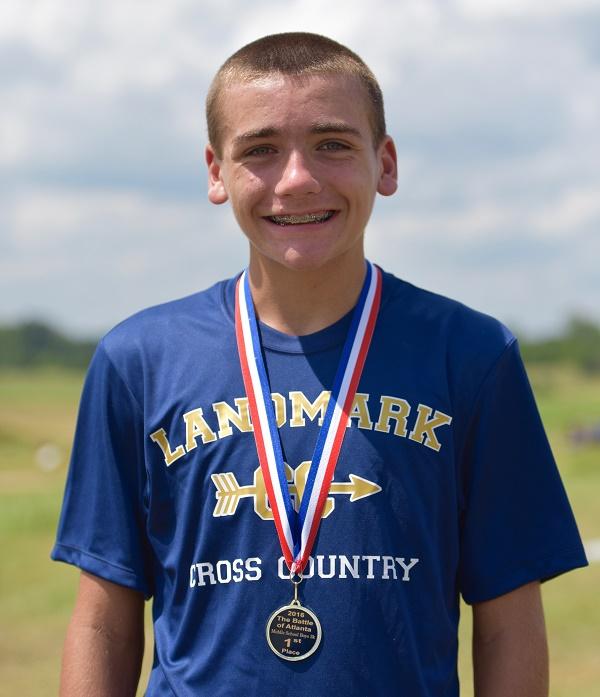 Makena Gates from Creekview had a convincing win in the MS Girls individual race clocking an impressive 11:10. Kelsey Morse of Malcom Bridge MS was runnerup in 11:48, with Kalkidan Hawkins of Union Grove 3rd at 12:16. Hebron Christian had a nice 1-5 split of 1:05 to win the Girls team title. Leading the Lions were Claire McGuirt 6th (12:55) and Brooklyn Fugel 7th (12:58) Holy Innocents took 2nd place behind Hayden Puett (8th) and Madeline Hoch (9th). Dean Rusk MS added another trophy to their collection coming in 3rd as a team. 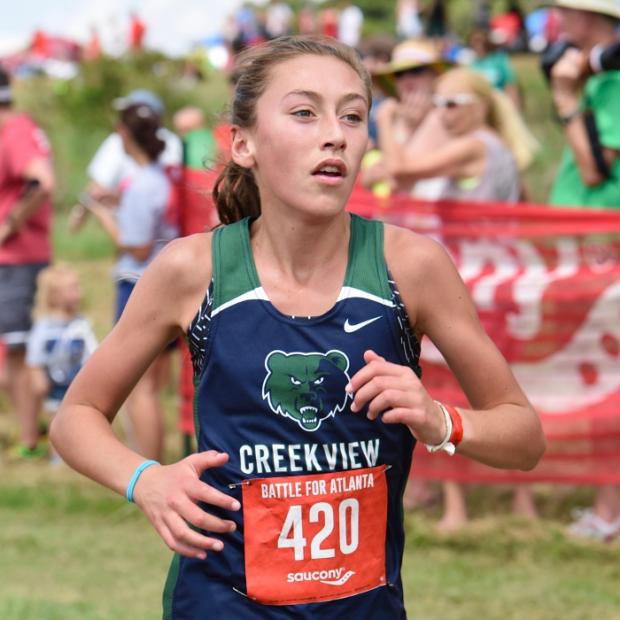 Makena Gates from Creekview ate up the Nash Farms Battlefield Course in 11:10. (photo by Daniel McCauley) 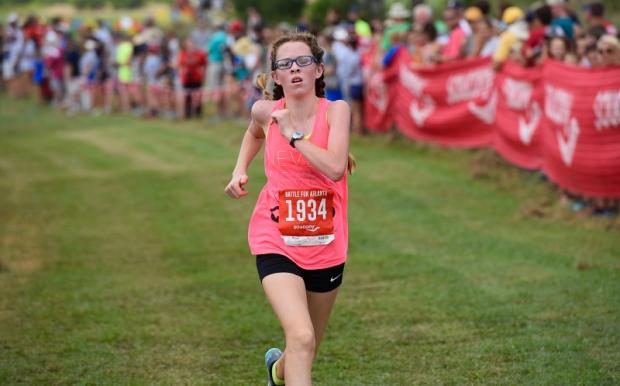 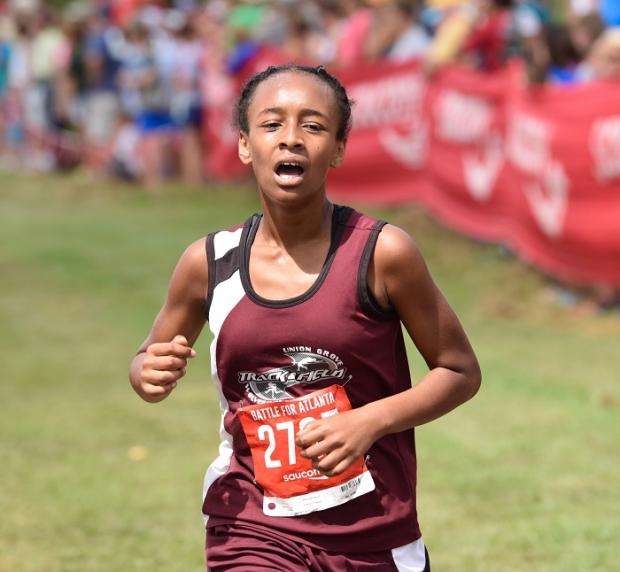 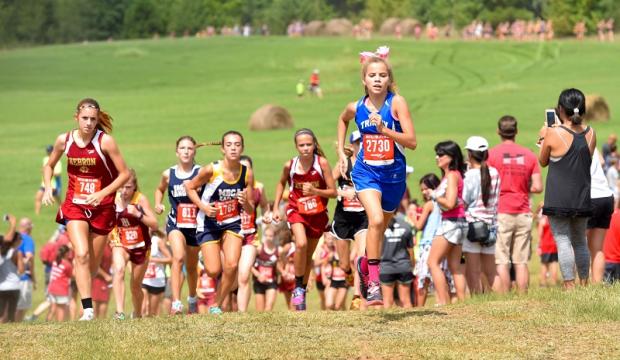 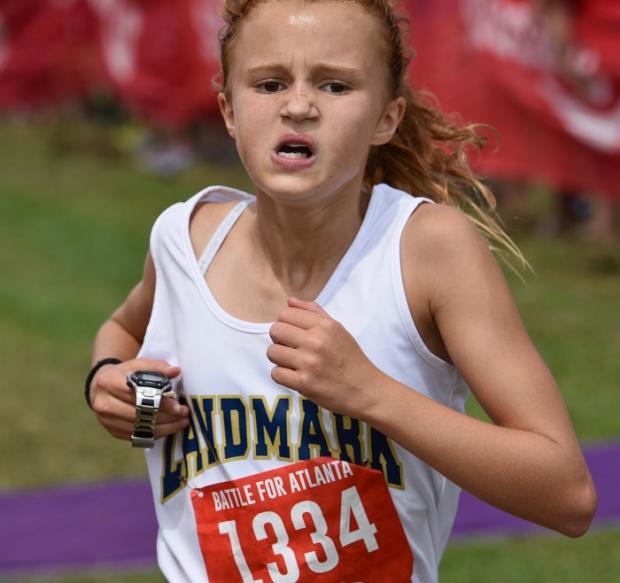