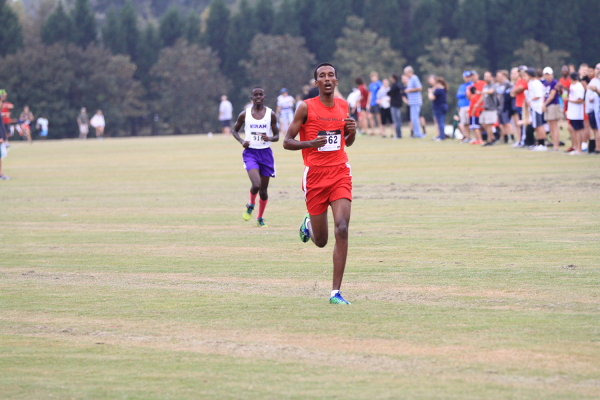 1. Marist- The War Eagles lost #1, #3, and #5 from state champion team last year including big gun Frank Pittman. But, word is Marist had a great Summer of training and broke many records in a recent 2 mile time trial. They also return super soph Leif Andersen and Knox Pittman. Marist is also known for peaking hard the first Saturday of November.

3. St. Pius X- Pius boys returns 6 of 7 from their state runner up team. How the Golden Lions do early season may depend on their Summer base training as they may have not had an Outdoor Track season up to expectations. Look for top returners to be any of a group including: Daniel Grosch, Thomas Pardue, Jacob Ressler or Frank Crippen.

4. North Oconee- The Titans had a disapointing end to their 2015 campaign finishing a spot off the Podium. They also graduated top runners Thomas Moore, Harper Sigler and Cowick. Good news this Fall is seniors Anthony Potts and Austin Joost will offer leadership. Junior Jacob Ash will be counted on alongside sophomores Brady Kalessa and Dawson Frey. David Mustard has joined the team after not running his 9th grade year. Wanya Newton made the top ten last year. Alex Thomas could make an impact as a freshman.

5. Pickens County- The Dragons placed 14th in AAAA last season and hope to better that this Fall and compete for a Podium spot. Sean Parker returns after a sterling runnerup individual finish behind Pittman and may be the man to beat 11/6. Pickens boys had Chandler Green transfer back in, he is their new #2. Their 5 boy from last season broke 5:00 in the mile.

6. Jefferson- The Dragons had one of their best seasons ever in 2015 placing 5th in AAA. Moving up in class to 8-AAAA with Pius, N. Oconee & Oconee County. Their entire top 7 is back including top runner Addison Cochran who earned All-State honors last Fall.

7. Oconee County- Oconee enjoyed their best XC season since the 2004-2005 squads as they were AAA runnerups. The Warriors lose their top 2 in Hans and Krumm, but their 3-7 should be back. Jake Hadden is the top returner having placed 18th at State in 2015.

8. White County- The Warriors ended their 2015 season by failing to get out of tough 8-AAAA. Boys pack will have to reload after graduating a nice senior group, but 4 of the top 7 return including Sr Tristan Bertie who was the top finisher at region placing 12th.

9. Druid Hills- This team seems to have been making progress the past 2 seasons and drops a class down from AAAAA. Look for them to move up this Fall in AAAA from a 16h place finish at State, as 5 of the top 6 are slated to be back. Their top harrier is Ermias Tewolde who was 6th as an individual..

10. Chapel Hill- Chapel Hill has also moves back down to AAAA which should make them an immediate top 10 squad after placing 22nd last Fall. They return a good core group, including Wilson Moore who sports a pr of 15:58/9:42.