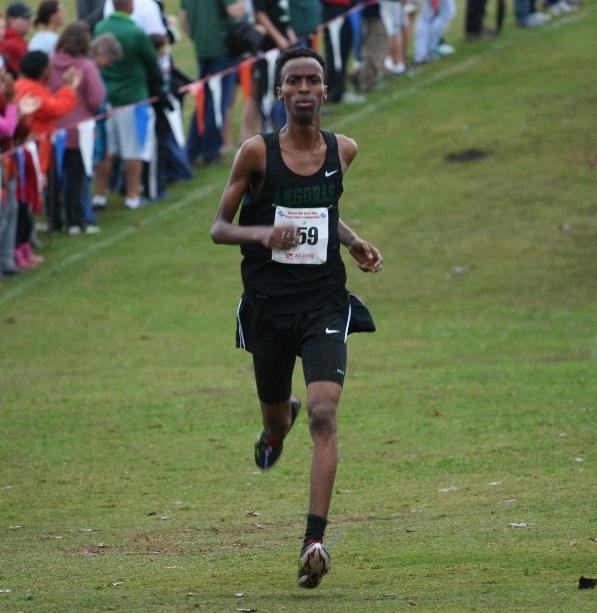 1- Clarkston: The defending AAAAA State Champion Angoras return the majority of their top runners and are rumored to have a new addition that will help their pack.  They have the experience and are the team to beat on paper. Senior, Suheib Mohamed is the top returner and placed 5th in 2015 as an Individual.

2- Starrs Mill: The Panthers will look to improve upon their 9th place finish in AAAAA in 2015. They may have the best #1-2 punch in 5A with super soph's Harrison Fultz and Nick Nyman.  Where they end up will be determined by their 3-5 runners.

3- McIntosh: The Chiefs finished 8th last Fall, but have a stout top 3 returning including: Connor Koscevic, Zach Jaeger and Joshua Bowers. The Peachtree Road Race showed that they will come into the season fit.  Again, like many teams in 5A this year, it will come down to the development of their 3-5.

4. Whitewater:  Whitewater has moved up a class  after a 3rd place Podium finish in AAAA last season. A solid pack returns led by Harry Harp who placed 8th individually.  A lot of the big guns have graduated. Will be interesting to see how they respond.

5- Union Grove: The Wolverines should improve greatly from their 17th place finish last Fall. Solid 1-2 punch with Walker Inman and Matt Seitz.  Can their #3-5 runners step up to make a run at the podium?  Word is they've had a good Summer of training.

6- Flowery Branch:  The Falcons are coming off a 3rd place Podium finish in AAAAA in 2015. On paper, they look untested behind Ethan Hargrove. However, you can never count the Branch out when it comes to Carrollton. Their recipe for success has been to start slow and finish strong.

7- Eagles Landing:  The Golden Eagles move up a class after a 10th place effort in AAAA at 2015 State. The boys' team should take a big step up this year based on their Summer work and recent time trial. Look for them to be in the mix come November. Look for Antaures Jackson and Jonathan Respress up front.

8- Hiram: Coming off a 14th place finish in 2015, Hiram has a solid top 3 led by Audrick Pyrroneau. However, depth looks to be a concern.

9- Johnson Gainesville: This program has come a long way the past 3 years and after placing 6th in AAAA moves up a class. Issac Hernandez and Sergio Reyes lead a team that can make some noise this year depending on the work they did over the Summer.

10- Carrollton: The Trojans also move up a class after placing 11th on their home turf at State. They have the ability at the top to compete, but depth remains a concern heading into the season. Top returner is Junior Ronald Sener.