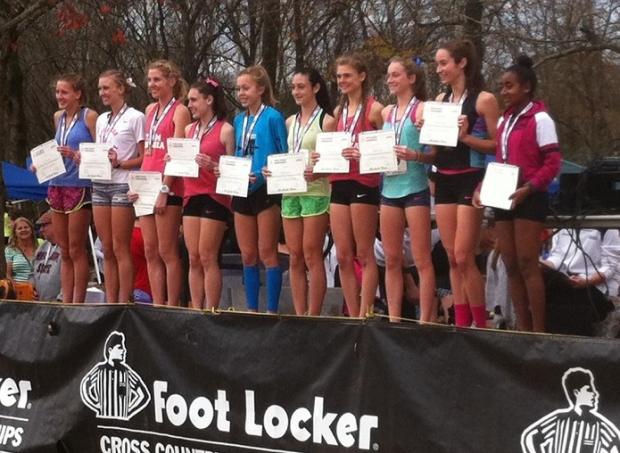 With three individual girl qualifiers for the National Championship meet, a team title in the seeded girl's race & a strong 3rd place in the boys seeded race, Georgia was well represented at the Foot Locker Cross Country South Regional race 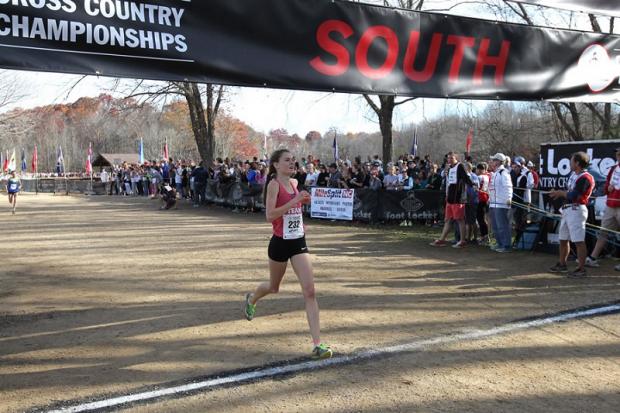 Team Georgia put 5 finishers in the top-15 to dispatch 12 scoring state teams to win it's first ever team championship.  Virginia (2nd) and Texas (3rd) followed.  With 3 National Qualifiers and then 2 more finishers before any state had 4 finishers, Team Georgia took the team honors and then for good measure added 4 more finishers in the top-30 overall spots.  Leading the way for Team Georgia was Lindsay Billings (Northview HS). Her 4th place effort (17:15) was a well-paced effort as Billings moved up from as far back as 12th place early on to qualify for the national meet & help erase last year;s disappointing 11th place finish here at the South Regionals. 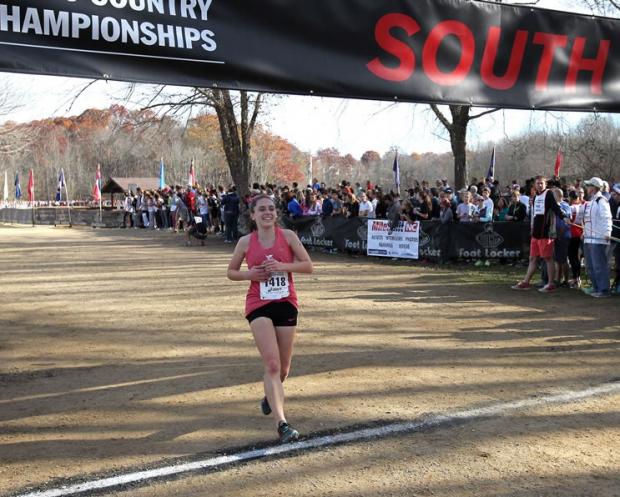 Returning to San Diego for the national meet wil be Emma Grace Hurley (Fellowship Christian).  Hurley (7th-17:23) was in the initial chase pack for the majority of the race and was battling for 3rd until dropping back in the last 600 meters. 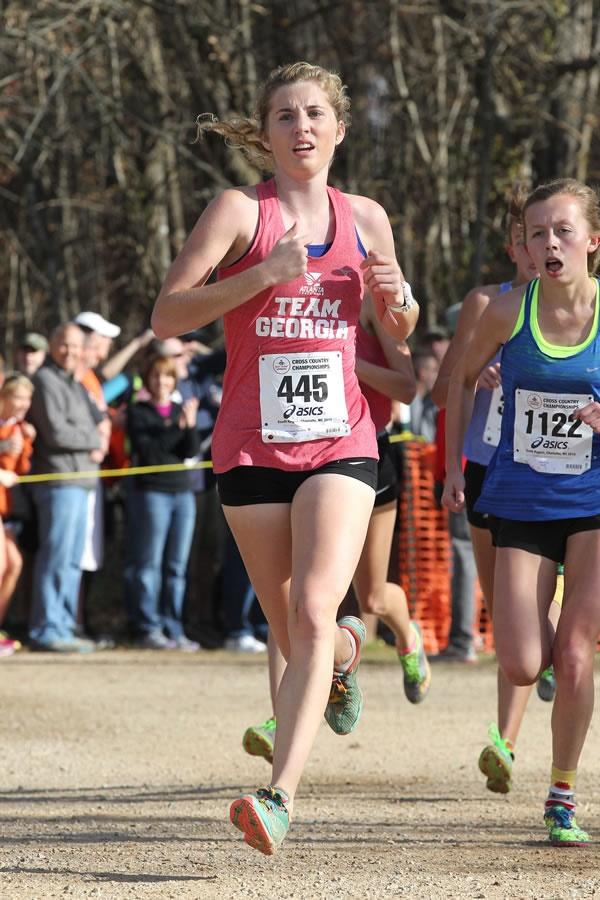 Joining Billings & Hurley to the National meet is Savannah Carnahan (South Forsyth HS).  In the top-10 the entire race, Carnahan (8th-17:34) ran a solid effort and kept pace in qualifying for the final in San Diego.  Excellent races were turned in by Sue Morales (East Jackson HS) as her 17:55 was good for 13th and then a huge effort late in the race brought Kaylee Dupont (South Forsyth) up from outside the top-20 to finish 15th in 17:57 to secure the title for Team Georgia. 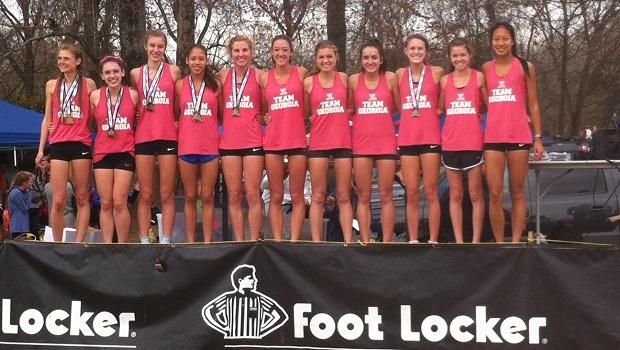 The boys from Team Georgia held their own and ran a solid team race and wound up 3rd out of 13 scoring state teams!  The runners from Virginia dominated the meet as they put 5 finishers in the top-10 including the meet winner Andrew Hunter (1st-14:26) in a new course record.  Florida was a distant second.  Leading the way for Team Georgia was Jake Shewbert (Flowery Branch HS). Shewbert (15th-15:33) was a constant presence in the chase pack and remained in the top-20 the entire race.  Hanging with Shewbert was Allen Clark (Lakeside-Evans HS).  Clark (16th-15:35) ran much like Shewbert and was followed by strong erffort from Jack Bluth (Milton HS). Bluth (29th-15:51) bided his time early and moved up the entire race.  Up early with the leaders, Jonathan Schwind (Lambert HS) held on for a 15:55 performance that placed him 34th.  Rounding out the team scoring for Georgia was Nate Reichard (Peachtree Ridge HS) as 15:58 which was good for 40th place.  Zach Israel (Brookwood HS, 51st-16:07) & Jacob McLeod (Trinity Christian, 54th-16:09) followed.