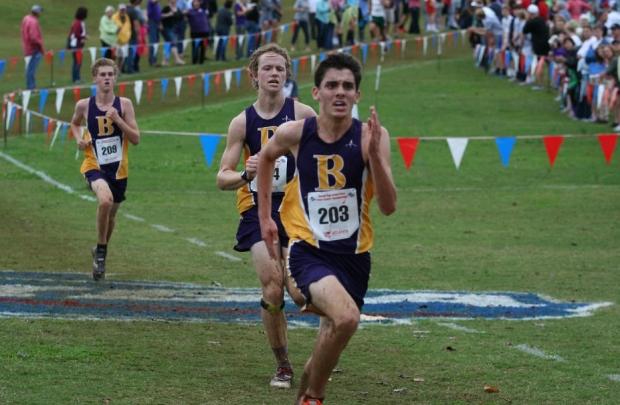 History...was made Saturday in the modern era, as Bleckley County's boys squad completed their dream season winning the AA Boys State title, being the first Public school since 2001 when Cartersville did it. The Royals had been ranked #1 all Fall and didn't falter on the biggest Stage holding off a torrid challenge by Pace Academy by placing 5 southern harriers in the top 12 spots, as well as their 6&7 in the top 17! 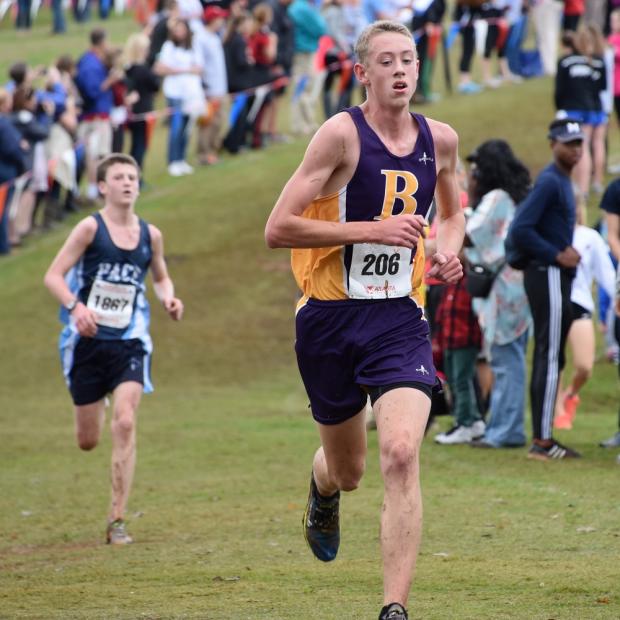 Junior, Carl Ellis 'Scooter" Corley led the charge for the Royals winning the Individual State title clocking a 17:50 on the 'Sep Slope' layout, not long before meet officials decided to close it, giving giant 6A a faster, shorter course to race on. 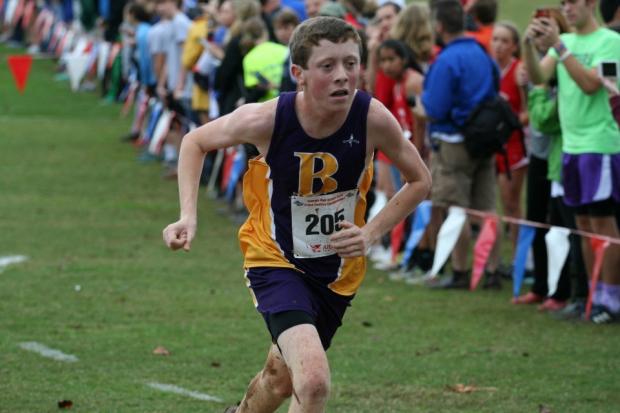 Bronson Sanders left it all out on the course for Bleckley County. 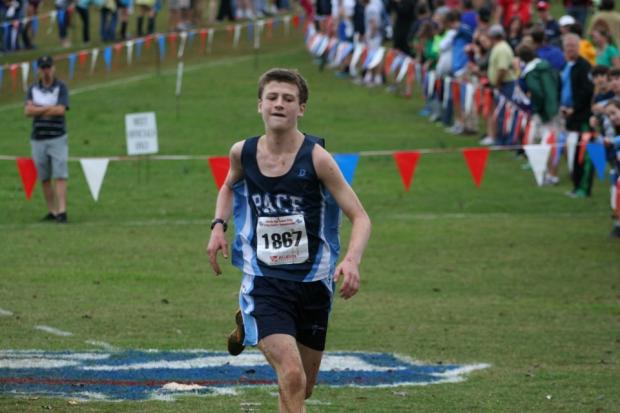 Kudos to Pace Academy for a great challenge, as the Knights also put 3 on the AA All-State squad including: Jack Douglass who raced to the Overall runnerup finish of 17:56, Rob Warren was 3rd at 18:15 and Max Irvine 6th in 18:33. Pace's top 5 from State are all underclassmen, so get ready to watch the top 2 in AA have a redux in 2016. Wesleyan was a strong 3rd placing 3 guys in the top 16, led by Jr Bailey Renfroe's 5th place effort of 18:21. Lovett secured the last Podium spot as Nicholas Klavohn was 4th Overall at 18:17. Also garnering All-State honors were Lance Underwood from Union County 7th (18:30) and Ben Davies from Holy Innocents 9th (18:49).