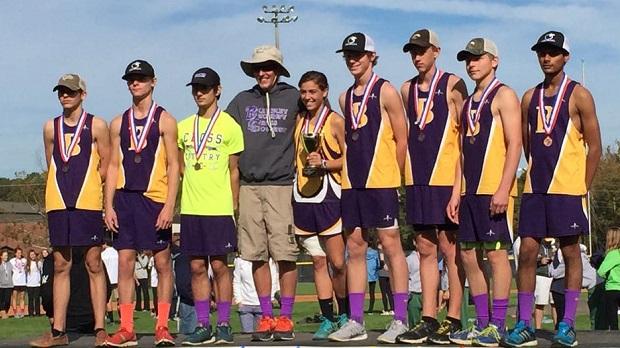 The AA Boys team race will be epic. As no Public School team has won a State title dating back to 2000 & 2001 when Cartersville pulled it off. Since that era, Private schools have dominated. The closest any Public school has come, was Bob Roller's East Jackson squad who was a distant 2nd to Westminster back in 2009. 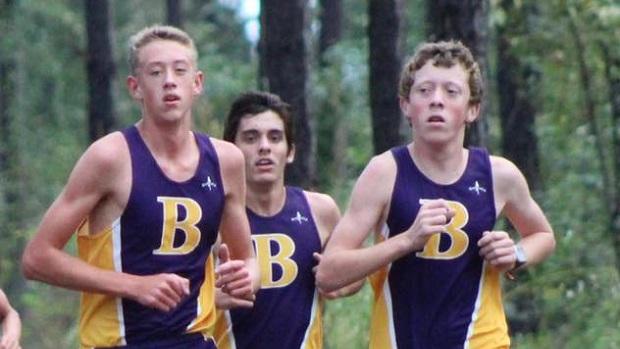 Bleckley County has continued to improve, widening the gap over the Metro Private squads chasing them. The Royals perfect scored 4-AA to the limit, sweeping the top 7 places at region and had several runners pr on their challenging home course. I spoke with their top 2 at MS State, and they are focused. Pace Academy should not be taken lightly, as they bested Wesleyan at Region 6 on the Wolves home turf by 12 points and could play 'Spoiler' to Bleckley's season. Wesleyan may not be as talented as in recent years, but have an advantage with a home course to train on similar to Carrollton. Lovett and Holy Innocents will fight it out for the final Podium spot. Its very unpredictable after the top 5 teams. Many of these schools ran on some 'questionable' layouts, bringing into question their team outlooks. Union County, Bremen and Benedictine Military's average team times from Region, were much faster than the remainder of the AA State field. Darlington has State experience and could better them all. 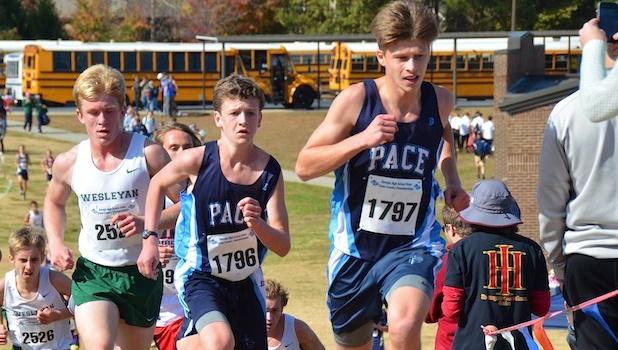 Jack Douglass of Pace will be in the lead pack. (file pic by Daniel McCauley)

There are no clear cut favorites for the Individual title depending on how hard 'Region Madness' AA courses were around the state. This could be one of the best AA Boys races in recent years up front. Jack Douglass of Pace Academy won the Region 6 Championship on Wesleyan's course at 17:08. 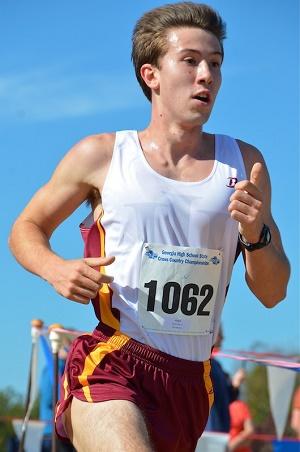 Ben Davies of Holy Innocents has won AA 'ROW' at least twice, having his best race at Asics/Alexander clocking a 16:40. Tiernan Whytock from Bremen HS, is a relative unknown commodity, though he won the 5-AA title in 17:02. 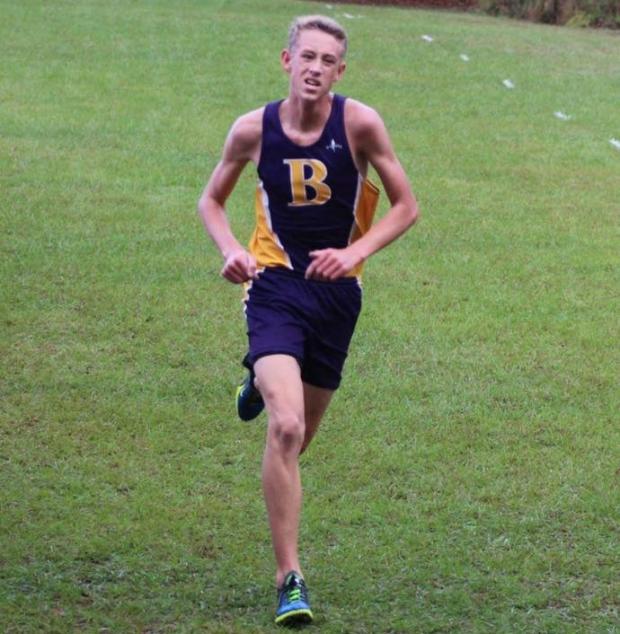 More impressive, is Carl Ellis Corley's (above) 16:54 at the 4-AA meet, on a course that was 'manned up' in the off-season to prep for State. Look for Lovett lasses, Everett Smulders and Nicholas Klavohn to push the pace early on. Rob Warren and Max Irvine of Pace should be in the mix for All-State nods. Bleckley's Austin Cook, Bronson Sanders and CJ Rich should be flyin' across in the top 15. Bailey Renfroe of Wesleyan should contend for an All-State spot. Lance Underwood from Union County won 8-AA and may try to go with the early leaders. Listed below were the top 25 performers from AA Region action. La