The 43rd edition of this event was a wet one with steady light rain throughout but that did not deter over 40 schools coming to compete on the storied golf course at the campus of Furman University in Greenville, SC. Georgia teams again had the upper hand with all team winners and individual race winners representing Georgia schools. 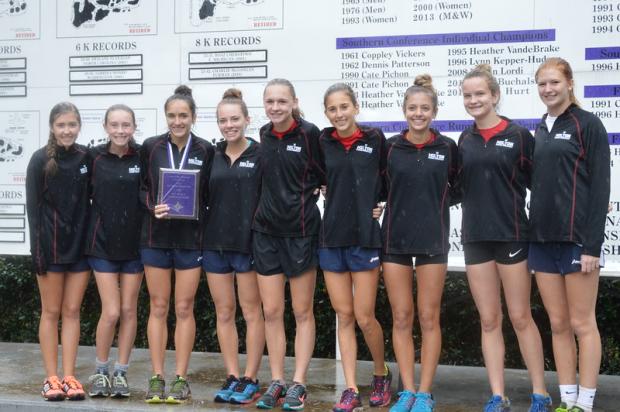 It was apparent early this was a two-team battle as the Lady Eagles of Milton (1st-103 pts) bested fellow Georgia 6A foe the Harrison Lady Hoyas (2nd-141 pts) by putting their top-3 finishers in the top-12 overall spots. Carolina Day School (NC) (3rd-238 pts) trailed. After Harrison placed their top-3 finishers in the top-20 the team race came down to each team's 4th & 5th finisher and Milton placed their 4th-6th runners in front of Harrison's 4th runner to defend their title. 35 schools scored. 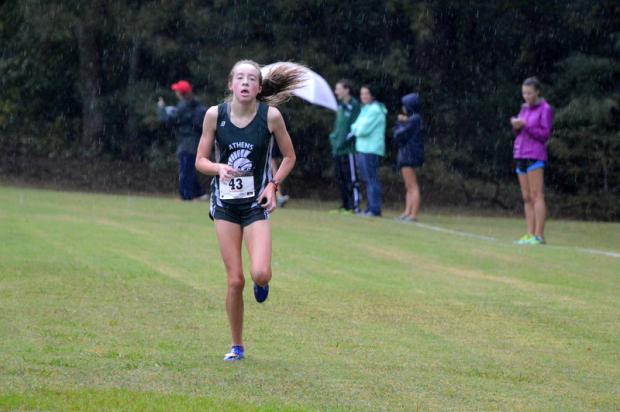 Athens Academy's Anna Marian Block coming into the finish for the win at 18:51 (photo by Angie Butzow of Milton XC Booster Club).

After a conservative start, defending champion sophomore Anna Marian Block (1st-18:51) of Athens Academy (GA) steadily pulled away from a group six to get the race win. It was her first race in close to a month and shows she is rounding into shape as region and state meets approach. 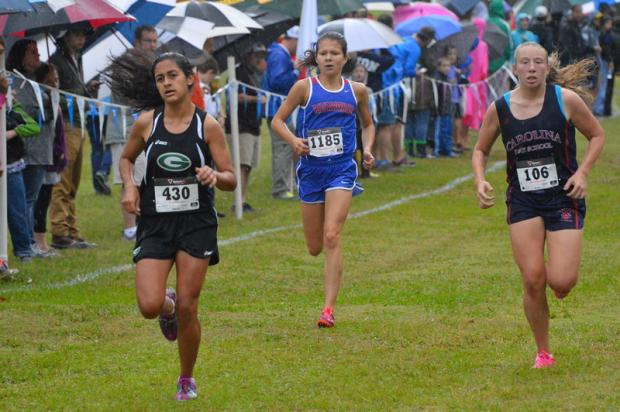 A strong group of three remained together and gave a valiant effort but were unable to reel Block in. Ralene Kwiatkowski of Carolina Day (2nd-19:09), Yanely Gomez of Grayson (GA) (3rd-19:14) & Anna Hayden of Riverwood (GA) (4th-19:29) were closest. There were 282 finishers. 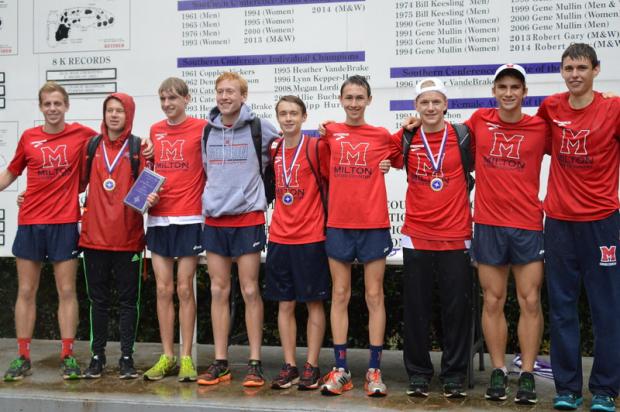 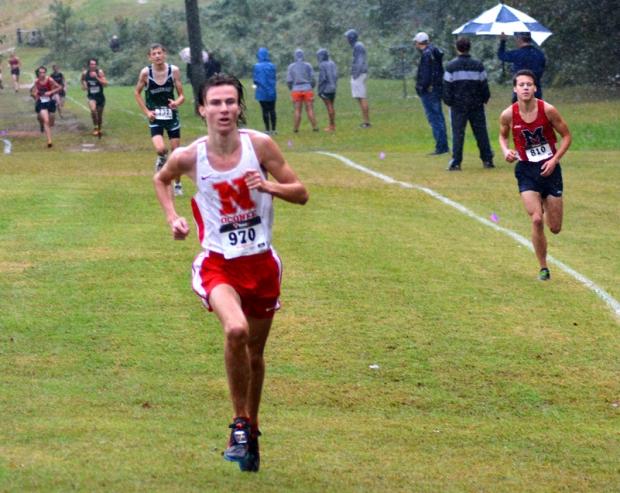 With a strong group of individuals entered that had run under 16-minutes, a close race was anticipated and with the wet/soggy conditions on the course that is what transpired. A large group of seven remained together for close to 3000 meters when a group of three broke away. Eventually pulling away on the final uphill section about 600 meters from the finish, North Oconee's (GA) Thomas Moore (1st-16:28) survived a big spill right near the finish and win comfortably. 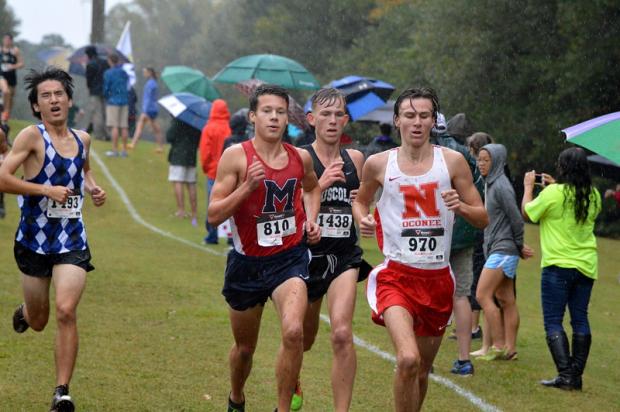 Milton's Jack Bluth (2nd-16:40) was close to Moore the entire way and was the runner-up. Moving steadily through the top-group, sophomore Sam Bowers (3rd-16:41) followed up his same finishing position from the Wingfoot meet 2 weeks ago to almost catch Bluth right at the line! There were 317 finishers. 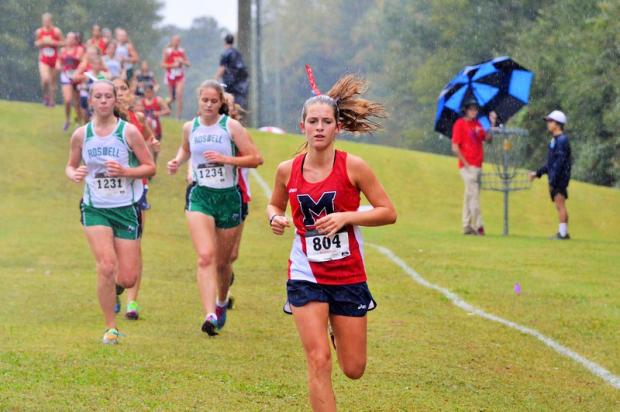 Eventual JV Girls champion Faith Wagner (804) of Milton, 5th at this early point during the race, leading her team to a perfect score of 15 points! (photo by Angie Butzow of Milton XC Booster Club)

The Lady Eagles of Milton (1st-15 pts) pulled off a perfect score for the 2nd time this season and the 5th time in school history to best 14 scoring schools. Roswell (2nd-77 pts) & TC Roberson (SC) (3rd-83 pts) followed. Freshman Faith Wagner (1st-22:07) moved past her teammates throughout the race to get the win and help put 10 Lady Eagle finishers in the top-11! 201 finishers were recorded. 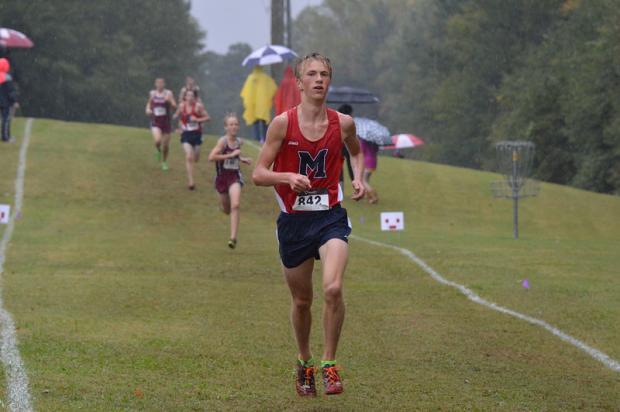