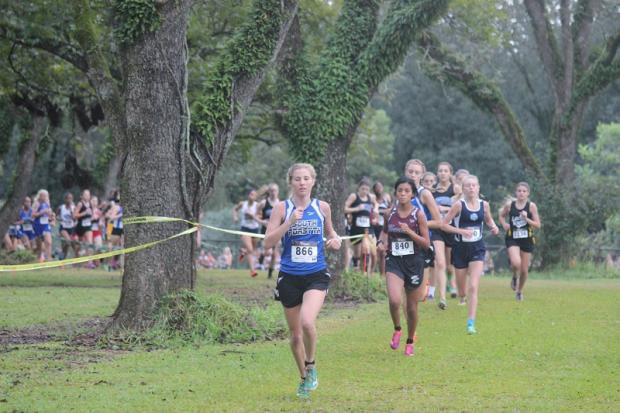 Savannah Carnahan and John Green Take Individual Titles and South Forsyth swept the team races. Weather looked iffy an hour before the race, but as the morning wore on, the skies began to show patches of blue and the Sun made a very subtle appearance making for perfect racing conditions!

Girls Race- The metro schools that came way down South escaping the torrential downpours had a great team battle on the Ron Clanton course. With Great American cancelled, South and West Forsyth decided to come to Westover giving Lovett some stiff competition. South Forsyth prevailed by 10 points taking the win with (Tripodi less Lovett 2 points back for 3rd. Savannah Carnahan had a great race taking the Overall win in a nice time of 18:08 with team mate Kaylee Dupont 2nd at 18:19 as she held off Lovett's Haley Hooper who placed 3rd at 18:21. West Forsyth was led by Regan Poteet (no Liz Galarza) in 4th Overall in 19:13 along with Mallory Luskus 6th in 19:20. Milicent Bergey also had a nice race for South Forsyth taking 5th at 19:14. 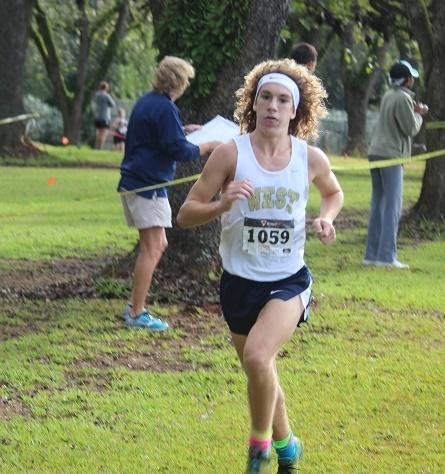 Boys Race- John Green from West Forsyth controlled the race early on and added another notch to his belt in a winning time of 15:44 leading West Forsyth to 3rd as a team. South Forsyth won the team title by 10 points led by Matt Patterson's 5th place finish of 16:06. Having a true breakout race today was Bainbridge sophomore Poncherella Leonard as he flew across the finish line in 15:56.56 nipping Jack Douglass from Pace (15:56.91) Kaleb Wolfenden from Lowndes had a sweet race taking 4th in 16:02

Westminster's Boys squad was a late addition to the meet (Wendys cancelled) who really brought it today as they challenged 6A South Forsyth to the wire. They seem to have closed the gap on Blessed Trinity this week a bit with a 16:58 team average on the 5K layout. Jack Powers and Clare Draper had a pair of 16:39's to lead the Cats attack. 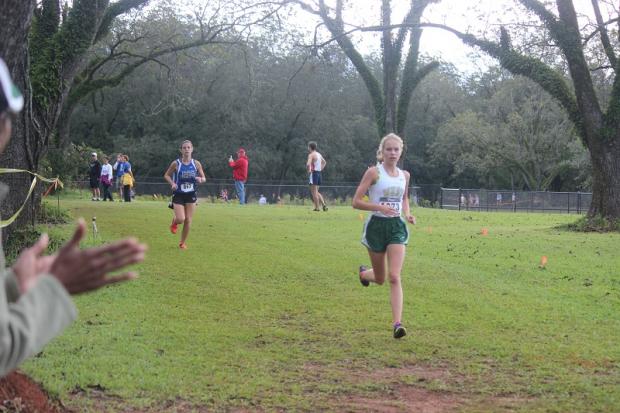 JV Girls- West Forsyth won the girls team battle led by Sr Kaitlyn Griffith's 20:13 which is a great time for a JV runner perhaps on the cusp of breaking into the top 7. NS Columbus was 2nd as a team 11 points back sparked by sophomore Romie Ingrams 3rd place finish of 21:15. South Forsyth took 3rd led by Jaquelyn Brannigan's runnerup finish at 20:44. 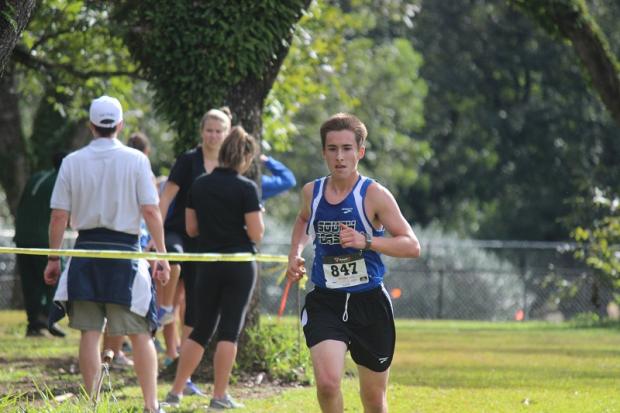 JV Boys- 6A South Forsyth dominated the JV race scoring 21 points. Andre Dubois led the charge taking the Overall win in 17:29 along with frosh Willem Verska's 2nd place effort of 17:38. Jack Cahillane from Westminster enjoyed running under the pecan trees racing to 3rd overall in 17:42 leading the Cats' to 2nd as a team.

MS Girls- The MS races were combinded as many registered athletes did not race. Emily Golden from Tift MS did not let this bother her taking 1st place at 10:45. Pace Academy won the team honors easily with Laura Romig 2nd (11:02) and Payton Payne 3rd (11:04)

MS Boys- The hometown fans had alot to cheer about as Henry Plowden from Westover MS sped around his home course for the Overall win clocking a nice 9:44. An unidentified Lee County MS runner came in 2nd at 9:55 (wrong bib) and 6th grader Josh Macklin of Lee was 3rd at 10:04 giving them the team title with Pace Academy 2nd.