It was another great day of racing at the Mountain Invite at Unicoi State Park with conditions being excellent for racing despite the wet course conditions. Many 8-AAAA and 8-AAA teams competed head to head clarifying what squads are State bound and whose on the bubble. 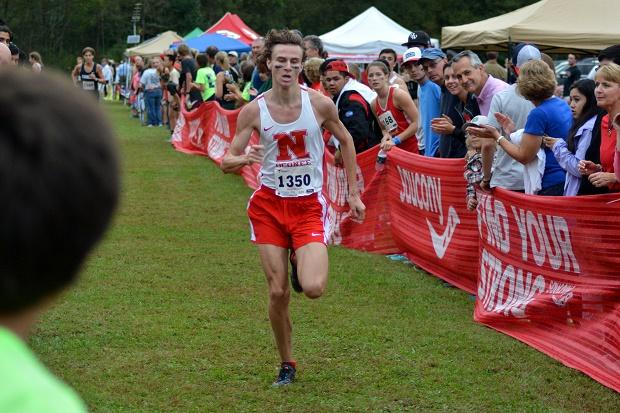 Thomas Moore from North Oconee has been en fuengo the past 6 days as he won the Overall Boys title with a smooth 15:38. Moore and Chase Kennedy dueled the entire race, but Moore turned on the burner with his 800m speed breaking Kennedy the final 400 meters. Kennedy had a solid race posting a 15:46 for 2nd place, Corson Teasley from North Hall placed 3rd at 15:55 outlasting Gerardo Suarez of Johnson at 15:57. Michael Hans rounds out the top 5 at 16:14.

North Oconee and North Hall settled (for now) who the best Region 8-AAAA squads are going 1st and 2nd in the team standings. Oconee was the top 8-AAA squad placing 3rd, Johnson (8-AAAA) was 4th and East Jackson may be closing the gap on the Warriors having added a new freshman who performed well. 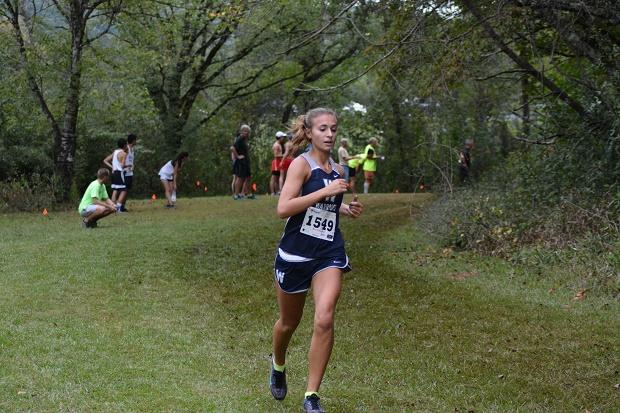 It was a fantastic race up front among the 3 leaders, but Sr Jenna Gearing from host White County remained strong in her final Mountain Invitational winning by :10 almost going sub 18 clocking a 18:00.2. Sue Morales of East Jackson defeated Hart's Audrey Honiotes for the first time going 18:10 to Honiotes' 18:13. Frankie Muldoon from Dawson County had a great race herself taking 4th at 19:50. Rounding out the top 5 was White County frosh Jaelen Alexander posting 20:02.

Another 8-AAAA team battle went on between #5 White County and #6 North Oconee with the host Warrior's prevailing by 5 points White had the better top runners scoring low points, though North had a much better 1-5 Split. At State, North the Lady Titans could use that to their advantage...North Hall took 3rd as a team, while 8-AAA Hart County ran well placing 4th (top AAA squad) besting an improving Dawson County squad.

A bright shining star may be in the making under Coach Tomy Sitton's tutelage as 6th grade newcomer Jewelee Love from East Jackson MS sped to victory as an individual clocking a 12:24. Ellie Gearing from White County MS was a strong 2nd at 12:44. Hebron Christian won a hard fought battle over White County MS by 8 points with Vickery Creek back in 3rd.