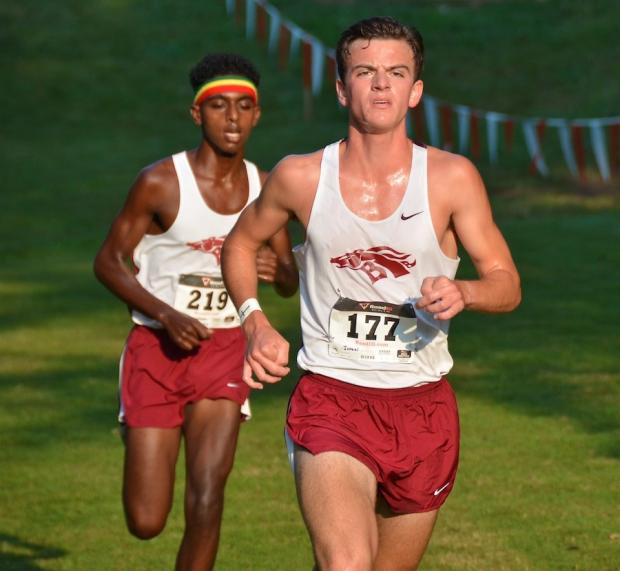 The team race looks to feature several Mill Creek, Brookwood, and Peachtree Ridge runners filling the top 20, with the team title determined by the all-important 5th man. With the top 15 individuals automatically making the All County team, the race for the first 15 to 20 spots should feature some high drama. Grayson and Parkview on paper appear to be battling it out for the 4th and final trophy, but another squad might be looking to play the spoiler on the moderate Horse Park trail.

Individually, the race features the defending champion Tyler Barber of Mountain View. He is joined by Mill Creek's Sam Costa (2nd at Battle of Atlanta, defending Region 7-AAAAAA Champion), Brookwood's duo of Zach Isreal (1st place in Stage 5 of the Stage Races, 2nd at the Panther XC Meet) and Gruem Tesfamariam (3rd in Stage 5 of Stage Races and 3rd at Panther XC Meet) and Nate Reichard of Peachtree Ridge (2nd at Spikes and Spurs, 5th at Berry). Other runners vying for top spots are Joseph Gunn and Iyasu Binchamo of Grayson, Noah Hollis and Gavin Childers of Mill Creek, Zunair Manzoor, Jordan Bullock, and Patrick Smith of Brookwood, Christian Corsello of Parkview, and James Craigin of Archer.

Historically, Parkview has the most County team titles, with 19, followed by Brookwood (13), Collins Hill (3), and Shiloh, South Gwinnett, Peachtree Ridge, and Mill Creek (1). Teams that finish in the top 2-3 usually have a great chance at making the podium in Carrollton, with the top individuals also faring well. It should be a great meet! 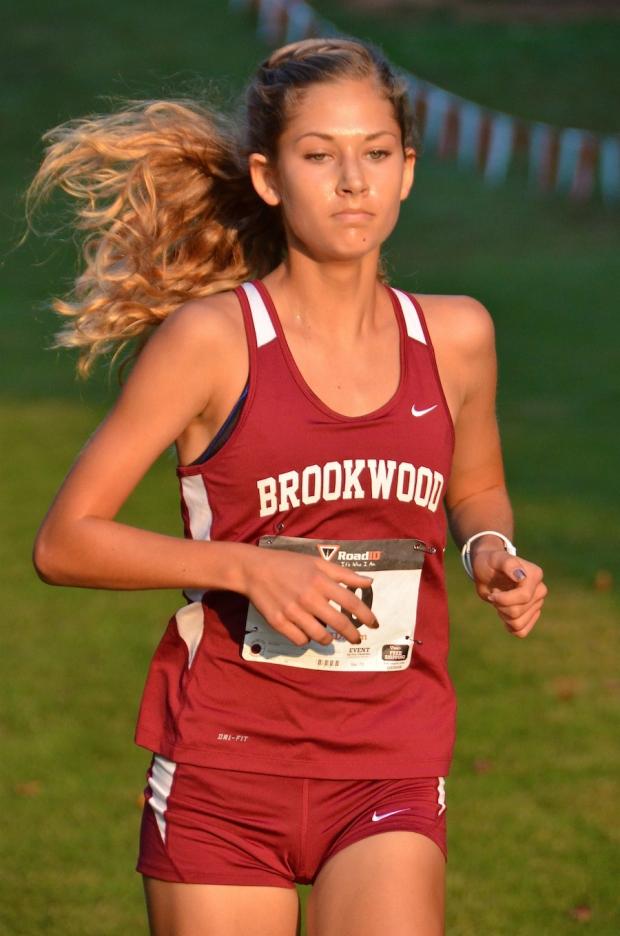 Over 500 girls from over 20 schools in Gwinnett County will compete this Saturday at the Georgia International Horse Park in Conyers (ironically, the competition takes place outside the county). Always a competitive race, this year's campaign looks to be no different. It should be noted that 17 of the top 20 finishers in the girls' championship race return for the 2015 competition -- making for quite an intriguing individual and team battle.

The Petit duo of Hannah and Camryn from Mill Creek HS will lead the charge for the individual championship. Like the Williams sisters on the tennis circuit, these two sisters are competitive with each other and have each gotten the upper hand vs. the other so far this season. These two look to be the favorites, but by no means should anyone ignore a few other threats in the county. Hannah is the defending Gwinnett County champion while Camryn finished a strong 5th.

We absolutely cannot count out 2014 County runner-up Lauren Flynt of Brookwood or Yanely Gomez of Grayson. Flynt proved she's on a whole new level compared to last year as she hung on to Nationals contender Nicole Fegans at Starr's Mill for over half the race and was within 30 seconds by the finish -- something very few athletes can say they've done this season. Flynt likes to go out with the leaders, and there's little reason to believe she won't try and run with the Petits to take the individual crown.

Yanely Gomez, 4th in 2014, has been a pleasant surprise so far this season. After missing most of track season due to injury, Gomez has returned with a vengeance and has logged two sub-19:00 5K performances including a victory at the Saucony Kickoff and a runner-up finish at Covered Bridge. She appears to have gained a step or two on the top competition in the state; look for her to mix it up and contend for the title.

Other athletes to keep in mind include the Dacula duo of Kenedi Rodney and Daniela Rodriguez, Mary Kathryn Knottt of Peachtree Ridge, Sara Scales of Mill Creek, Kimmie Whiting of North Gwinnett, Emily Swanigan of Providence, Bobbi Ayres of Grayson, and Melody Weiler and Emma Allison of Parkview.

Mill Creek, the defending champion, is the team to beat. The #2 6A and all-class Lady Hawks have dominated their competition thus far including big wins at Berry and an absolute annihilation of the competition at NEGA. They have the front runners, they have the supporting cast, and they have the experience; in order for them to not leave the Horse Park as the champions, one of these other teams will need to rise up in a big way to clip those wings and prevent them from 'soaring' to another title.

The Lady Broncos of Brookwood look to be the most viable threat to the crown. Led by the aforementioned Lauren Flynt, Brookwood has had a strong start to their season including their tough fought victory over Landmark Christian and other strong teams down at Starr's Mill. They had a strong group of their # 2-5 finish within 25 seconds of each other, but then they had a gap of over a minute to their 6th and 7th. If Brookwood is going to challenge the Lady Hawks, they'll need to have everyone 'on' and break up/be ahead of the Mill Creek pack.

Parkview's girls have made a huge jump from a year ago and appear much improved from their 7th place finish in 2014. Led by the duo of Melody Weiler and Emma Allison, the Lady Panthers must find a way to get their 3-5 closer to their top 2, and their top 2 must step it up to become more like true front runners if they stand a chance of competing for a title.

North Gwinnett's season has been off to a strong start. Going toe to toe with Parkview at Carrollton only a week ago, the Lady Bulldogs, led by Kimmie Whiting, have a tight 2-5 pack much like Brookwood. Also much like Brookwood though, they'll have to close the gap to their top athlete and get in front of other teams' 2-5 if they're going to contend for the title.

The Ridge Chicks of Peachtree Ridge, led by Mary Kathryn Knottt, opened their season with a strong 4th place finish down in Florida and followed it up with a solid Berry performance despite being short freshman talent Kelly Roy. They'll need to show up in full force Saturday as there appears to be a gap after their #5.

Hebron Christian Academy had an outstanding 3rd place finish at The Battle of Atlanta a couple weeks back to thrust their name into the conversation of contending with the 'big girls' of Gwinnett County. Led by Alyssa Hawkins, Hebron has a strong pack of 2-4 that worked well together at BoA and passed multiple athletes from formidable teams. They ran short-handed at Carrollton but should be back to full strength on Saturday. Like these other teams, look for them to contend for a top 4 trophy.

It seems to be a fight for 2nd place with Brookwood having the edge for runner-up honors. The Lady Hawks appear to be ahead and will need to falter for Brookwood or anyone else to take the crown. With partly cloudy skies and low-to-mid 60s conditions, watch for some quick times and great racing down in Conyers Saturday.