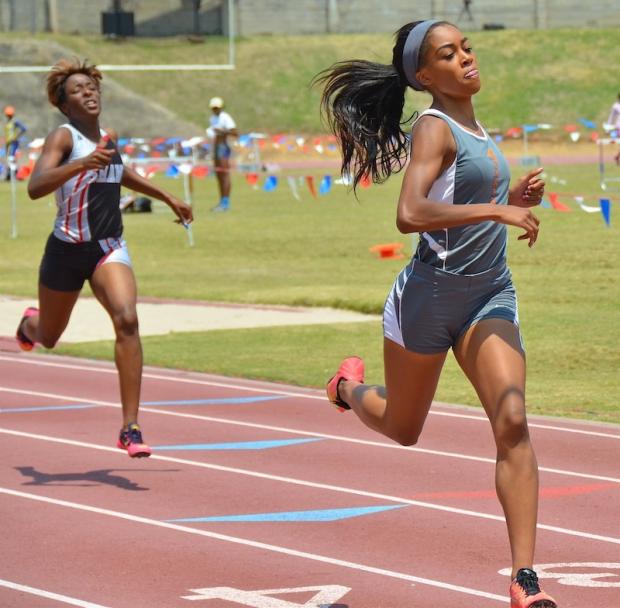 Micaiah Ransby won the 400m in 54.81 as North Springs continued to pour it on. (pic by Daniel McCauley) 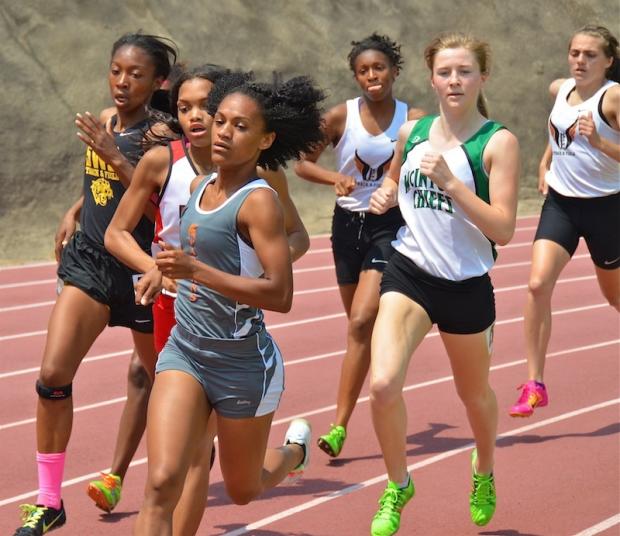 North Springs continued their quest for the 5A team title as Lauren Jackson (grey) set down a winning time of 2:12.14 (pic by Daniel McCauley) 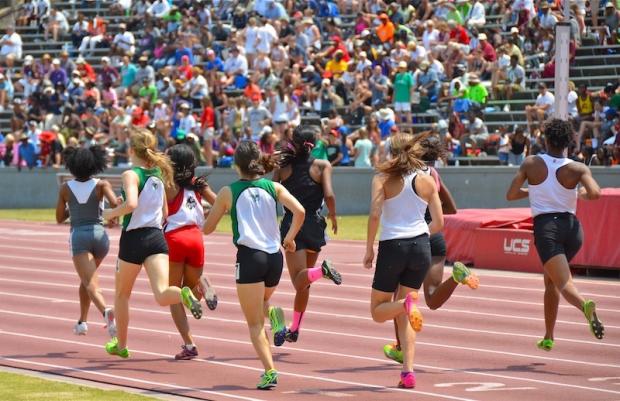 It was Lauren Jackson's turn on the stage in the 800m as she bested 1600m winner Marielle Lewis in a fine time of 2:12.14. North needed some points out of the 300 Hurdles and Jayda Drake Howard delivered placing 5th in 45.13 for 4 points. North Springs awesome 4x400 squad put the title to rest in the final event going 3:44.42 which may be the new All-Time State Meet record if I'm not mistaken...for a 7 point margin of victory over... 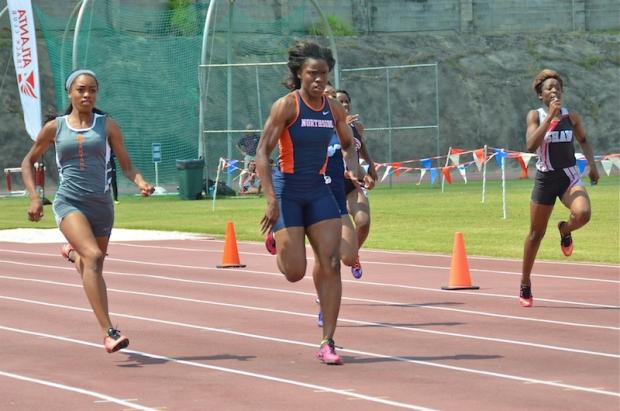 Northside Warner Robins began Saturday with 15 points and a couple of times held the lead ending up 2nd with 45 points for their 2nd consecutive runnerup team finish. Their big points came from Sprint ace Cassondra Hall as she swept the Short Sprints in winning times of 11.69 and 23.91. Their Relay squads racked up a 4th in the 4x100 and 5th in the 4x400.

Kell was very resilient and had a strong outing in Albany placing 3rd overall as a team. It certainly did not hurt scoring 30 points on the Field, Marielle Lewis' 1600 win, Olivia Terwilliger's 2nd in the 3200 and Reagan Poteet's deuce in the 1600. Lewis came through in the 800m (2:13) with a big 2nd place finish behind winner (Jackson- NORTH SPRINGS) and Poteet claimed 6th at 2:19. 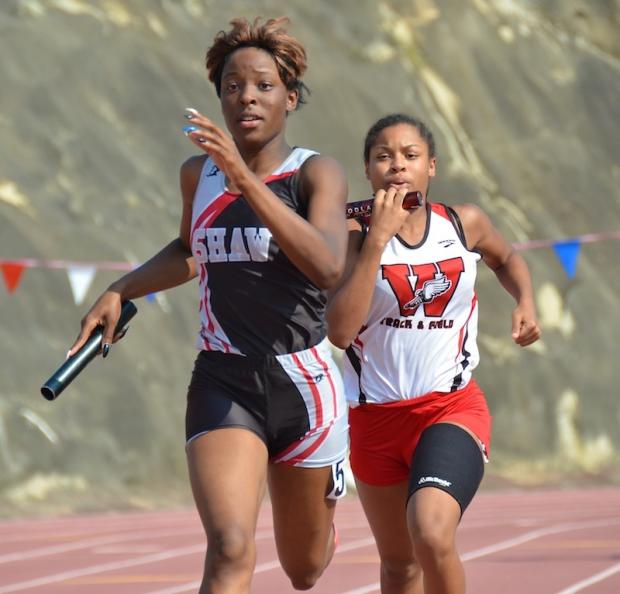 Forest Park had 18 coming into Finals with limited opportunities but hurdler Lauren Epps scored 16 by first placing 3rd in the 100h (14.64) and got her Gold in the 300h with a winning time of 43.03. They ended their Podium quest a bit short coming in 5th in the 4x400. Also doing well were Starrs Mill in 6th, Woodland Stockbridge 7th and Stephenson 8th. 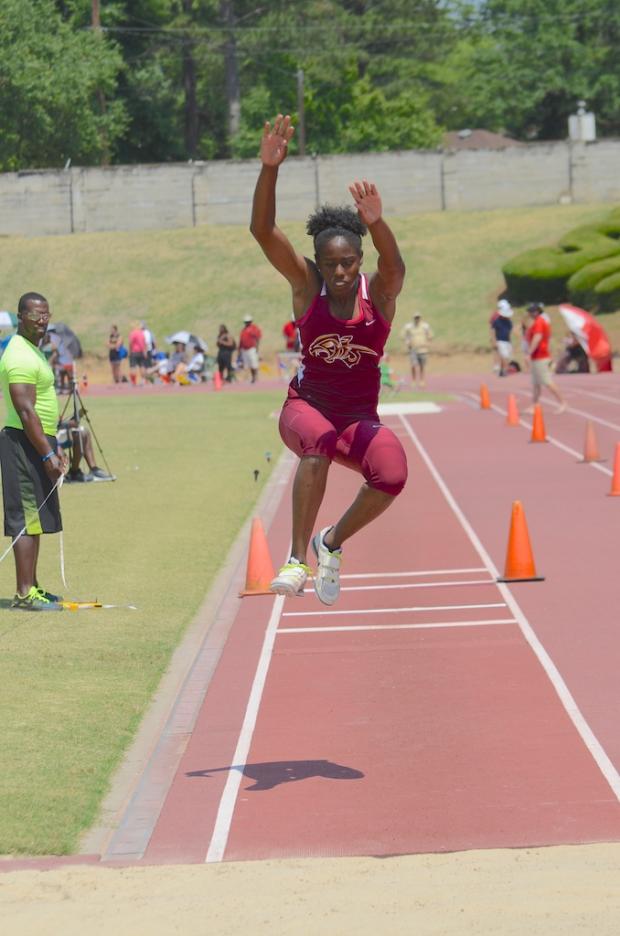 Bria Matthews of Forest Park eradicated the All-Time Georgia Girls Triple Jump mark as she bounded to 43-5! down in ALB town. (pic by Pinion Photography) 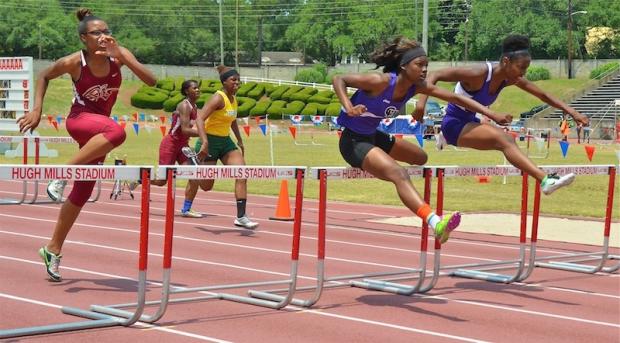 Winning Individual events Saturday not mentioned above was Kayla Alexander of Chapel Hill in a Finish Lynx photo finish over Villa Rica's Jameeka Middlebrooks in 14.21 (.004 margin)