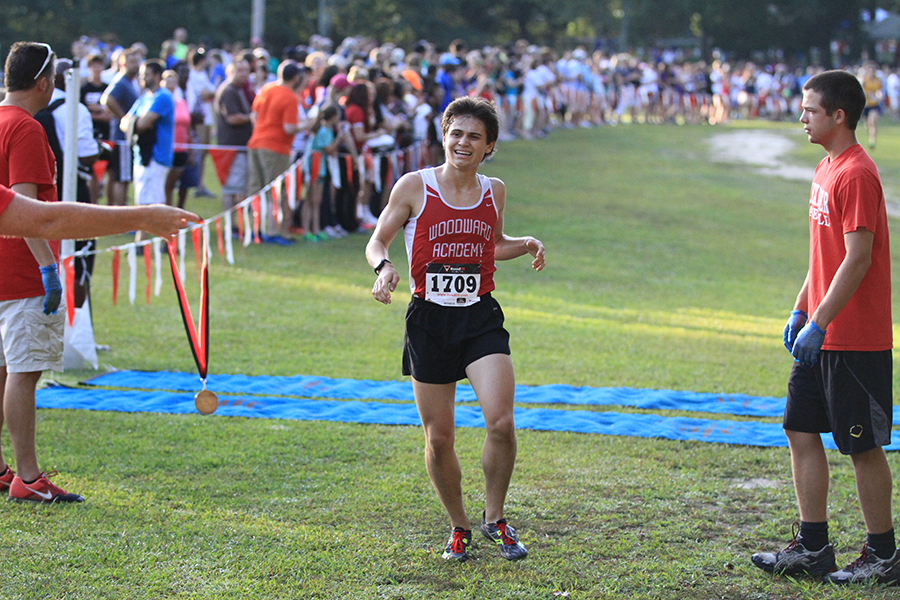 Alex Murfee from Woodward Academy looks relieved crossing the finish line in Race 2 at 15:54  What a HUGE Medal! 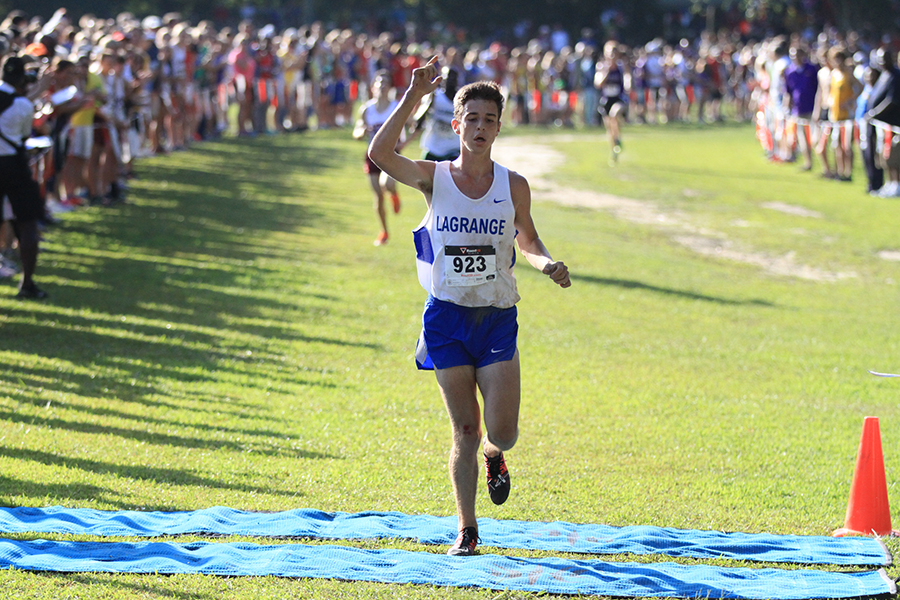 There Back.....those Angoras from 2013 that had such a magnificent end to a dream season placing 2nd at State have taken up from where left off winning the team title in Race 2. Clarkston has reloaded and looks to be an immediate contender for the 5A title. Their 16:35 team average was probably better than Woodward's 16:30 earlier as the heat index had to be higher..Jr Abbas Akbahr led the charge placing 2nd in 16:03 and Gidey Sahlu crossed 7th in 16:17.  Sam Bowie is now the man at Lagrange after Coggins graduated. Bowie announced his presence by taking the Race 2 overall title clocking a 15:59. Filling out the top 5 were Jonathan Scwind of Lambert in 16:03.18,  Davis Stockwell of Lakeside DK in 16:08 and Justin Weegar from Evans at 16:14. Forsyth Central ran well in their season debut placing 2nd in the team standings led by sr Austin Campbell in 16:15. 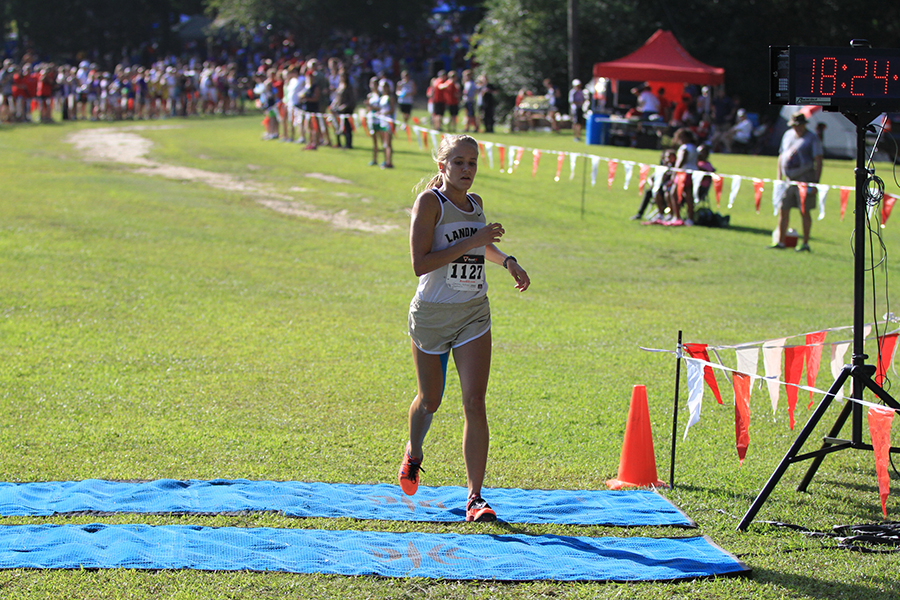 Kathryn Foreman from Landmark Christian (pictured) had the top female performance of the day running away with Race 2 clocking a 18:24 leading her squad to 2nd in the team race. Not too far back was little sister Sarah Foreman who in her first 'official' GHSA race went 19:24 taking 2nd overall. It seems that 2013 #2 Nicole Fegans dnr.  Cambridge HS had a tighter 1-5 Split though as they won the team race by 8 points. Leading Cambridge was frosh Chloe Phelps in 11th overall. Lambert had a solid start to their season under new head coach James Tigue placing 3rd. Rounding out the top 5 individuals were Ellunde Montgomery of Union Grove (19:44), Morgan Mihalis of Lakeside DK (20:01) and Breck Jones of N.Cobb Christian (20:01)