Lamar County Catches up with Westminster, and 'Carpe Diem' Earning the 2A Title

I must have heard the score wrong after the 300m Hurdles team scores were announced during awards, hearing 'Westminster 67, Lamar County 61', meaning Lamar had to win the 4x400..and hope for Westminster to place 7th/last. But, Lamar actually had a stronger hand trailing by just 1.5 points and their 3rd place finish adding 6 points was more than enough to overtake the Cats' by 2.5 points sealing the 2A title for the Trojans. Lawrence and Lance Austin were key on Saturday scoring 26 points in the Hurdles and 200m as well as being legs on Lamar's relay teams that scored 18. 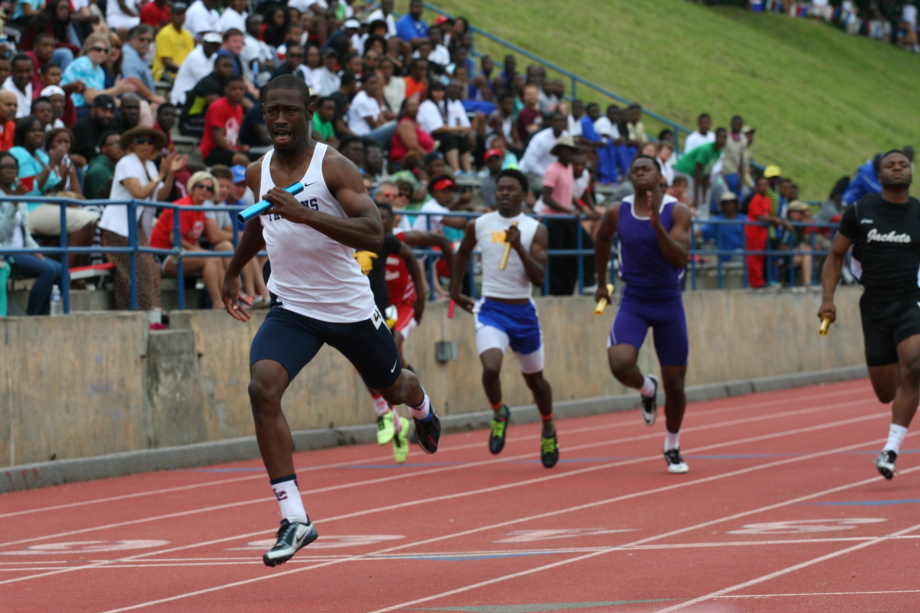 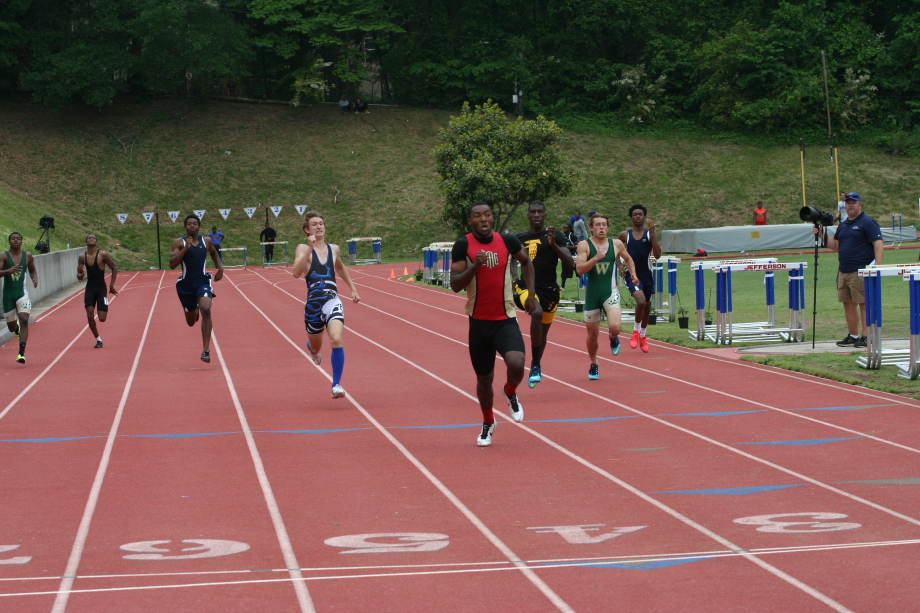 Micah Abernathy from GAC was dominant in the 400 meters winning going away in 49.10. Temperance Simmons from East Laurens placed 2nd in 49.90 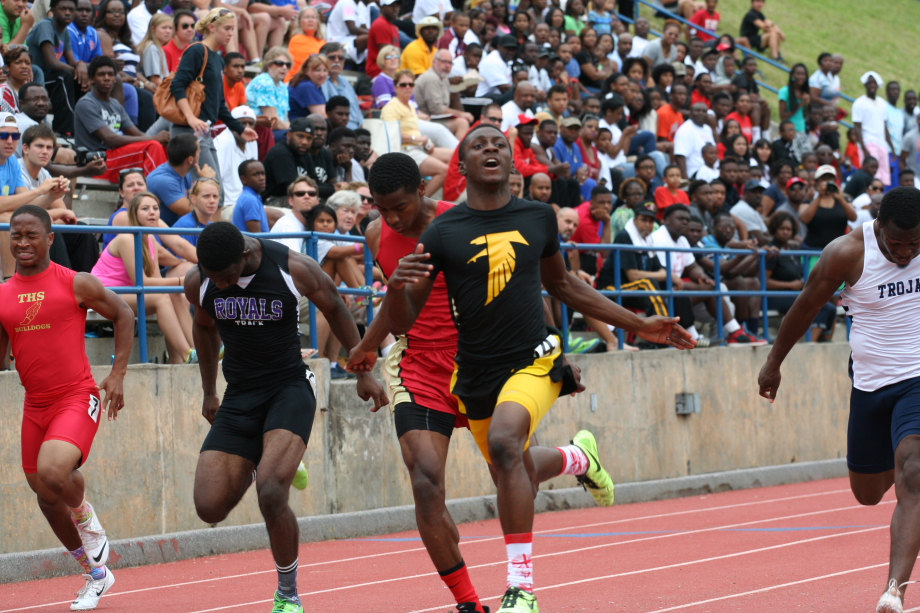 Jaquivias Cannon of East Laurens burst to the 2A 100 meter dash title clocking a 10.59. with GAC's Darius Slayton 2nd at 10.72. Lance Austin (not pictured) of Lamar County picked up huge points placing 3rd in 10.77 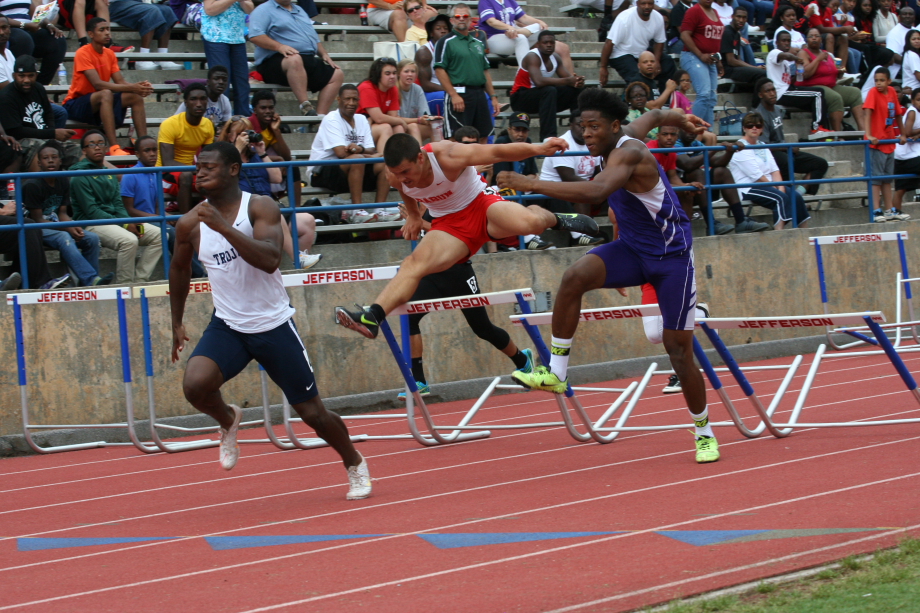 Lamar County continued their quest for the 2A tean title in the110 Hurdles as Lawrence Austin flew over the Hurdles taking a critical win for the Trojans clocking a 14.39 besting Fitzgerald's Trey Graham at 14.57. Rabun County's rangy Charlie Woerner took the bronze. 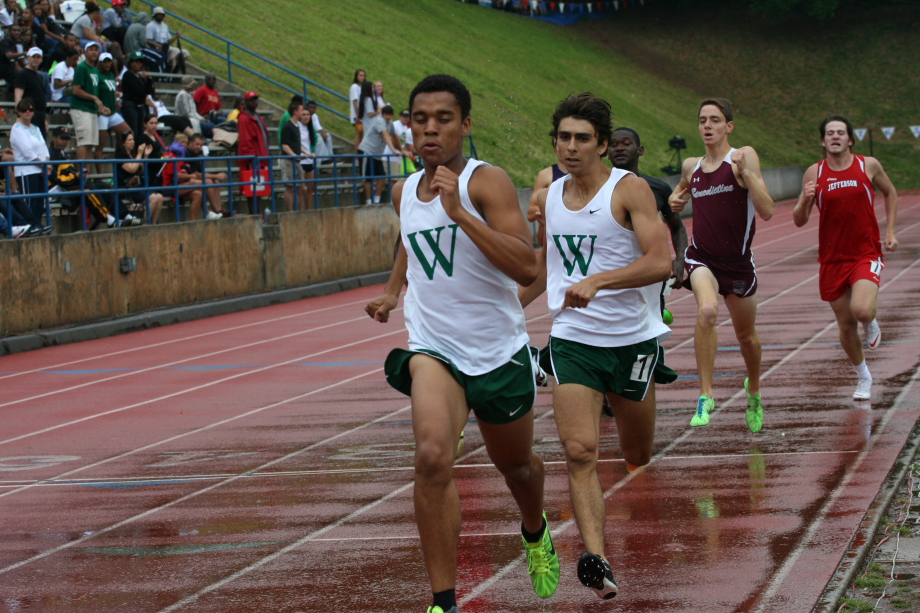 Westminster's Jordan Flowers was too strong and experienced winning the 2A 800 meter title in 1:56.41. Spencer's Eddie Stafford (not pictured)  had footspeed, catching and passing Austin Dhillon of Westminster for 2nd in 1:57.75 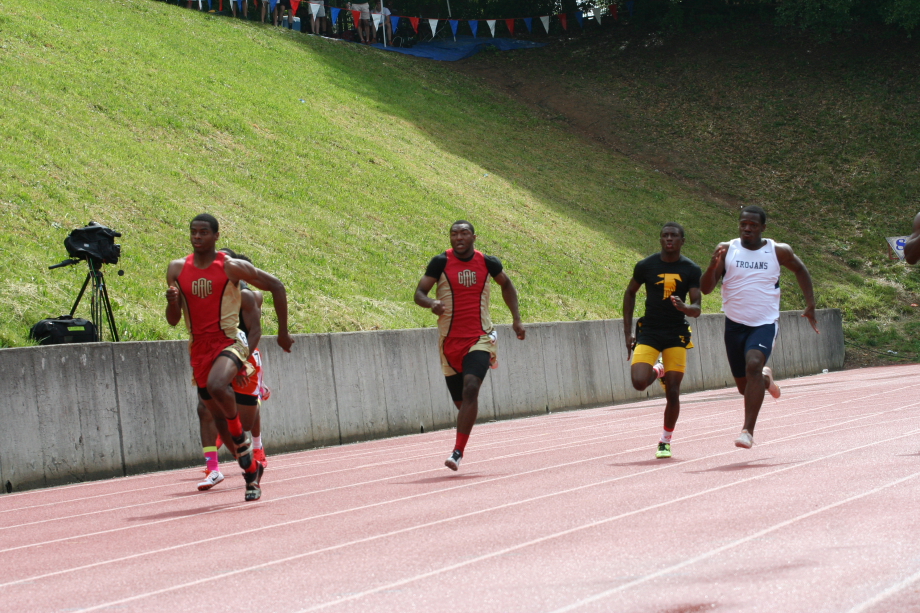 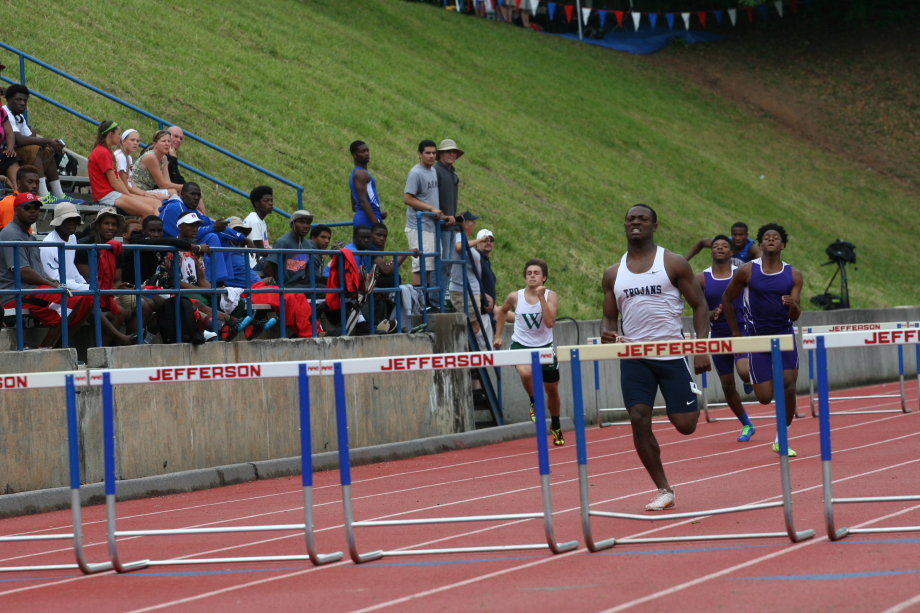 Lance Austin kept Lamar County's hopes alive as he drove to the 300 Hurdles title, dominating the race taking the Gold in 38.12. Fitzgerald's Trey Graham again was 2nd back at 39.76 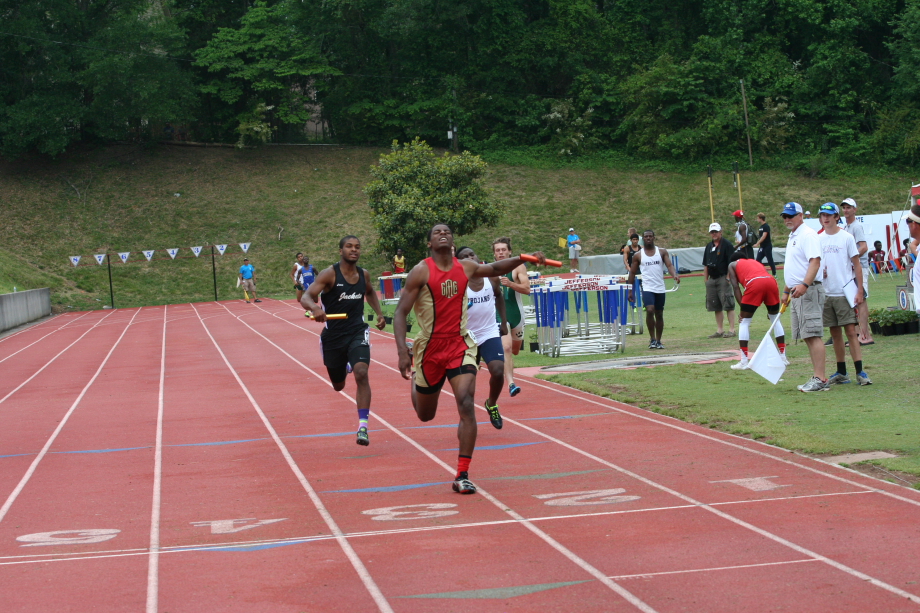 With a state title on the line, Lamar County took off early and led the entire race till the last curve, but held on to 3rd place, propelling them past a game Westminster squad who finished 7th. It was a great race down the stretch, as GAC passed Lamar winning the event in 3:21.78 over Calhoun at 3:22.47. Congrats to the Trojans!