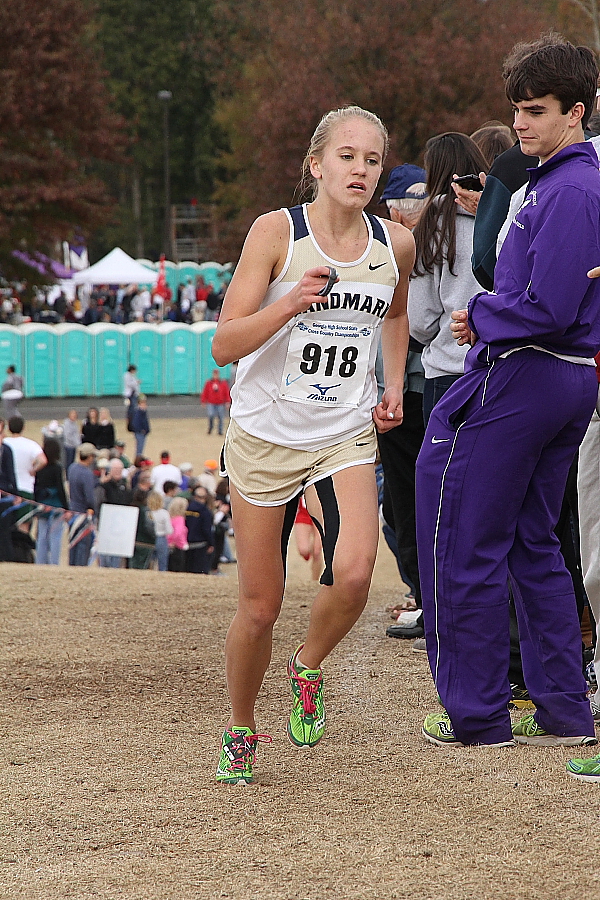 It was all Kathryn Foreman in the 1A Private Girls race as she did it 'Pre-Style' with the fastest time of the day 18:42

Kathryn Foreman was pushing hard at the 1/2 way point, holding a 30 meter lead over Tayler Tuttle with a about a 10 meter gap separating each of the next 4 runners including Emma Grace Hurley, Helen Williams and Nicole Fegans. Landmark's Foreman though stayed rock solid, never allowing Tuttle to close the gap. Making a move in mile 2 knowing Tuttle would come after her in mile 3, which proved to be the key to victory stretching her lead to nearly 50 meters down the final hill winning the 1A Individual title in the fastest time of the meet in 18:42. Tuttle of Providence Christian placed 2nd in 18:51 (which was the 2nd fastest time all-classes) Williams of AIS churned to 3rd in 19:15 followed by Fegans of Landmark 4th in 19:39 who held off Hurley of FCA in 5th at 19:42. 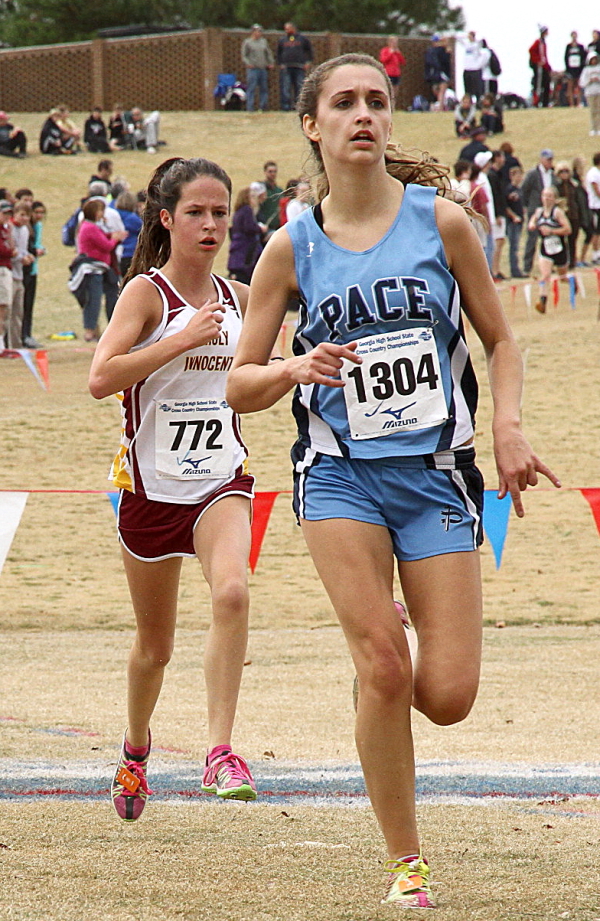 Senior Elle Stang picks up Huge Points for Pace Academy holding off a pack or 1A Pvt Girls
Pace Academy pulled the 2nd Girls upset (mild) of the day racing to the team title scoring 99 points besting Providence Christian and Darlington (who were locked at 116 points each) Pace did it by putting their top 5 within the 12-25 positions. Leading the team's title run was frosh Julia Ross fimishing 16th in 21:14. Tuttle and Emily Swanigan (6th in 19:57) led PCA to the runnerup team finish. Top ranked Darlington was led by Stephanie Ward's 9th place effort in 20:30. First Presbyterian had a great race holding off 8-A Hebron Christian for the last podium spot by 5 points led by Jessica Smith's 8th in 20:19. Also making the All-State team were Gabby Cortese from ACS in 7th place at 20:11 and Jessica Zalzman of Pinecrest 10th in 20:30. 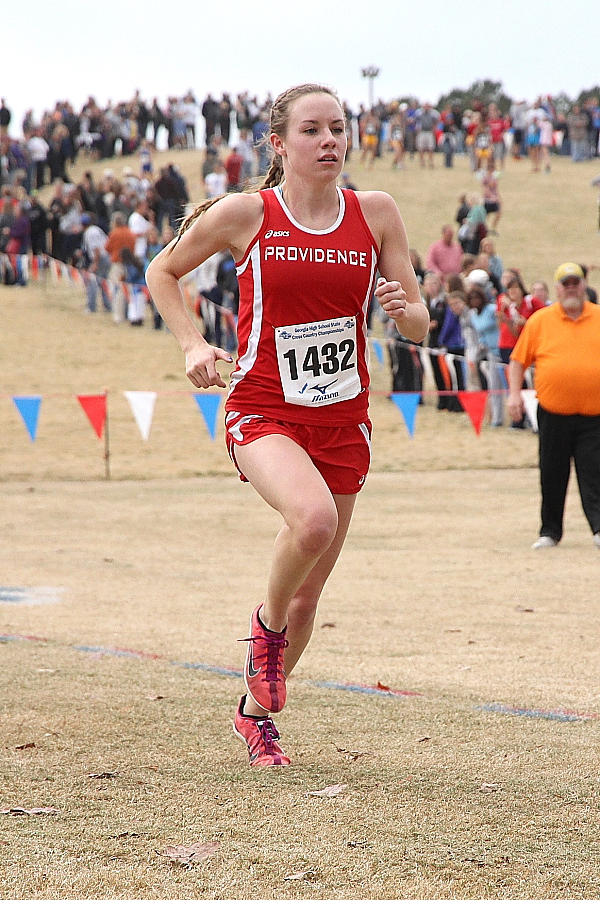 PCA's Tuttle was a strong 2nd in the race about 40 meters behind Foreman clocking a 18: 51   Images by Jonathan Speights