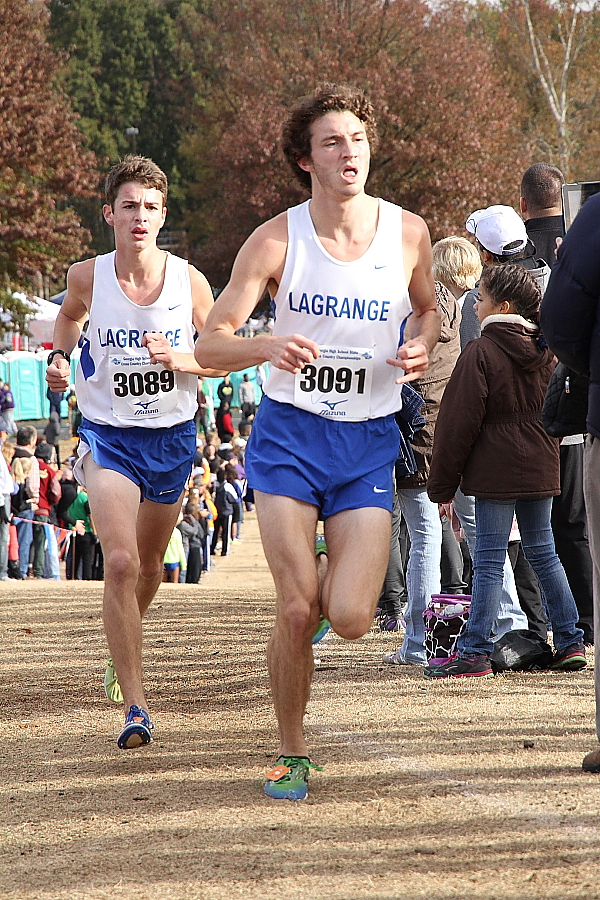 This was closer than most would have projected as Lagrange threw the gauntlet down and actually led Marist thru the first 4 runners giving defending champ and overwhelming favorite Marist a scare. Marist prevailed by just 17 points led by sr.Daniel Navarro who had an extremely rewarding race capturing the overall title clocking a 16:13. Hakeem Mustafaa will be on everyone's radar in 2014 Outdoor Track with his overall runnerup finish. 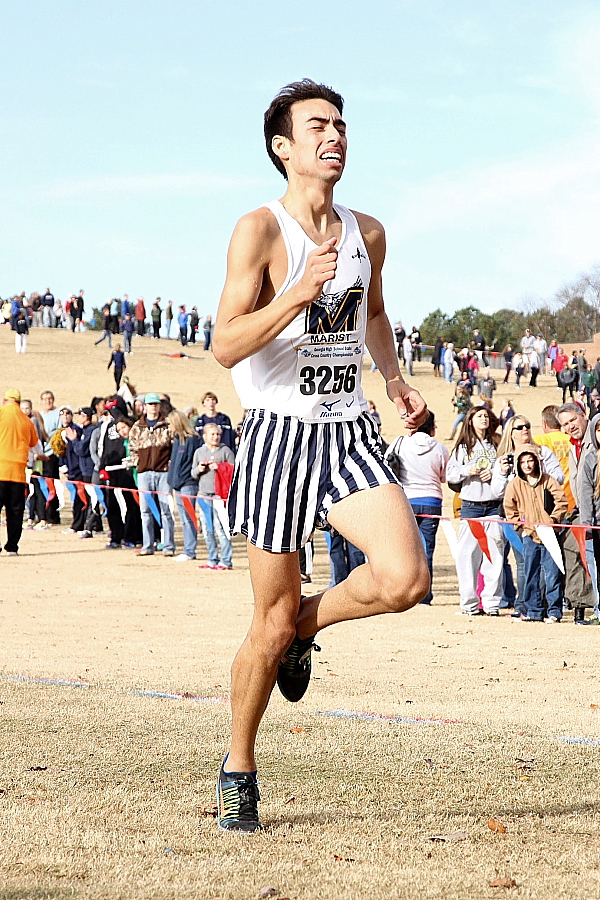 Daniel Navarro of Marist sprints towards the finish winning the 4A Boys Individual title in 16:13   Image by Johnathan Speights
It looked from afar like Hakeem Mustafaa took the early lead and held it for the first half until Navarro and Thurston caught him. Navarro pulled away, but to Mustafaa's credit, he was able to come back on the (apparently sick) Thurston and take second place. Thurston fought through it and held on for 3rd place in 16:39.  The team race was not over nearly as early as everybody expected as Lagrange ran very well and actually beat Marist through 4 runners. But Marist's 5th man was 30 seconds in front of Lagrange's to seal the deal. Marist's Jim Galvin placed 8th in 17:08. Lagrange was a strong 2nd teamwise and couldn't have ran any better putting 4 guys in the top 10. Making the All-State squad for the Grangers were Andrew Coggins in 4th at 16:47, Sam Bowie 6th in 17:02, Garrett Cashwell 9th in 17:11, and Jonathan Pelham 10th in 17:16. 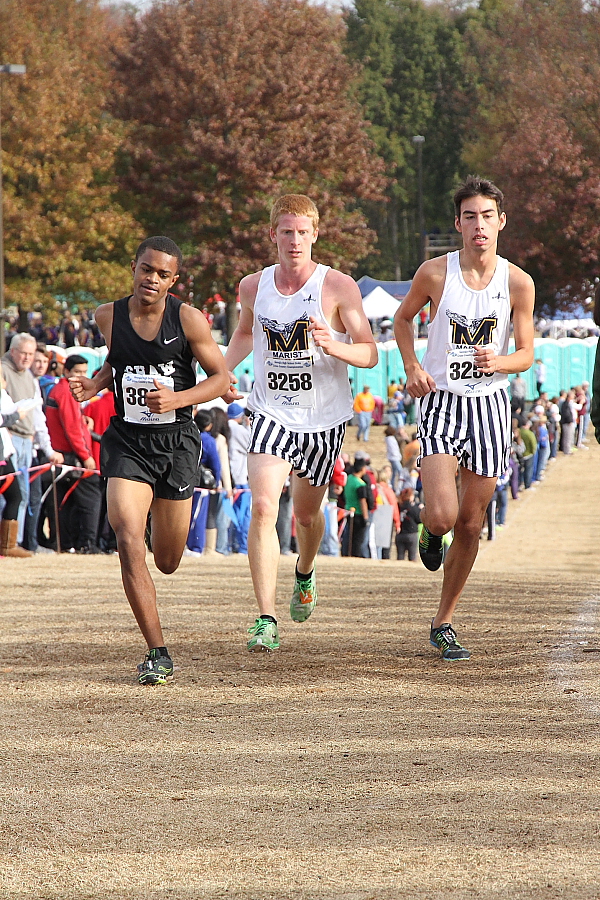 Mustafaa challenges the Marist duo of Thurston (c) and Navarro (r)     Image by Johnathan Speights
Hakeem Mustafaa of Shaw had his best performance ever at State winning runnerup honors posting a 16:27 and will be the favorite in 2014.  Hats off to Pickens county for placing two in the top 10 to take 3rd with 2 runners in the top 7. Sean Parker led the team effort placing 5th in 16:57 and Turner Moranos was 7th in 17:04. Perry survived a war with Alexander and Chestatee grabbing the final Podium position by 2 points. Kudos to Perry as well for placing 2 in the top 20 to sneak in front of Alexander for 4th.