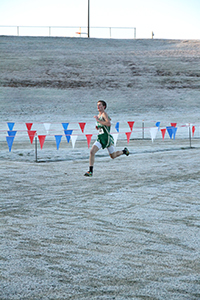 Josh Thompson of Buford skates to a win     Image by Jonathan Speights
Buford, Columbus and Westover jousted in the Boys race with Buford warming up for region taking the win. Josh Thompson of the Wolves won the overall race in 17:34. Woodward's boys did an obvious tempo run re-familiarizing themselves with the course changes. Bo Bridges from Columbus placed 2nd in 17:37 with Austin Thompson of White County 3rd in 17:41.
Girls 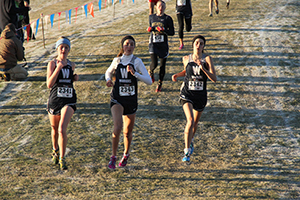