The AA Girls race was a one woman show put on by Valwood's Mary Alice Smoot as she attacked the LCA course all alone (much like Kaleb McLeod) with her coach/father former Valdosta State coach Todd Smoot urging her on posting a 19:53  Westminster Christian from Oconee County easily won the AA Girls team title as their was a battle royale for 2nd between 3 schools separated by 5 points. 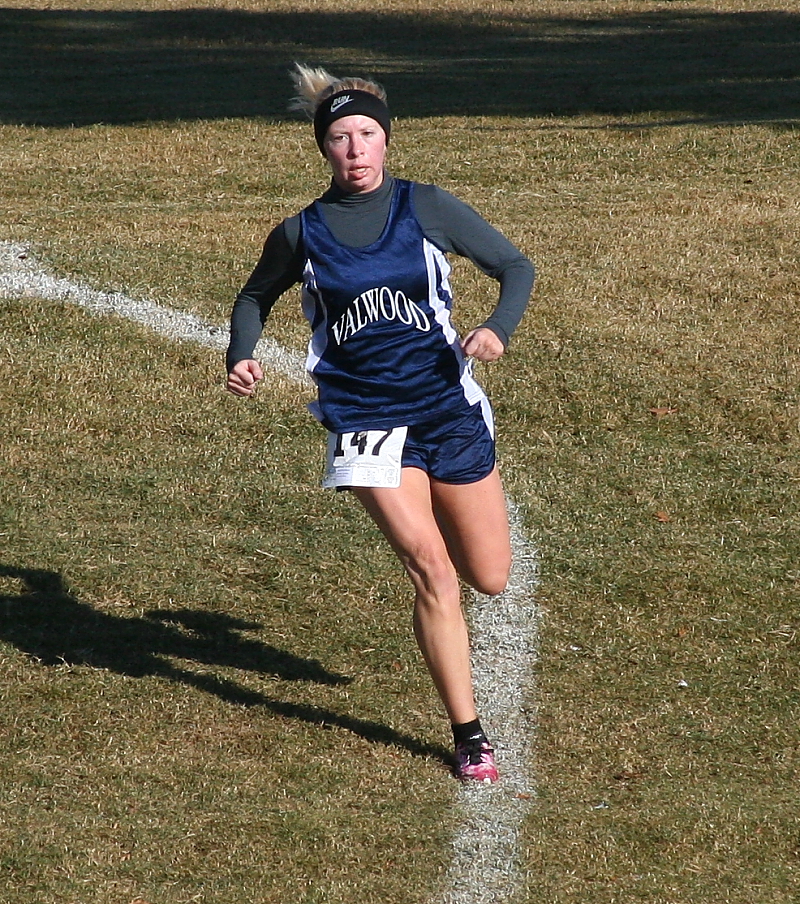 Mary Alice Smoot of Valwood, ended her HS Cross Country career winning the AA Girls State title in 19:53   Image by Bruce Taylor
Mary Alice Smoot has been dominant all season in AA and was never challenged, taking home the AA Girls Individual title her senior season clocking a 19:53. Smoot actually prefers the Track (especially the 800/1600) to Cross Country. It would have been fantastic to watch her go against Ruthie Powell and Jamie Holodak in the AAA race earlier. Courtney Been of Frederica placed 2nd in 20:50, Abigail Snyder of AA team champ Westminster Christian was 3rd at 21:06, Katherine McGarr of Crisp Academy 4th in 21:13, Lacey Bishop of Robert Toombs 5th in 18 followed by Emily London of Covenant Academy in 21:25.
Team Race 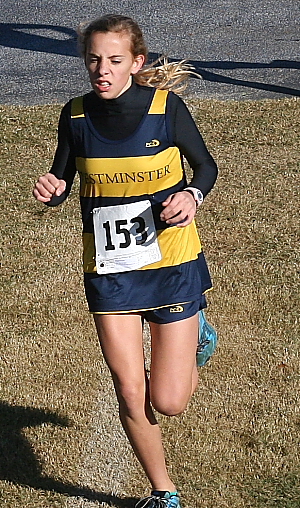 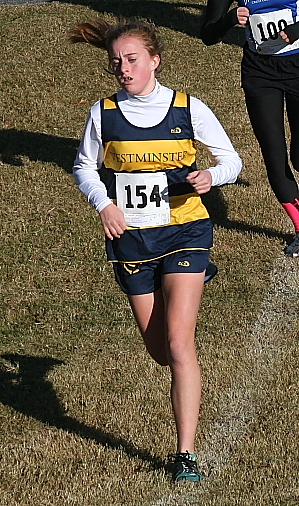