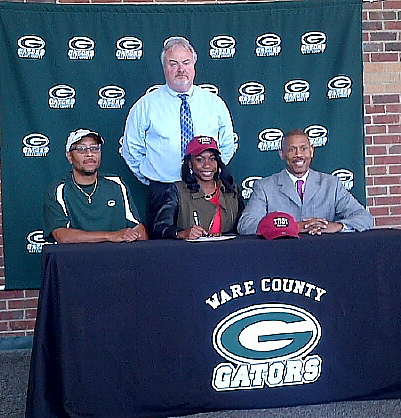 Sierra King of Ware County HS signed her National Letter of Intent to attend Troy University (Troy, Alabama) on a Track and Field Scholarship on March 11, 2013. Sierra specializes in the 100 meter dash, 200 meter dash, and 4 x100 Meter Dash Team Relay.  She holds the school record in both the women’s  100 meter dash and 200 Meter Dash.  She has been a National Qualifier in both the AAU and USATF National Junior Olympics. Pictured in the attached photo seated from left to right are Ware County High School Track Coach Alvin Nelson, Sierra King- recipient, Deron King (Sierra’s Father), and standing is Dr. Tim Dixon the Ware County High School Principal.  Sierra would like to send a special thanks to her parents, her high school coaches including Coach Alvin Nelson and Coach Alesia Gibson as well as her AAU Coach Marvin Shannon who has provided her training since elementary school. 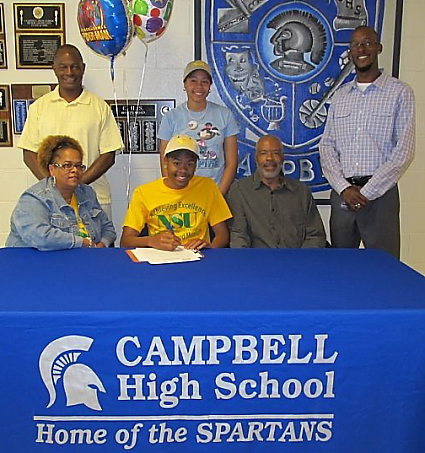 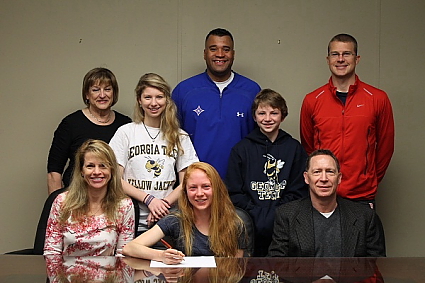 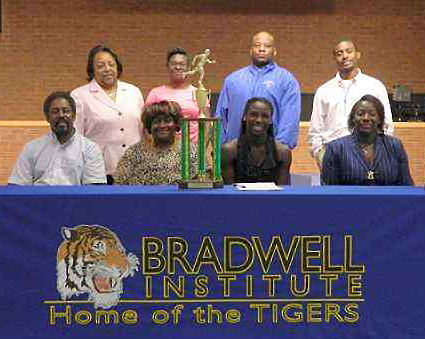 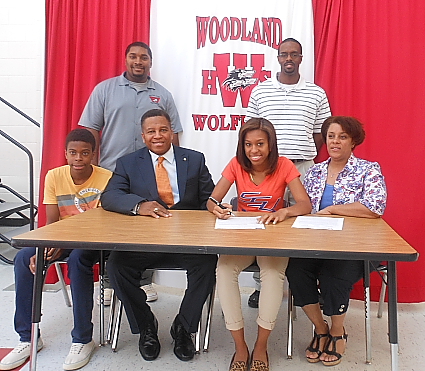 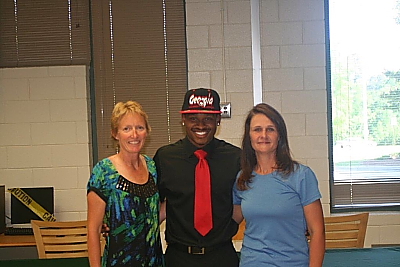 Jeremy Harden from Greenbrier HS in Evans, will compete for the UGA Dawgs. Harden is flanked by Coaches Kate Smallwood (l) and Stephanie Basinger (r) 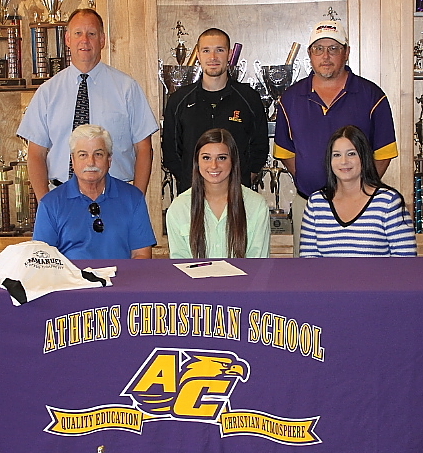 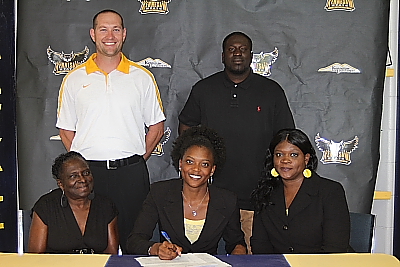 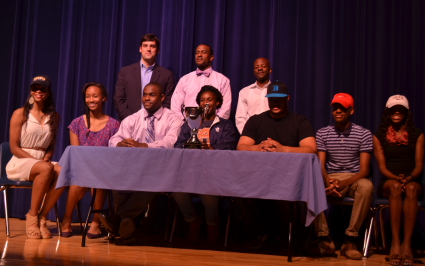 Westlake HS is sending a group of athletes onto the next level to compete. Including: 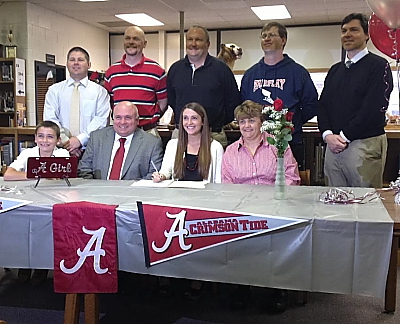 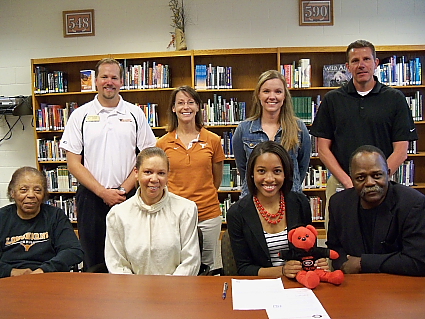 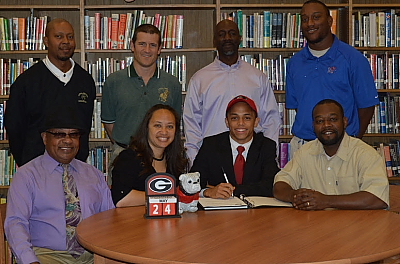 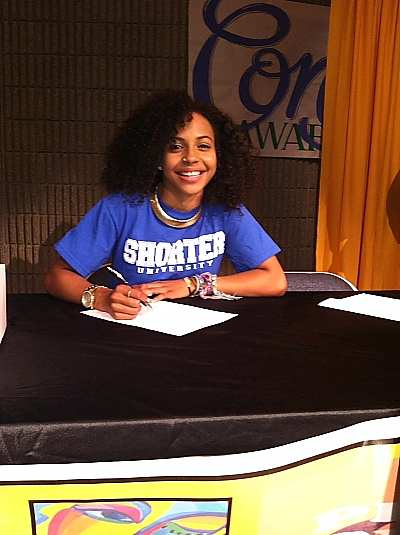 Giselle Webb of Maynard Jackson signed a letter of intent  on 5/15/13 to attend Shorter University in Rome, Georgia.Webb is the school record holder in the 100, 200, and 400 meter runs and  is the most decorated female athlete ever to attend Maynard Jackson High School. 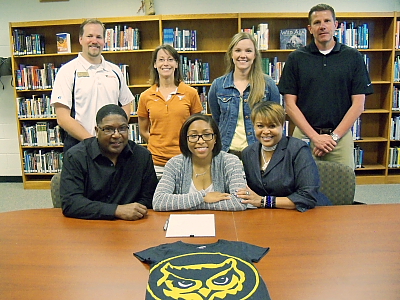 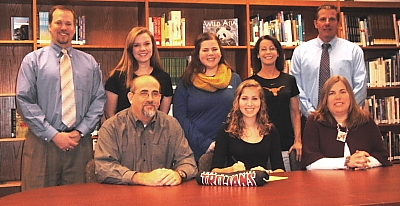 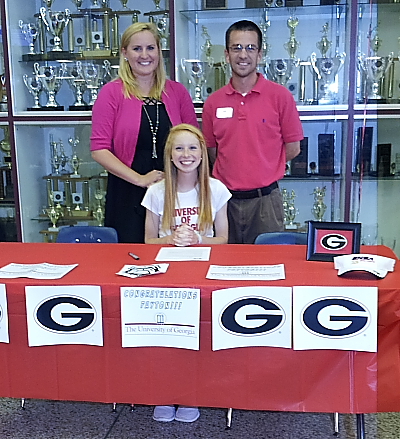 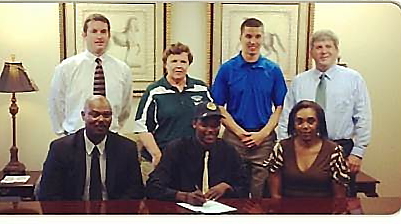 Terrell Singleton of Kennesaw Mountain High School signed a letter of intent for  Track and Field with Kennesaw State University. He plans to major in Broadcasting or Business Administration. Terrell would like to thank his parents, Willie and Tanya Singleton for supporting his dream to run at a collegiate level. He would also like to send a special thanks to  his coaches for their expertise and training. Coach Falkner & Coach Edmiston(HS Coaches), Coach Blane, Coach Burr, & Coach “T” Jones(AAU Coaches). He is joined by: 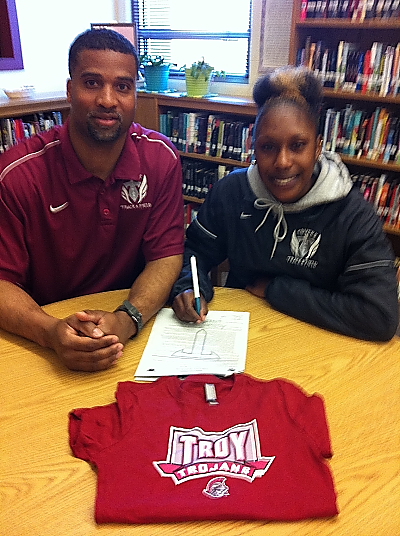 Nesha Defoe from Towers HS crosses the timeline to compete for Troy University.